Our recommendation to visit Poland 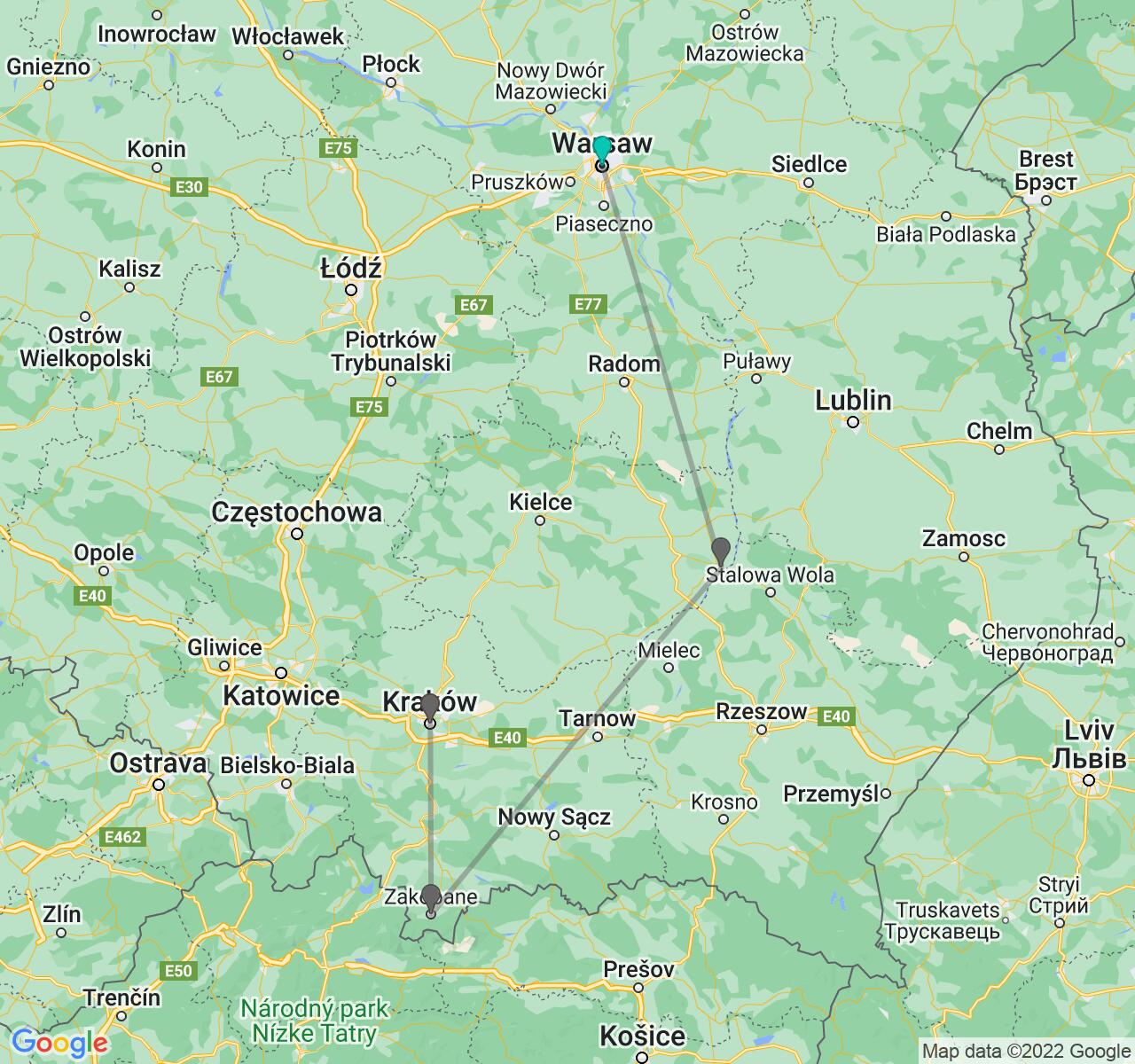 Jewels of Poland in 9 days

Our recommendation to visit Poland and neighboring countries 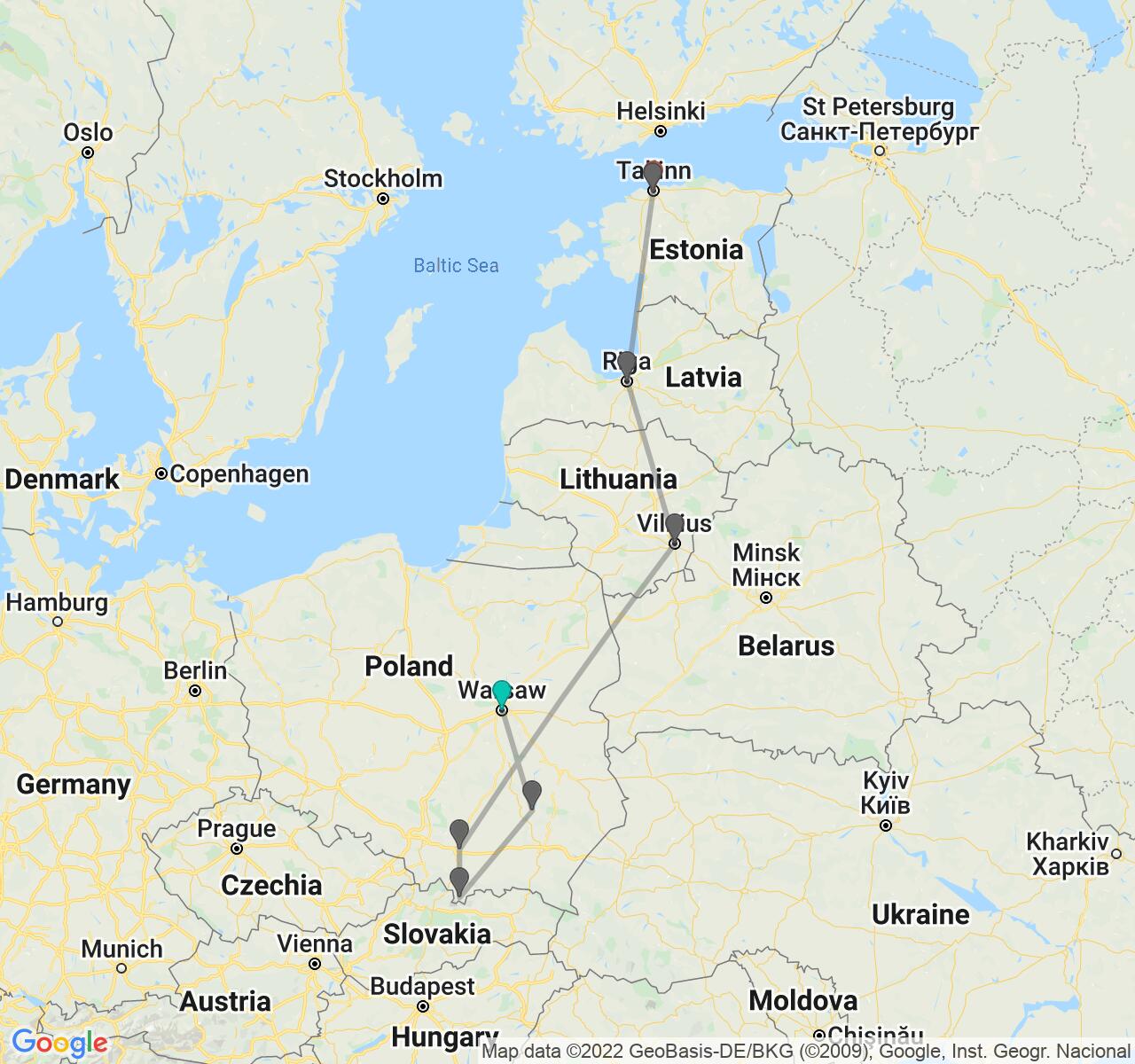 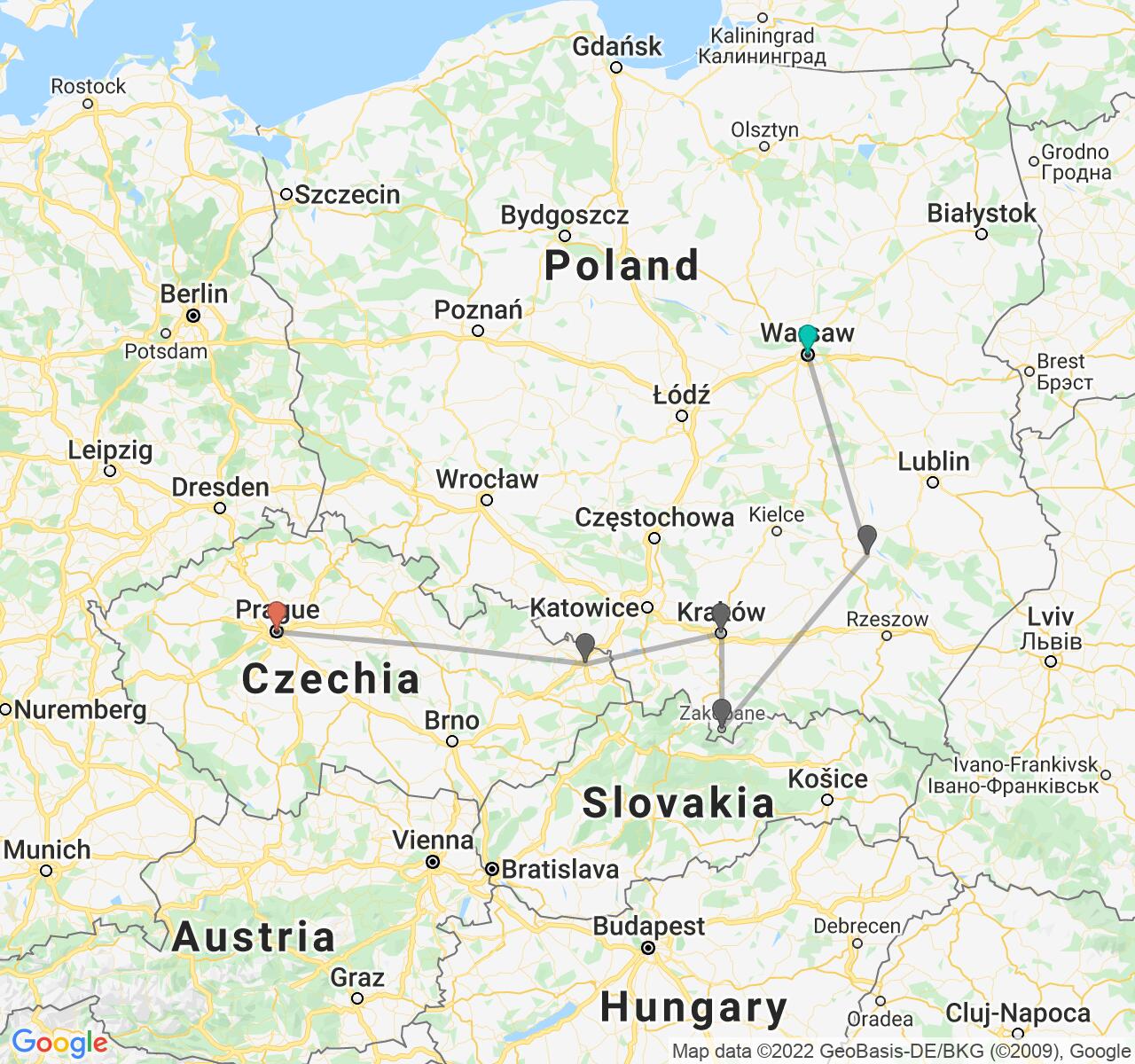 Our trip was wonderful beginning to end.

The communication before and during our trip was great. Guides and drivers always showed up on time. The accommodations were comfortable. Any questions were handled well and in a timely manner. Excellent help with getting covid test to come back to the US. We couldn't have been happier.

Stylishly combining well-appointed, historic cities with bundles of unspoiled natural landscapes, Poland is a diverse, yet underrated travel destination. Its cities may have long been popular as city-break destinations, such as Warsaw, Krakow, and Gdansk, but there’s plenty more to explore on a package holiday to Poland, from the remote highlands of the Carpathians to the beautiful lakes and waterways of northeastern Poland and the Jewish heritage trails of cities such as Lodz.

A holiday to Poland will open your eyes to a charming nation, filled with traditions, magical cities, heaps of natural beauty and fairytale castles, such as Ogrodzieniec Castle in Silesia. The capital, Warsaw, reveals a more modern side to Poland as its a thriving center of business, whilst Krakow, the cultural capital, dazzles visitors with its well-preserved UNESCO protected old town center and Wawel Castle.

On the other hand, the pretty port city of Gdansk is the center of the world’s amber trade, making it a must-visit for travelers with an attraction to the finer things in life.

From medieval castles to Bronze-age archaeological sites and poignant reminders of World War II, in Poland, history is a living and breathing entity. Western Poland, a Slavic tribe, dominated the region and gave Poland its name in around the 8th-century AD.

The Kingdom of Poland unified in 1025 and the country prospered, opening its borders to German merchants who founded German towns, especially in Pomerania. The 13th-century was marred by Mongol invasions and the defeat of the Polish by this mighty eastern kingdom, although they retreated shortly thereafter, only to be followed by the Teutonic Knights of the Crusades. In 1569, Poland joined with the Grand Duchy of Lithuania and enjoyed a successful few centuries as one of Europe’s most populous and liberal kingdoms. Despite ongoing territorial disputes, the early 20th-century saw Poland solidify its independence with the signing of the Treaty of Versailles following World War I, but, unfortunately, World War II had a devastating effect on the nation. Around 6 million Polish citizens died during the conflict, leaving the country unrecognizable. Many of these citizens were taken to concentration camps, such as Auschwitz, an emotional place to visit during a Poland tour package. Following the war, Poland became part of the Soviet Union until 1989, when it emerged as an independent democratic republic. Today, Poland is a member of the European Union and home to an amazing 16 UNESCO World Heritage Sites which showcase its rich history.

From the breezy Baltic Coast to the snow-capped Tatra Mountains in the south, Poland is vast, diverse and, in large parts, untouched, with three lake districts, 70 mountains over 2000 meters in height, and thousands of square kilometers of virgin woodland. There’s far more to Poland than its cities and if you get the chance to explore off the beaten path, you’ll be greatly rewarded. One of the most impressive natural wonders to explore on a trip to Poland is the Tatra National Park, a land of rock and ice, home to the country’s highest peak, Mount Rysy. Ski-fields and hiking trails help to keep visitors entertained in the breathtaking pristine environment. In the lowlands, an unmissable natural wonder is the primeval Białowieża Forest, one of the last vestiges of the ancient woodland which once covered Central Europe. A highlight of any tour of Poland, the Białowieża Forest is home to colossal oak trees and wandering bison. Up in the north on the Baltic Sea, in the region of Pomerania, you can find the charming Polish seaside and Slowinski National Park, a huge, drifting sand dune, with excellent walking trails and beautiful coastal views. Poland also boasts rich and diverse wildlife. Many species long-gone from the rest of Europe can still be found in Poland’s untouched habitats, such as the grey wolf, Eurasian lynx and brown bear.

A largely homogenous population means Poland is rich in unique traditions and folklore. Much of the population is Roman Catholic, perhaps most famously the first Polish Pope, John Paul II. The official language is Polish and, unlike many other European travel destinations, you’ll be hard-pushed to find public signage written in English, so it’s a good idea to learn some basic words in the native language before you travel to Poland. Easter and Christmas are a big deal in Poland and during national festivals, you’ll see locals in traditional dress, which tends to be highly embroidered and colorful. A rich literary, artistic and musical heritage is at the heart of Polish culture, meaning its museums and galleries are plentiful and great places to escape the weather during the colder winter months. If you visit Poland, be sure to check out one of the many open-air ethnographic museums, known as ‘Skansens’ to learn about traditional life throughout the centuries. Poland is also a must-visit for foodies with big appetites. Expect simple ingredients, huge portions, and perfectly executed home-cooking to keep you fuelled for your sightseeing adventures.

From the fairytale steeples of Krakow to the medieval streets of Gdansk, Poland has much to offer the culture-hungry traveler. A tour of Poland is the chance to get beyond the tourist sights, explore the natural beauty of the country’s lesser traveled the countryside and experience the unique, age-old culture of this proud nation.