Our recommendation to visit Vietnam

Our recommendation to visit Vietnam and neighboring countries 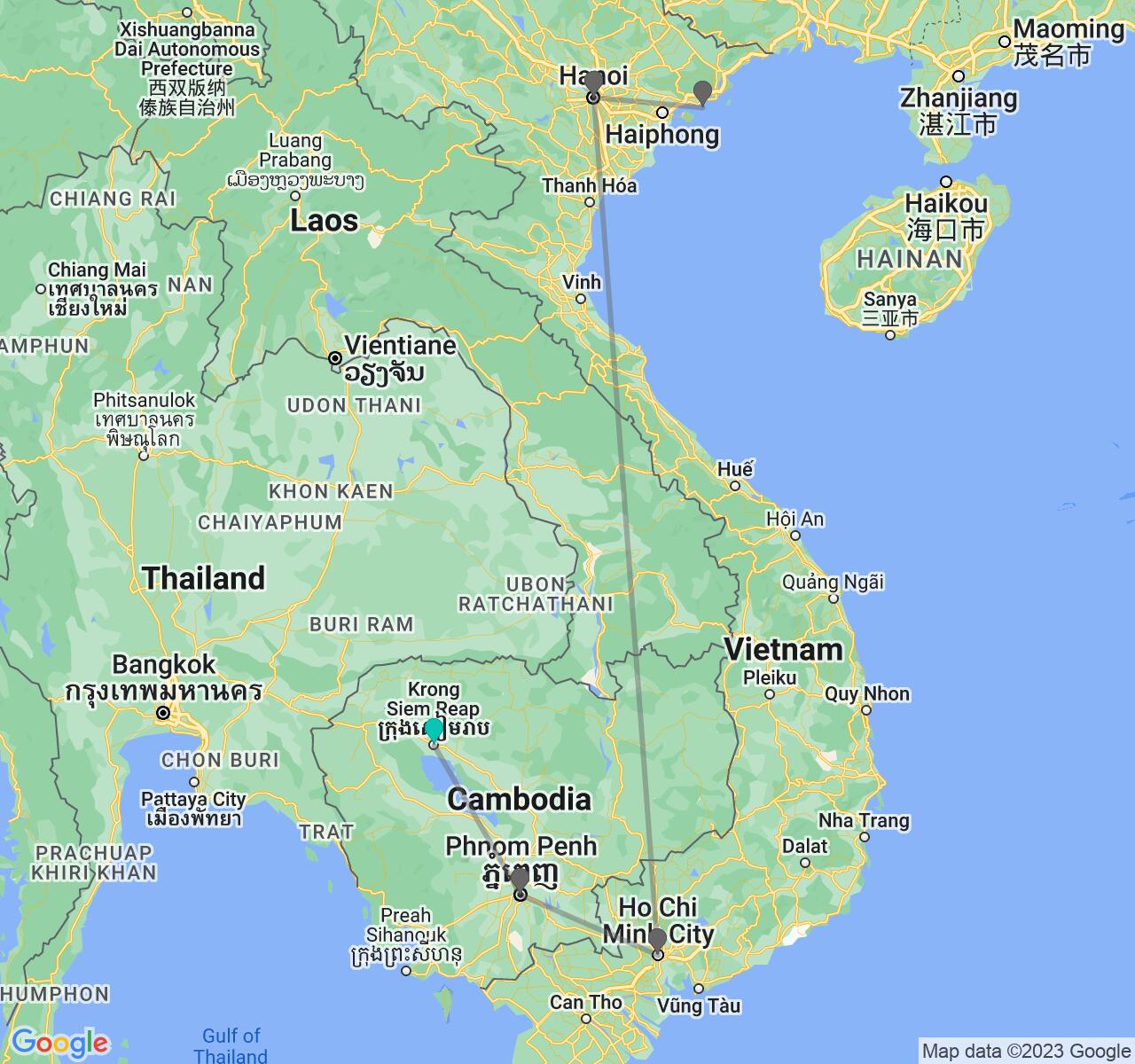 From Angkor Wat to Ha Long Bay in 17 days 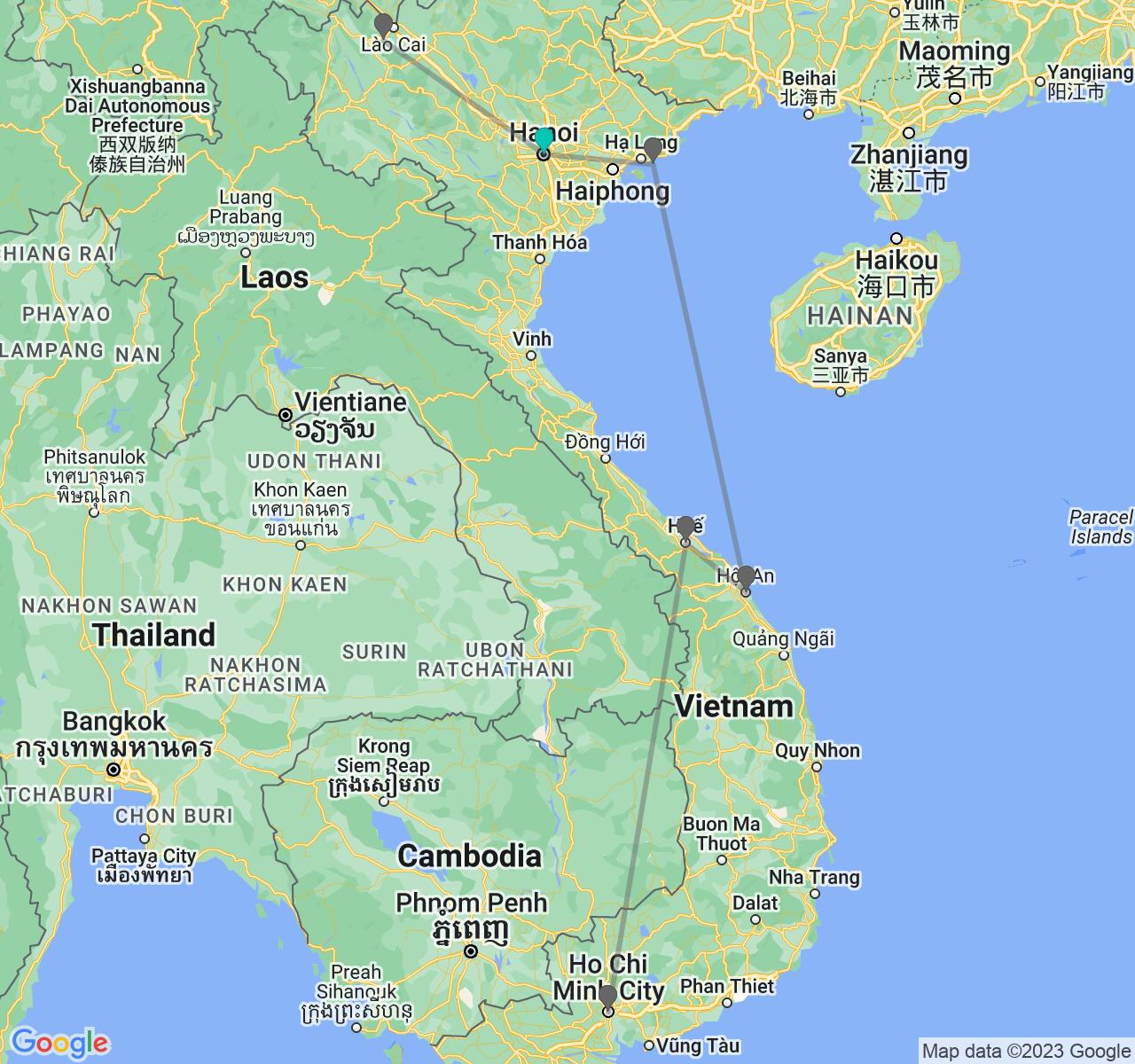 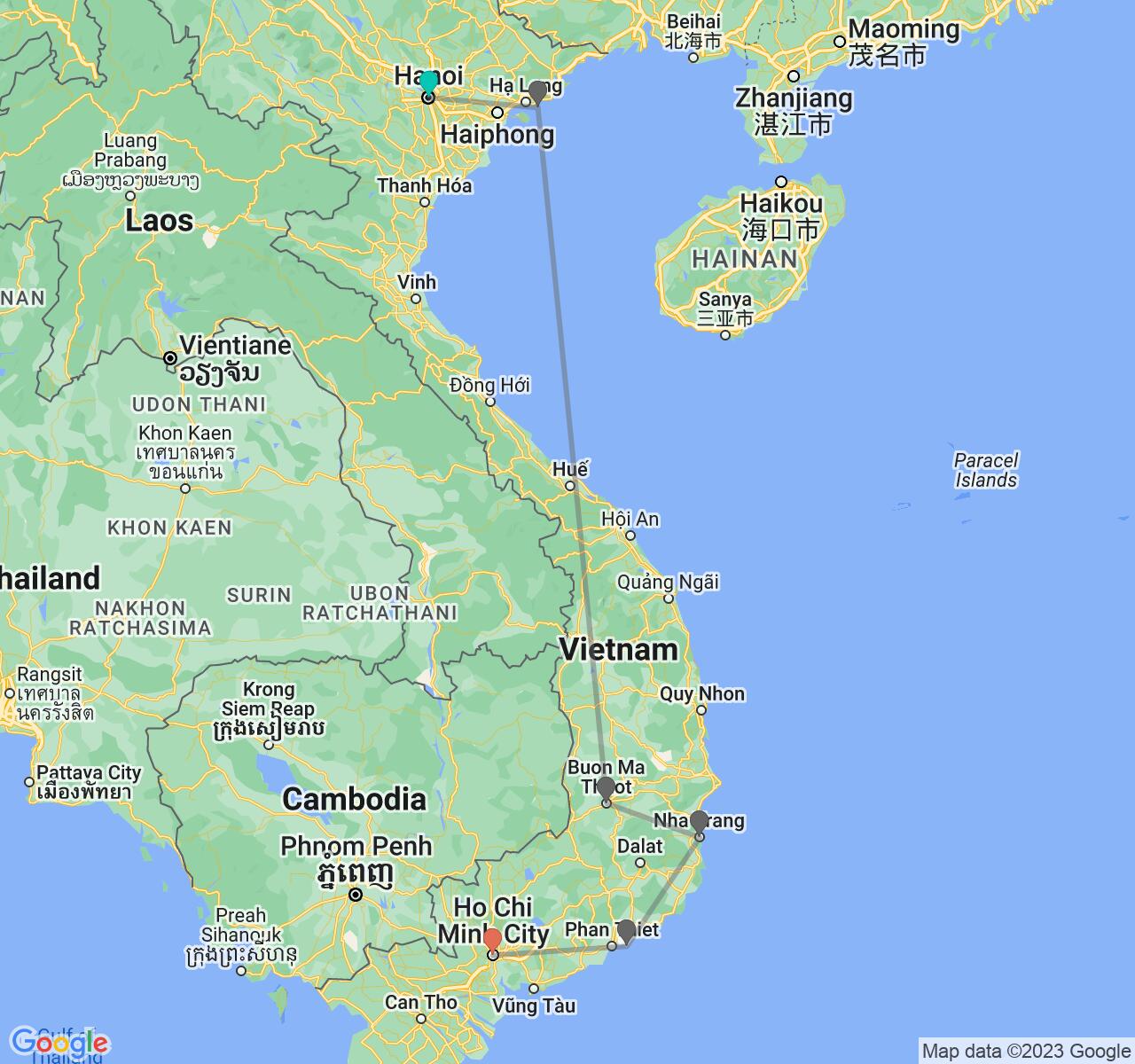 Undiscovered Land of the Blue Dragon in 16 days 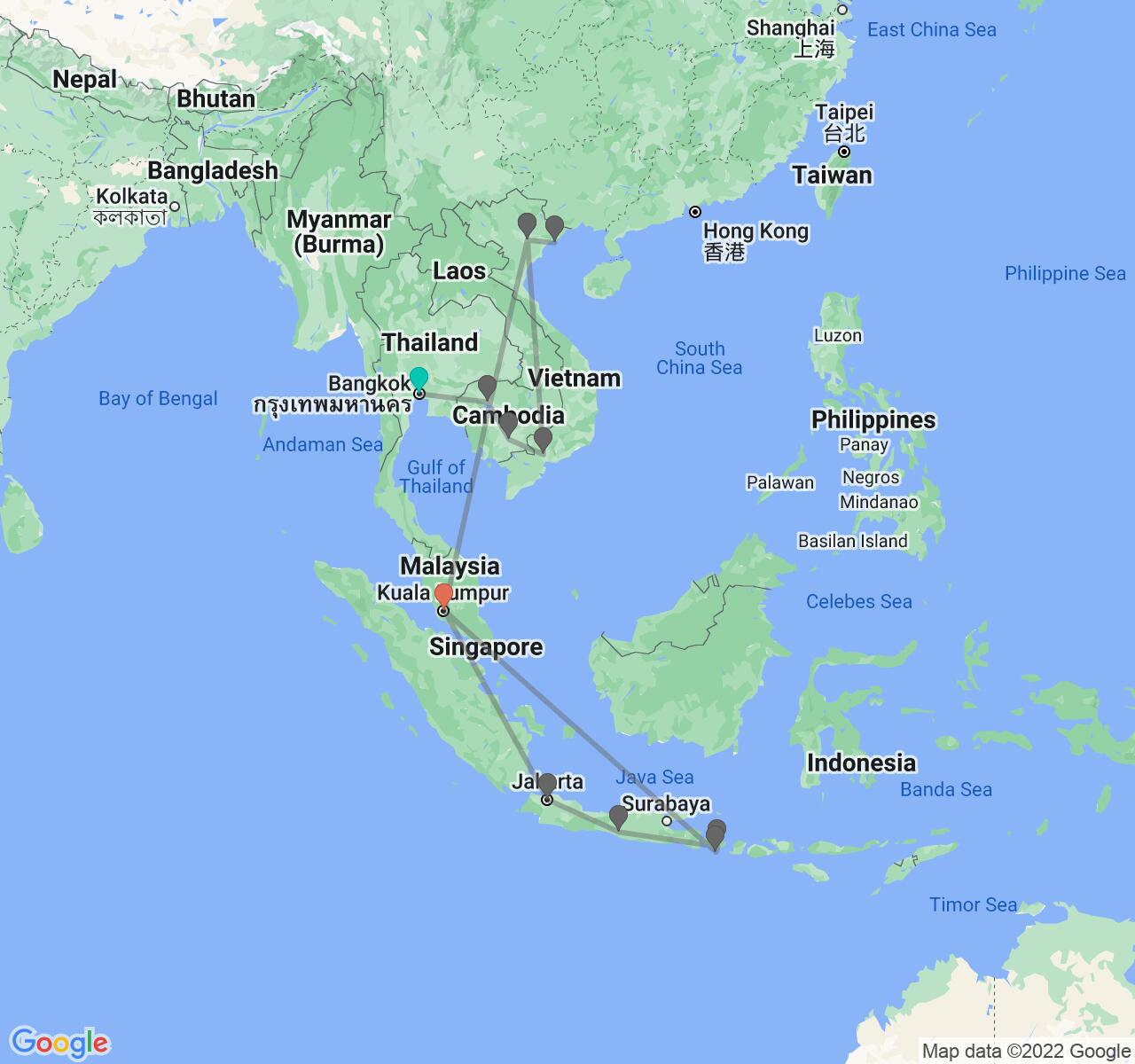 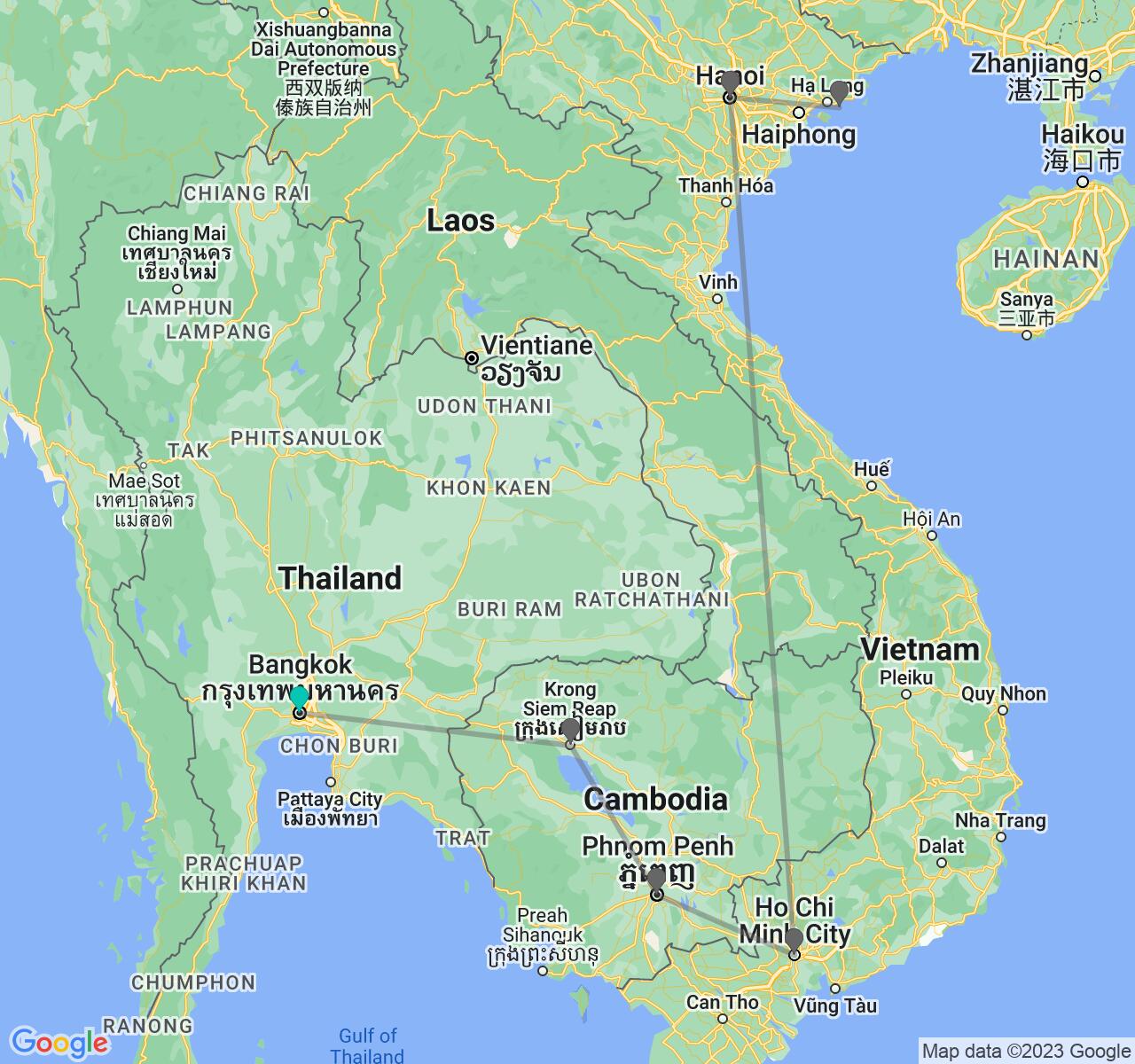 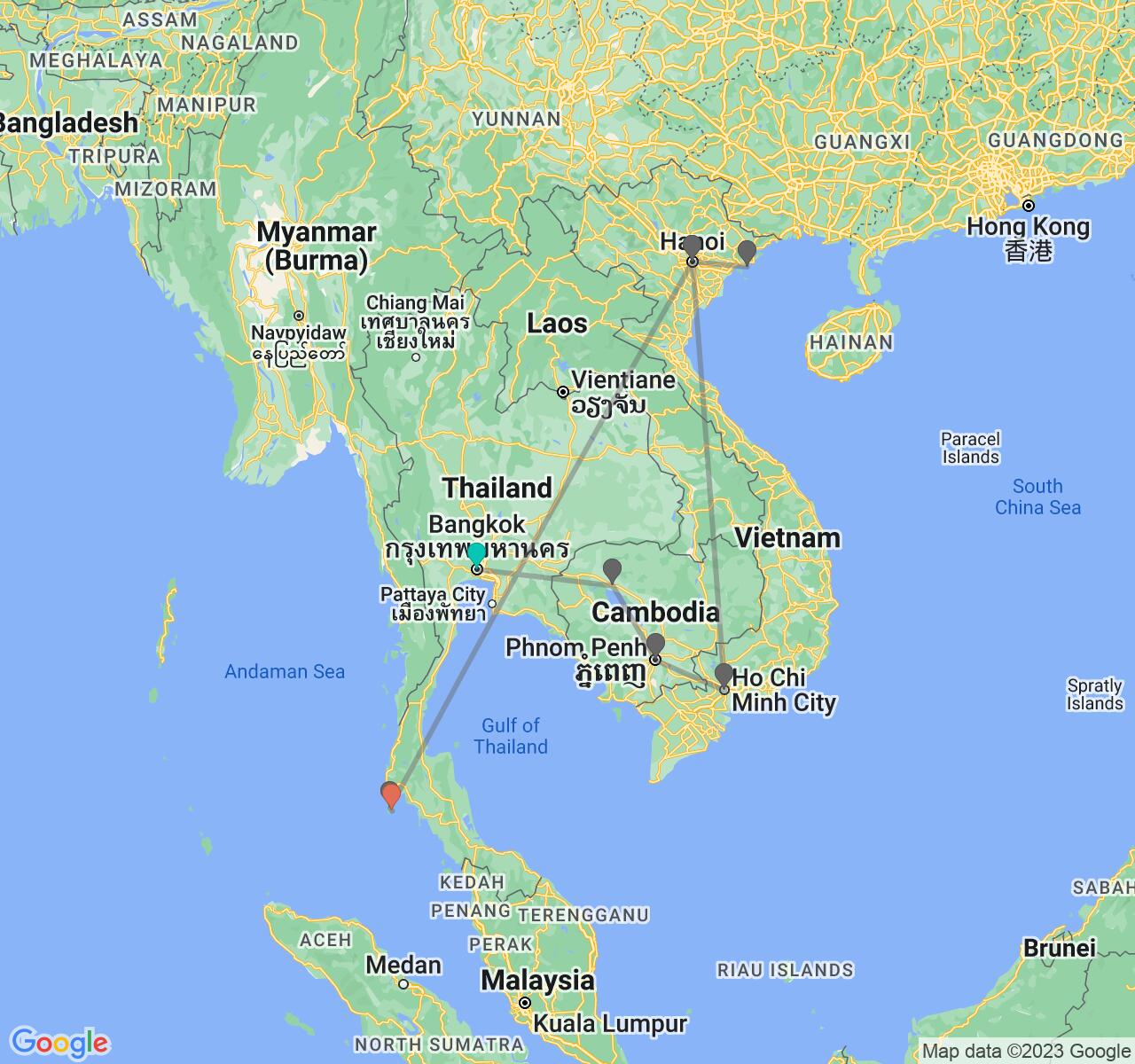 Marvels of Southeast Asia in 23 days

Wonders of Southeast Asia in 22 days

Land of the Blue Dragon & Angkor Wat in 20 days 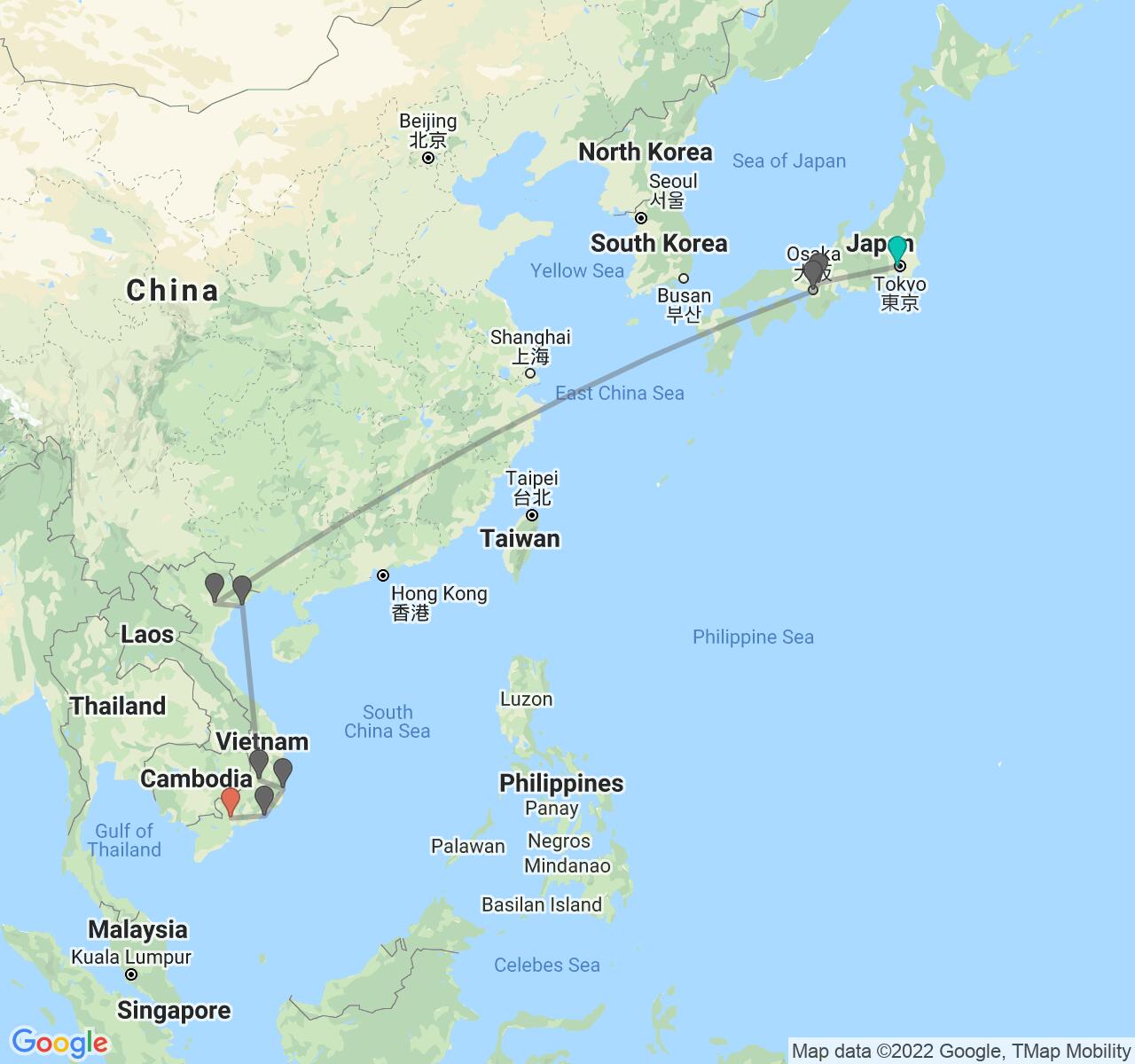 Charms of Nippon & Land of the Blue Dragon in 26 days

I would highly recommend Exoticca

The guides explained well about customs and history. We visited places connected with the war, which was very sad, but we came away with a much better understanding of the history. We travelled in comfortable cars and the guides spoke excellent English. The Halong Bay boat trip was beautiful.

A travel destination loved by all who have visited, Vietnam tour package is the definition of exotic charm and offers visitors a world of Buddhist pagodas, energetic cities, rice paddies, and tropical beaches, not to mention the eternal magic of the winding Mekong River and the magnificent Halong Bay. A Southeast Asian country on the South China Sea, Vietnam shares borders with Cambodia, Laos, and China.

The bustling capital of Hanoi is known for its dizzying traffic, brilliant cuisine and authentic atmosphere, alongside a helping of charming French colonial architecture. On the other hand, the most populous city of Ho Chi Minh, formerly Saigon, in the south of the country, has a more westernized feel. And in the middle of the country, the cozy Hoi An will show you the lighting of Vietnam.

It is true that Vietnam tours will show you a land of contrasts, from the sleepy hills of Sapa to the idyllic beaches of Phu Quoc and the desert sand dunes of Bao Trang, Vietnam is as diverse as it is enchanting.

A socialist republic, the country has a distinctly exotic feel that is so often desired by intrepid travelers, both in the otherworldly beauty of its natural wonders and in its dynamic non-stop cities. So dive into a nation filled with mouth-watering street food, millions of motorbikes, awe-inspiring scenery and some of the warmest and most hospitable locals you’ll ever meet with a holiday to Vietnam.

Vietnam’s turbulent 20th-century history is well-know, but the country has a long and fascinating heritage that has shaped the country into what it is today. The territory of modern-day Vietnam has been inhabited since Paleolithic times and for over a millennium it had close ties with China, a period in history that heavily influenced the countries culture, traditions, and beliefs.

It was not until the 10th-century that it emerged as an independent kingdom under a monarchy, marking a long period of imperial dynasties, each leaving their own mark on the country and its people. You’ll notice the French influence if you go on package holidays to Vietnam, which began in the 18th-century as the peninsula was colonized and settled by the French, eventually becoming French Indochina. The majority of the French settlers made their home in Ho Chi Minh, or Saigon as it was called, leaving a legacy of exceptional architecture such as the Notre Dame Cathedral and the Central Post Office; not to be missed on a package tour of Vietnam.

During the years of World War II and the First Indochina War, communist nationalist groups gained momentum in Vietnam, resulting in the division of the country into North and South. The Vietnam-America War followed as the two parts of the country, backed by their corresponding allies fought each other for control of the nation. This devastating conflict endured for almost 20 years, culminating in the Fall of Saigon in 1975, bringing about the reunification of the country as a Communist state. Many relics of this turbulent time can be revisited on a tour of Vietnam, particularly in Ho Chi Minh City at the War Remnants Museum or the Cu Chi Tunnels.

One of the unique characteristics of Vietnam is its huge length, with a coastline which stretches a staggering 3,455 kilometers from north to south. Luscious beaches dot the coastline whilst inland you’ll find dense forests, rolling hills, and rice paddies. The two delta regions of the Red River Delta and Mekong Delta offer travelers on a tour of Vietnam the opportunity to experience the most representative examples of rural life amongst the flooded plains and mangrove forests where the river is both a means and a way of life.

In the north of the country, Sapa stands out as a shining example of Vietnam’s natural beauty; an emerald green paradise of hillside rice terraces, hiking trails and villages, offering fresh air and respite from bustling city life. It’s easily accessible from Hanoi. The country’s best known natural wonder is Halong Bay, an icon of Vietnam. Bejeweled with thousands of vegetation covered limestone karsts, its mystical waters invite you to spend lazy afternoons relaxing on the deck of a traditional ‘junk’ boat, appreciating the eerie quiet of the landscape. It’s an obligatory stop if you travel to Vietnam.

Phu Quoc Island is Vietnam’s answer to sun-soaked paradise. Here you can find the best beaches in the country and enjoy the laid back vibe of the island, located off the south coast of the mainland. The islands of Can Dao are another favorite of those looking for a beach-side escape in Vietnam and also the Nha Trang city.

Vietnamese culture is the result of many different influences over the centuries which have given the nation a unique identity. Chinese, Khmer, and Champa cultures have all impacted on the cultural landscape, although the French influence is clearly seen in the use of the Latin alphabet and the popularity of Catholicism in Vietnam.

If you take a tour of Vietnam and have the chance to immerse yourself into local life, you’ll find that family and community are more important values than individualism, and it is common for large extended families to live together. The cuisine is a favorite with foodies around the world, for its unique flavor combinations and fresh, spicy aromas.

When it comes to religion, a large proportion of the population hold Buddhist and Catholic beliefs, but the majority of Vietnamese do not follow any religion at all or continue to practice Vietnamese folk religions and traditions. Many Vietnamese are very spiritual and believe in omens and bad luck. Vietnam tour package during a national festival, such as Tet Nguyen Dan, the lunar new year and a celebration of spring, is the perfect way to experience the local culture, especially the appreciation that the Vietnamese have for their ancestors.

Holidays to Vietnam are one of the most exotic travel experiences you could wish for. The exquisite natural beauty, warm hospitality of the locals and fascinating culture and traditions are worth traveling for!