Our recommendation to visit Mauritius

All-Inc. Getaway to the Island of Eden in 8 days

Our recommendation to visit Mauritius and neighboring countries 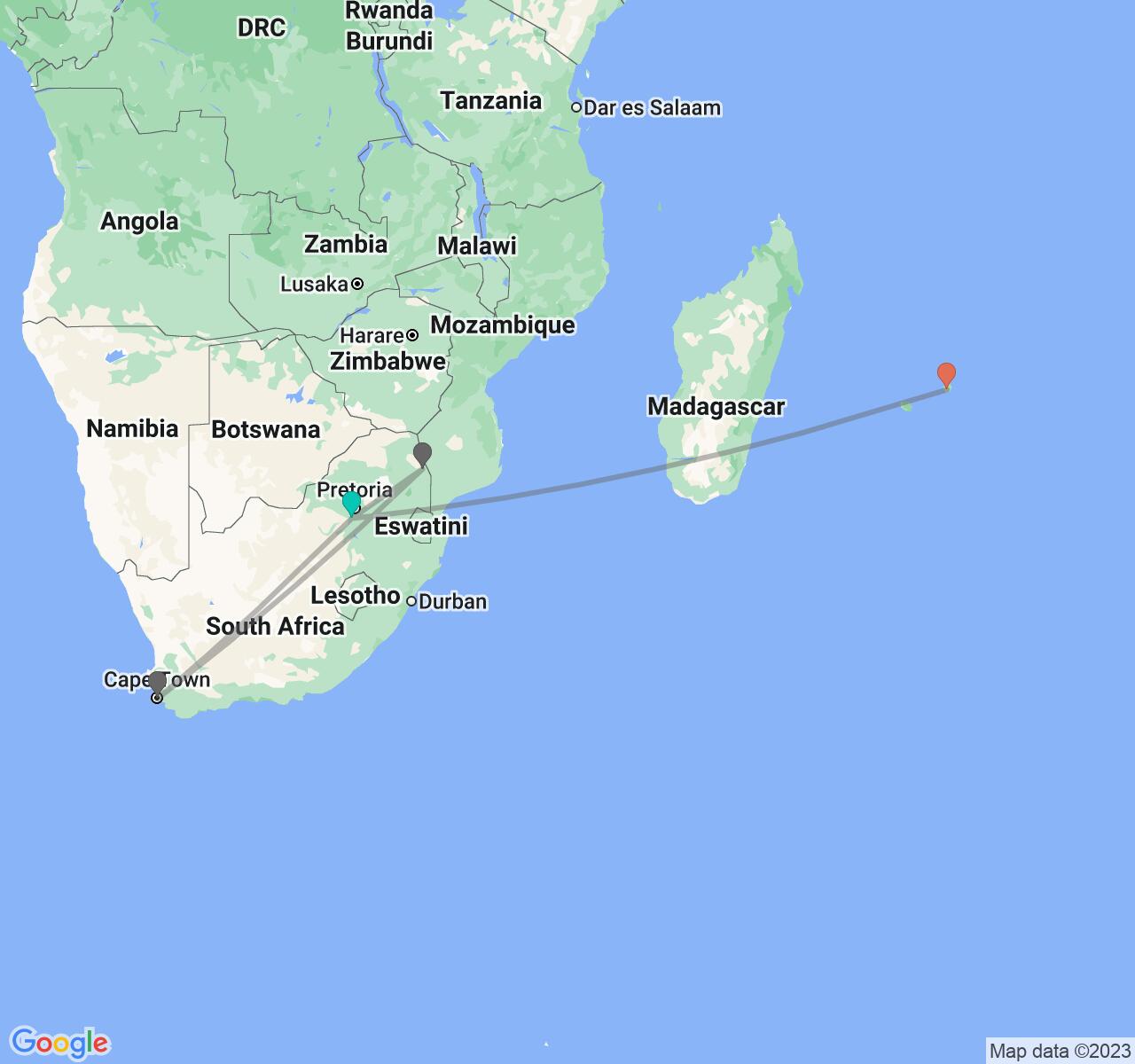 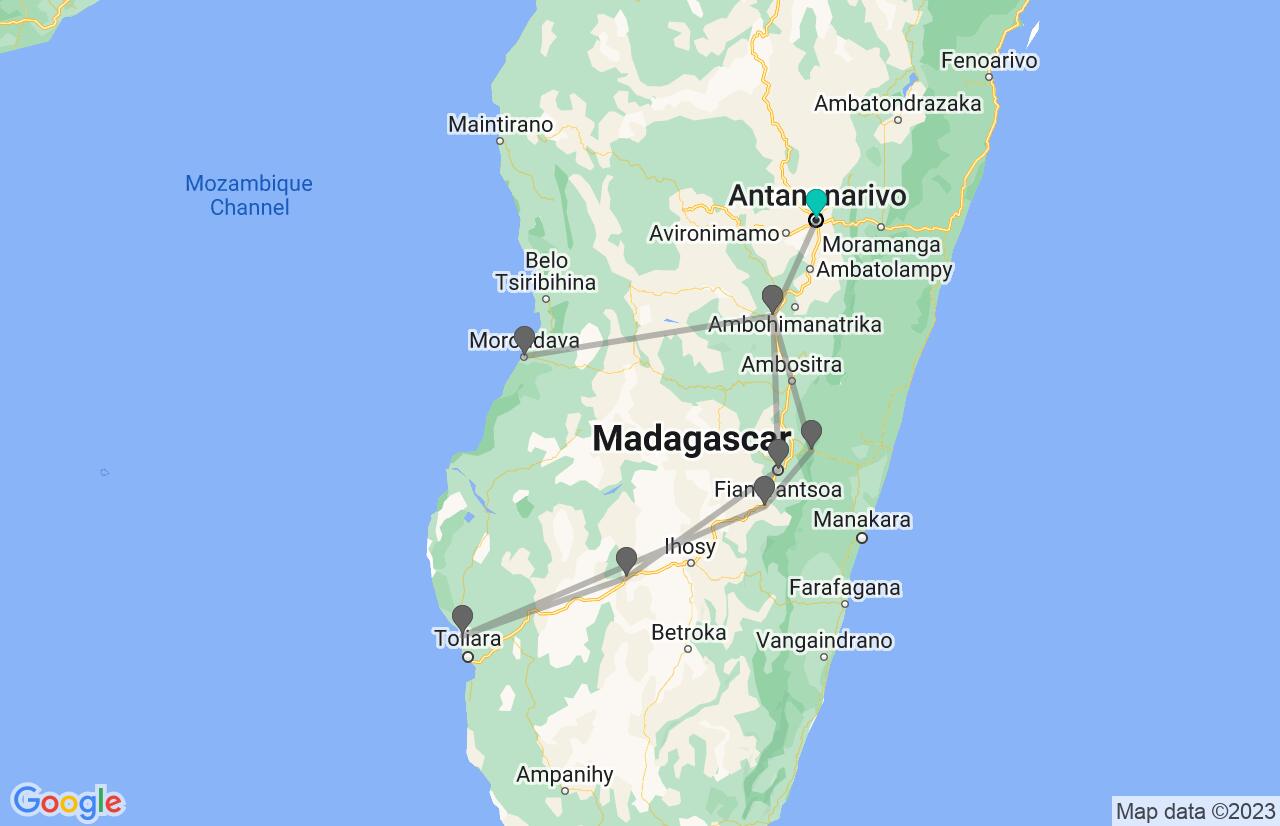 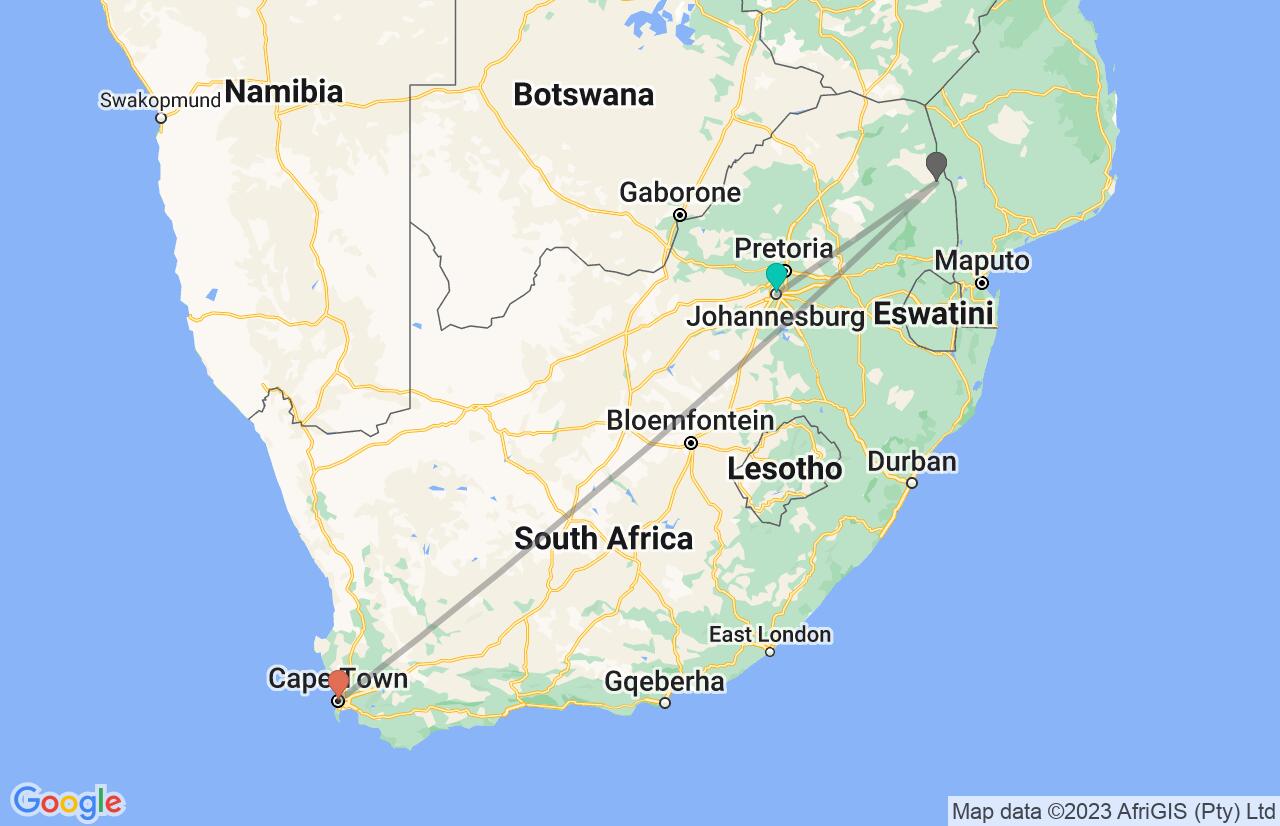 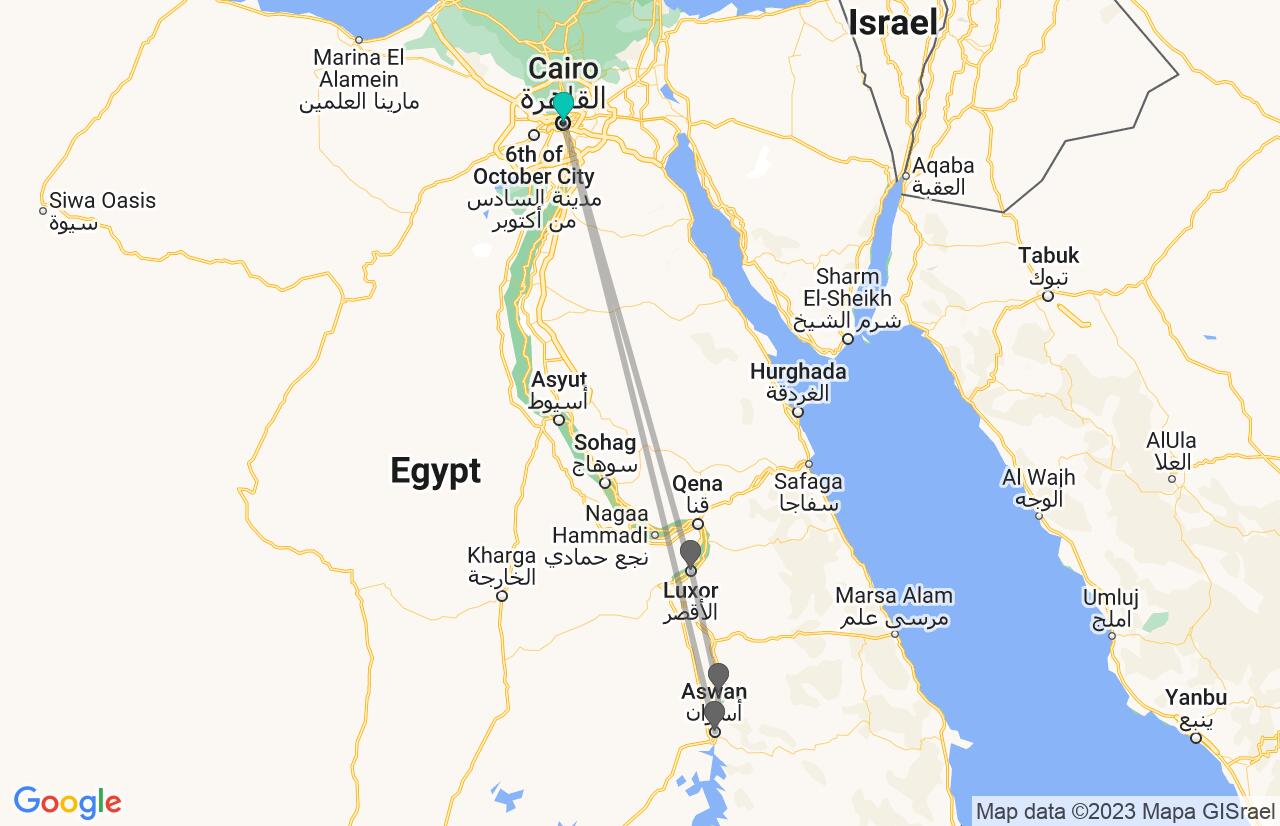 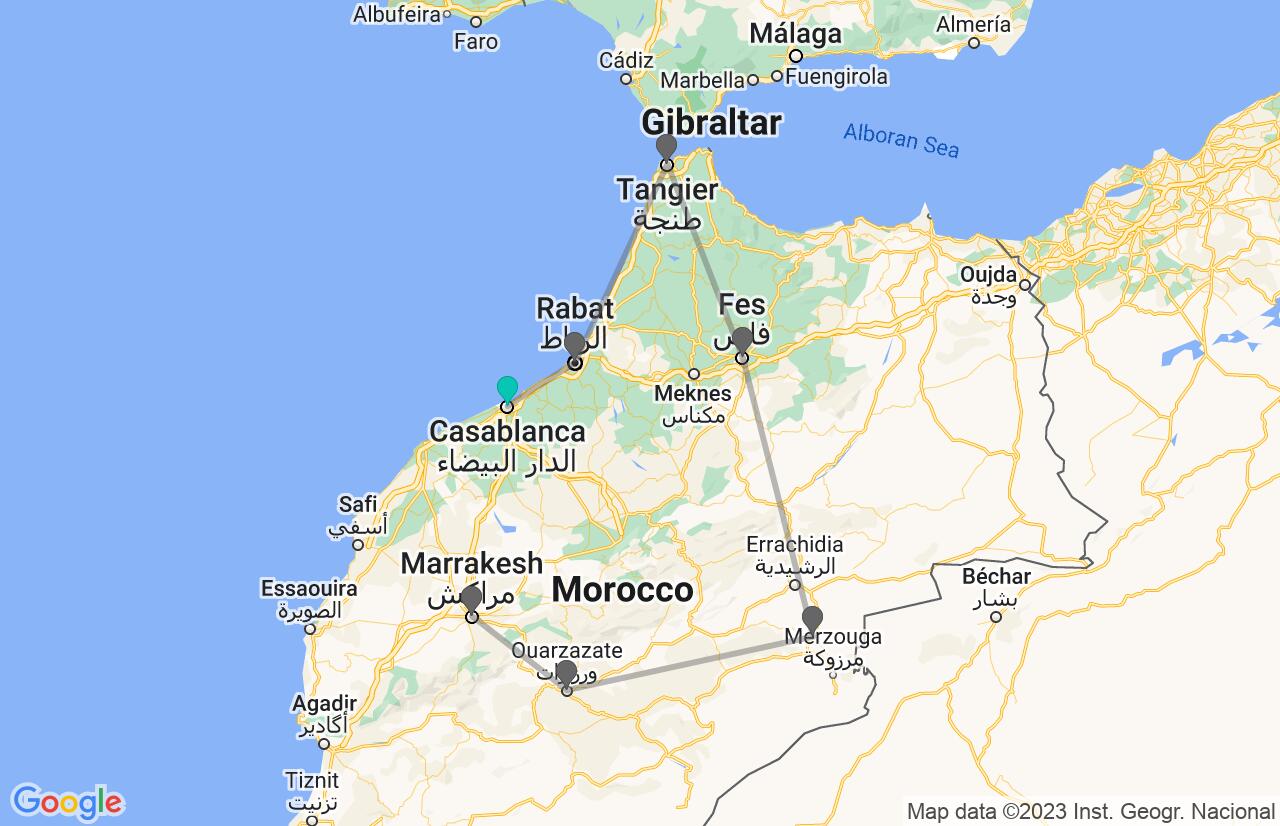 Thanks for arranging such a fantastic Honeymoon.

We had an absolutely fantastic holiday and without a doubt will be using Exoticca for future trips.

An island nation, deep in the Indian Ocean, Mauritius, a tropical paradise of palm-fringed beaches and lush mountains, has long been a favourite travel destination. Known as the ‘Island of Eden’, its heavenly beaches are a honeymooners paradise. Beyond the charms of the coastline, vibrant cities, such as the capital of Port Louis, are cultural melting pots, home to colonial-era markets, temples and restaurants serving cuisine as diverse as the island’s population. On a holiday to Mauritius, you’ll want to explore the entire island.

Whilst on the east coast, you can find plenty of sleepy fishing villages and quiet beaches, the west coast is home to a rich array of natural attractions such as the iconic Le Morne Brabant Mountain, Chamarel’s ‘Land of Seven Colours’. It’s also on the west coast from which many dolphin-spotting cruises depart. Known for its rich biodiversity, Mauritius was once famously home to the now extinct Dodo, but today the Central Plateau is where you’ll find many rare plant and animal species in its lush tropical habitat.

A mix of African, Asian and Arabic cultures fuse beautifully to make a trip to Mauritius a diverse and unique travel experience. No matter how inviting the white-sand beaches of the coastline are, a holiday to Mauritius is incomplete without contemplating its colourful cities, rich natural wonders and epic biodiversity.

Mauritius is characterised by its diverse and varied history, with several different European powers colonising the island over the centuries, due to its location on the Indian Ocean naval trade routes. The first mention of this African island was by Arab explorers, who named it ‘Desert Island’ in around the 10th-century. Portuguese explorers sighted the island in around 1507, although did not settle it, instead, choosing to use it as a port of call for valuable food and resources along their trade routes. Mauritius was given its present name when the Dutch began exploring the island in the 17th-century, with settlements springing up in the 1630s.

The Dutch were concerned with gathering the precious natural resources on the island such as ebony wood and ambergris, a substance used to make expensive perfume. Due to less than optimal conditions for agriculture to thrive on the island, the Dutch abandoned Mauritius by the beginning of the 18th-century. Shortly thereafter, the island was settled by the French, who built many roads, buildings, fortifications and amenities in Port Louis, many of which you can see on a tour of Mauritius today. Indian artisans and workers also settled on the island during this period.

During the Napoleonic Wars, Britain took Mauritius from France and soon gained popularity with the locals due to their promises of religious freedom and respect of local culture, law and customs. Mauritius remained under British rule until 1968 and became a republic in 1992. Its complex history and diverse nature of its inhabitants means a holiday to Mauritius is a unique opportunity to experience many different cultures in a relatively small area.

A real-life ‘Garden of Eden’, Mauritius is known for its natural abundance and diverse habitats. This tropical island is a paradise for nature lovers and its year-round warm temperatures mean a trip to Mauritius is a perfect adventure any time of year. Due to its temperate climate, Mauritius has long been a centre for sugar cane, tea and vanilla plantations. The most famous icon of the island is Le Morne Brabant Mountain, a UNESCO World Heritage Site on the southwestern tip of Mauritius.

A rugged mountain that reaches 556 metres into the sky is the highlight of this picturesque peninsula, which is also home to an idyllic lagoon, caves and clifftops. Its micro-climate encourages distinct flora and fauna to flourish on the peninsula. Aside from Le Morne Brabant, many tourists choose to travel to Mauritius to see the amazing ‘Land of Seven Colours’ in Chamarel, an otherworldly geological formation composed of multi-coloured sand dunes separated into surreal rainbow-hued lines. Finally, Mauritius is famed for its amazing biodiversity and it is home to some of the rarest animals and plants on earth.

The iconic Dodo was endemic to the island, although the introduction of non-native species caused the extinction of a number of Mauritius’s most delicate inhabitants. Today, the flying-fox is the only extant endemic species remaining on the island, although the coral reef that surrounds the island is well-known for its rich marine life and is considered one of the world’s greatest diving hot-spots.

Sometimes referred to as the ‘Rainbow Island’, due to its rich cultural diversity, Mauritius is home to a melting-pot blend of several cultures whose roots can be traced back to its complex history. French, English and Creole are widely spoken and the islands most famous cultural icon is its ‘sega’ music and dance, a genre that is unique to Mauritius, originating from the music of African slaves. To get to the heart of the nation’s culture, during a trip to Mauritius, head to Port Louis’ bustling Central Market or catch a sega show at a local nightclub. Hinduism, Islam and Christianity are three popular religions in Mauritius and you’ll find all three coexisting peacefully. To trace the importance of Hinduism on the island, a tour of the Grand Bassin Crater Lake is a must-do. This is the most sacred Hindu pilgrimage site on the island as well as a tranquil haven set amongst an untouched natural landscape.

Beyond the white-sand beaches and luxury resorts, Mauritius is a cultural powerhouse with one-of-a-kind natural wonders and unique national culture. A tour of Mauritius can take you from the verdant interior to centuries-old rum distilleries and aromatic vanilla plantations and the lively streets of diverse Port Louis. More than just a honeymooners paradise, the island of Mauritius deserves a place on your list of top places to travel.