Our recommendation to visit Austria and neighboring countries

Capitals of Central Europe in 12 days 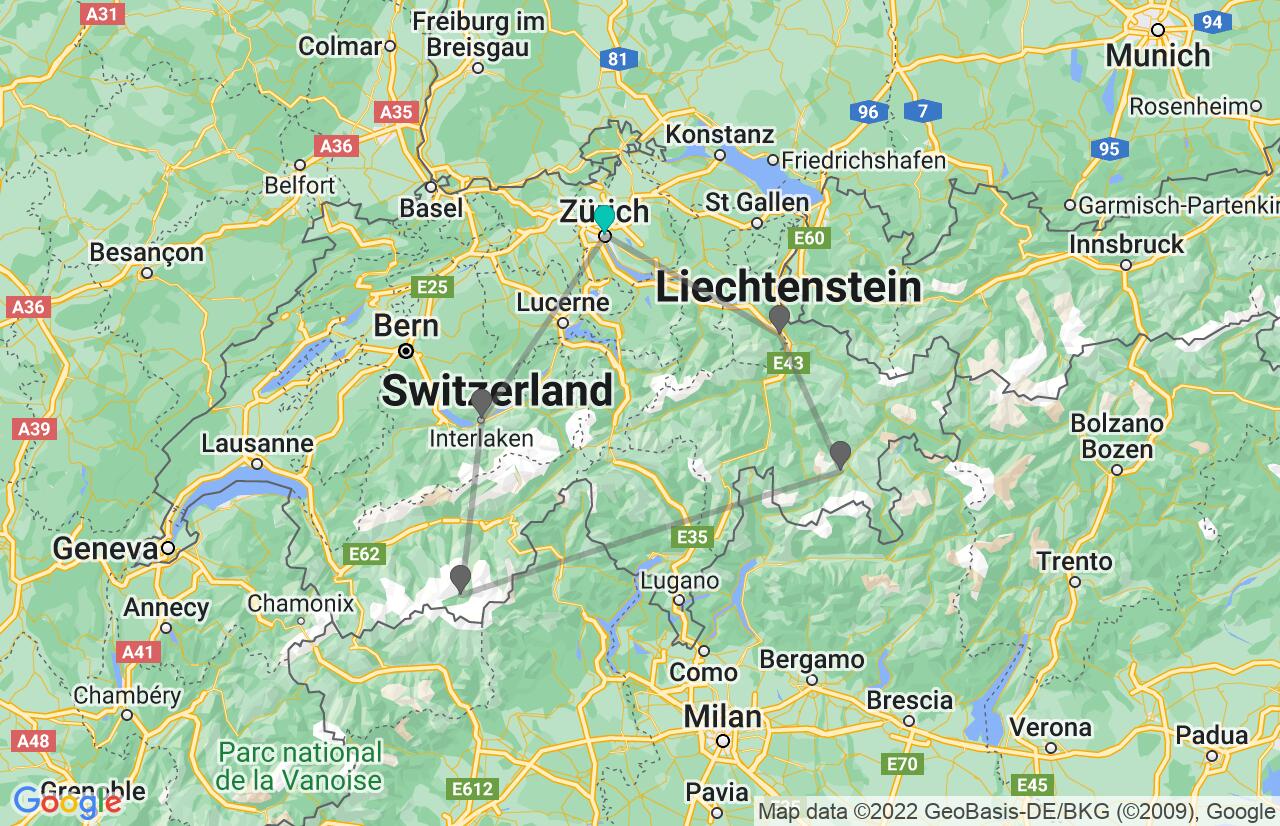 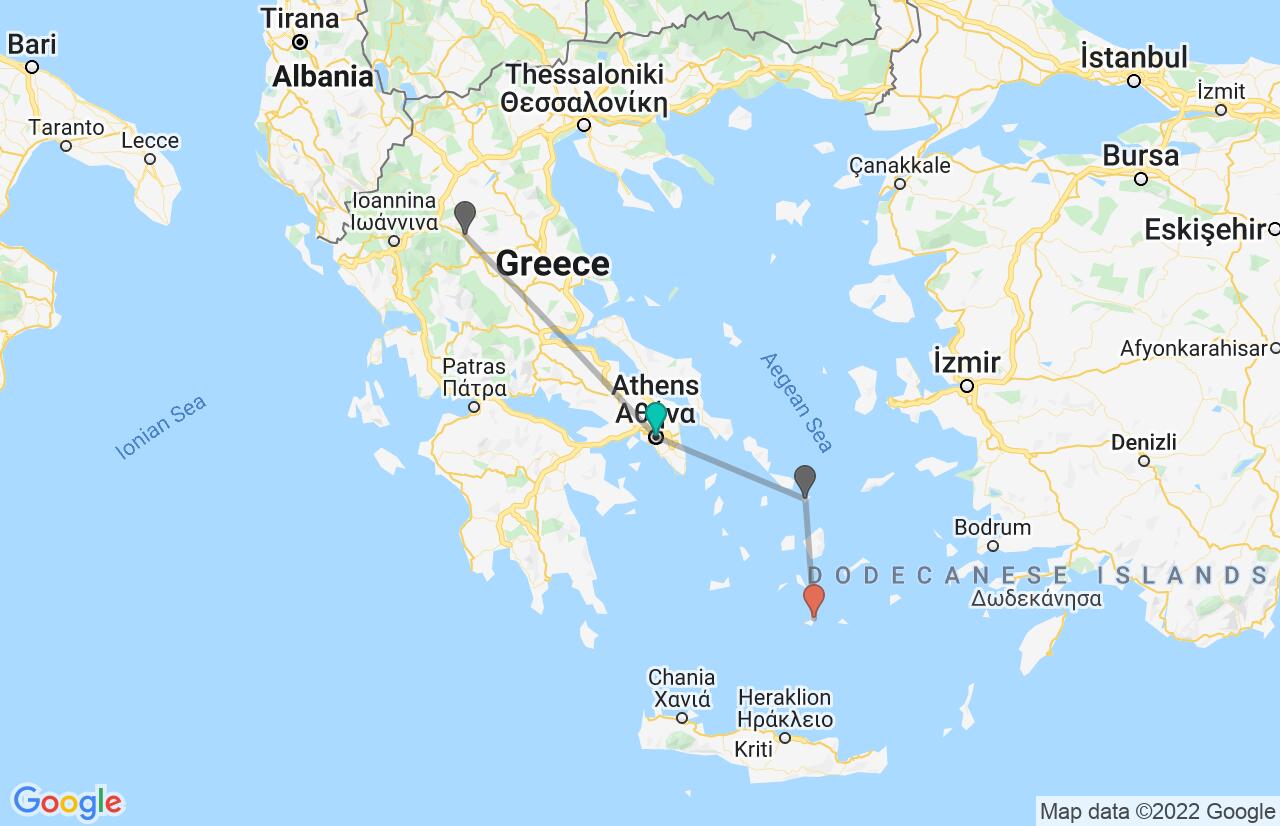 A landlocked, Central European country, the Republic of Austria inspires images of rolling hills, charming countryside villages, Alpine lodges and snow-capped mountains and, outside of the cities, the country certainly lives up to these expectations. Bordered by Italy, Germany, Slovenia, Slovakia, Hungary, Czech Republic, Switzerland and Lichenstein, the nation of Austria is a federation composed of nine states, each with their own distinctive identity.

This German-speaking country has played a huge role in European history and is a popular destination due to the many historic places of interest to visit whilst taking a tour of Austria. The capital city of Vienna has a plethora of cultural attractions to suit all visitors and is world-renowned for its talented luminaries such as Mozart, Strauss, Beethoven and Sigmund Freud, the latter of which has given it the nickname of the ‘City of Dreams’. Other major cities to visit on a holiday to Austria include Salzburg, Linz and Graz, although outside of the urban centers are the country’s most impressive assets; it’s pristine countryside, glistening lakes and perfect alpine peaks that make it the ideal choice for hiking, skiing and outdoors holidays.

As well as it’s winter sports and ‘chocolate-box’ villages, Austria is known for having one of the highest standards of living in the world, something its people are very proud of. It’s fascinating history as the ‘Eastern Realm’ or ‘Osterreich’ as it is called in German, it’s beautiful countryside and culturally rich cities make a trip to Austria an unforgettable experience.

Austria’s prominence in 20th-century European history is well-known, and something many travelers are keen to learn more about, but the country has an even longer history that is also worth discovering. Once part of the Roman Empire,  Austria became the heartland of the famous Habsburg Monarchy from the 16th-century onwards, with the mighty Archduchy of Austria playing an important role as an administrative center of the Holy Roman Empire.

Following the Napoleonic Wars, Austria founded it’s own powerful empire, soon earning itself the reputation as a major world power and a leader of the German Confederation. After the Austro-Prussian War or Seven Weeks War in 1866, between the Austrian Empire and the Kingdom of Prussia, the Austro-Hungarian Empire was founded. The 20th-century saw the devastation of two world wars, of which Austria was involved in both; as part of the Central Powers in World War I and as a Nazi annexed territory in World War II.

A package holiday to Austria is incomplete without contemplating the impact of this dark period in the country's history. Following World War II, Austria distanced itself from its German neighbor and declared constitutional ‘perpetual neutrality’, avoiding Soviet occupation. Today, Austria is part of the European Union and the Eurozone and is an ever-increasingly popular tourism destination for its rich cultural heritage and history.

A holiday to Austria will no doubt focus on soaking up the pristine natural environment that the country is so well known for. It’s cool temperate climate, with warm summers and cold winters, ensures a beautifully verdant countryside, snow-topped Alpine peaks, rolling hills and lush lowlands. The Alps are the most prominent icon of Austria’s natural attractions and the mountains ranges of the Central Eastern Alps, Northern Limestone Alps and the Southern Limestone Alps can all be found within the country's territory, making it an amazing destination for hiking, climbing and skiing.

Nature is never far away in Austria, and apart from its major cities, most of the country has retained its rural charms. A tour of Austria is incomplete without visiting some of it’s most impressive natural sanctuaries. The best-known is Zel am See, a region not far from Salzburg, home to outstanding natural beauty. It is a popular skiing destination in the winter and boasts the glistening Lake Zell, which springs to life in the summer months and is known for its clear waters, clean enough to drink! One of the country’s favorite lakes is Lake Worthersee, considered the best lake for swimming and bathing in the country thanks to its year-round warm waters, that average between 21-23 degrees Celsius.

A holiday to Austria is incomplete without joining the tens of thousands of swimmers that enjoy the waters of Worthersee every summer. Another unmissable destination where you can enjoy a slice of Austria’s natural beauty is the Donau-Aven National Park, an abundant wetland on the Danube River and a major bird-watching habitat. Throughout the country, the rolling hills, forests and mountains play host to a rich tapestry of flora and fauna, with wildlife ranging from deers to rabbits, pheasants, foxes, eagles and groundhogs. Any lover of the great outdoors will feel at home in Austria.

Austria has always been considered a diverse country, owing to its landlocked nature as it is closely connected with its European neighbors. There are large communities of Slovenian, Hungarian and Italian inhabitants due to this close proximity, which affords the country a rich culture and brilliant diversity. Although German is the official language, upper German dialects are the most widely spoken languages and each of the nine federal states possesses their own unique cultural traits. Generally, Austrian’s are proud of the natural beauty of their country and there is a big focus on the great outdoors and the environment alongside a desire to maintain the high standard of living which the country’s inhabitants enjoy.

The majority of the population identify as Roman Catholic and there is a big emphasis on the importance of education, with free higher education widely available. Many travelers choose a package tour to Austria to delve into its rich musical heritage, as legends such as Mozart, Strauss and Schubert, among others, hailed from this long-time center of musical innovation.

A trip to Vienna is incomplete without a visit to the world-famous Vienna State Opera.  Other people of note who have called Austria their home include the artist, Gustav Klimt, the philosopher Karl Popper and the founder of psychoanalysis, Sigmund Freud. A walk through Vienna’s MuseumsQuartier will open your eyes to the country’s impressive cultural tapestry.

A true European treasure, a holiday to Austria is sure to amaze you with its pristine landscapes, sophisticated cities and plentiful leisure opportunities, ranging from skiing in the Alps to listening to classical masterpieces at the Vienna State Opera. Fall in love with the grandeur of its architecture and the perfection of its rolling hills on a package tour of Austria.