The 7 wonders of the ancient world are a source of much intrigue and speculation. These ancient constructions were documented from as early as the 2nd-century BC in Hellenic texts. This selection of old 7 wonders has changed a number of times over the centuries, but the current list dates back to the Renaissance era. Today, all but one wonder cease to exist and there’s speculation surrounding more than a few of the 7 wonders of the ancient world. The New 7 Wonders have now replaced the ancient wonders, but the magic of these mythical constructions still captivates travellers from around the world. 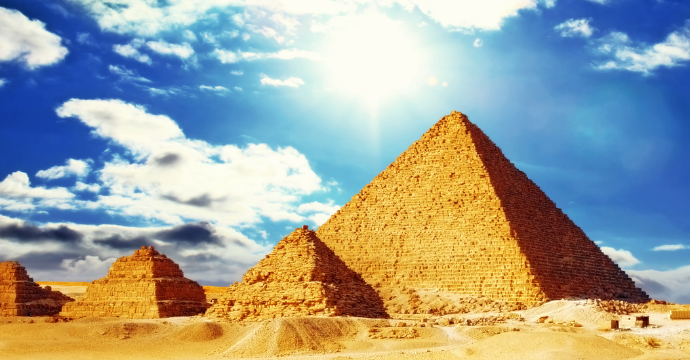 One of the most curious 7 wonders of the ancient world, the Hanging Gardens of Babylon are thought to have been located in modern-day Iraq.  In fact, there is much speculation as to whether these mythical gardens ever existed at all! Thought to be a tiered complex of flower gardens, it is believed that they were constructed by the Neo-Babylonian King Nebuchadnezzar II. The Hanging Gardens are thought to date back to around 600 BC. 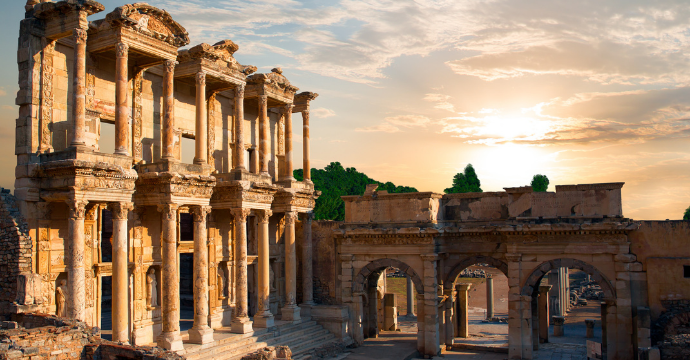 An ancient Greek temple, dedicated to the goddess Artemis, this wonder of the ancient world was located in the historic city of Ephesus. The temple was actually rebuilt twice following a devastating flood and an arson attack. In its final form, it was included on the list of the 7 wonders of the ancient world. The temple is thought to have been a place of festivity and pilgrimage for followers of Artemis. Sadly, the temple was completed ruined by 401 AD. All that remains of the Temple of Artemis today is a single, fragmented column. Despite this, you can still get a good idea of the original temple at the Miniatürk Park in Istanbul, which is home to a brilliant reconstruction. 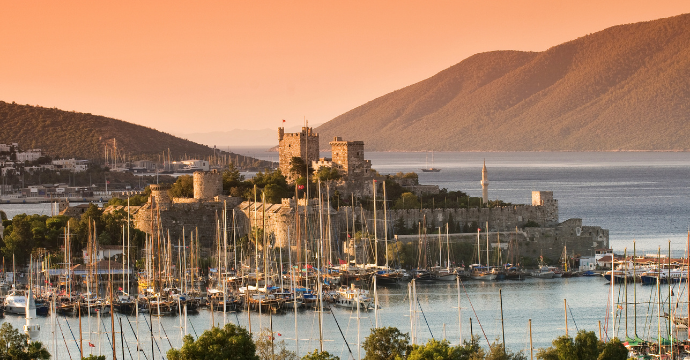 Another wonder of the ancient world found in modern-day Turkey, the Mausoleum at Halicarnassus was a tomb built around 350 BC. Constructed as the final resting place for the Anatolian ruler, Mausolus, it was situated near present-day Bodrum. Destroyed by earthquakes between the 12th-15th centuries, it was the last remaining wonder other than the Great Pyramid. An elaborate construction, in honour of a much-revered leader, the Mausoleum at Halicarnassus is credited with the creation of the word ‘mausoleum’. It measured more than 40-meters in height, towering over the ancient city of Halicarnassus. A number of the elaborate decoration and sculptures from the Mausoleum still exist today. In fact, the British Museum in London is home to sculptures excavated from the site at Halicarnassus. 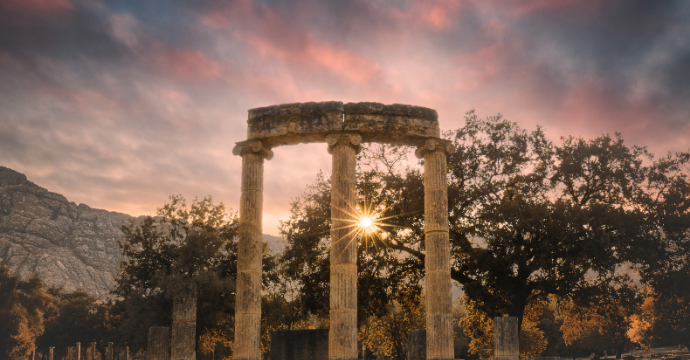 A giant sculpture of the Greek god, Zeus, this legendary statue was the work of famous Greek sculptor Phidias. Seated on a giant ornamental throne, the Statue of Zeus measured more than 12-meters high. No other Greek god was as famous as Zeus and therefore, this statue was highly valued. In fact, Zeus was considered the ‘king of the gods’, ruling from the top of Mount Olympus. It is believed the statue was crafted from ivory, ebony, gold and precious gems. In the 1950s, Phidias’ workshop was rediscovered in Olympia. This discovery allowed archaeologists to date the Statue of Zeus to the 5th-century BC. Sadly, nothing remains of the statue, but Phiadias’s workshop can still be seen at Olympia today.

At more than 100-meters in height, this wonder was, for many centuries, the tallest structure in the world. Up until the 15th-century, parts of this giant lighthouse remained in Alexandria harbour. Constructed in the 3rd-century BC, the Lighthouse of Alexandria took twelve years to complete. Furthermore, the lighthouse was equipped with a mirror to reflect the sun during the day. At nightfall, a furnace guided ships to safety. Multiple earthquakes destroyed the Lighthouse of Alexandria. In 1994, remains of the structure were unearthed from the seafloor in Alexandria’s eastern harbour. Today, the lighthouse remains an important symbol of this Egyptian port city. 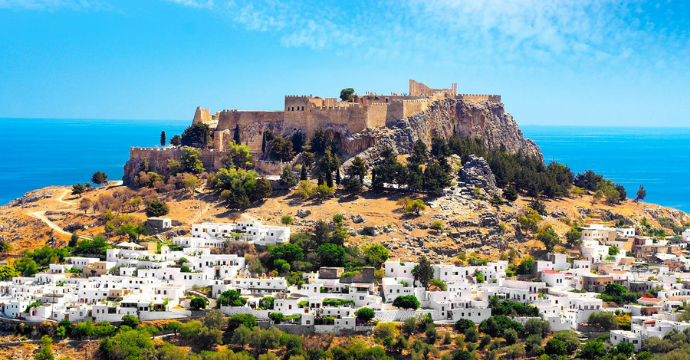 Situated on the Greek island of the same name, the Colossus of Rhodes was a huge statue of the Greek sun-god Helios. Dated to 280 BC, the Colossus was around 33 meters tall. A celebratory statue, it was built following the successful defence of Rhodes against enemy invasion. Unfortunately, the sun god did not stand for long. Just 54 years after completion, an earthquake partially destroyed the statue. For the next 800 years, it lay, half-broken, on the ground. The Oracle of Delphi advised that the people of Rhodes may have offended Helios, so the Colossus was never reconstructed.

So, now you know the 7 ancient wonders of the world, which has captured your imagination?

Our cultural trips take you to some of the most important archaeological sites on earth. Want to find out more about these ancient civilisations? Travel with Exoticca.