Throughout the European continent, you’ll find magical palaces and castles. Relics of days gone by, the medieval castles of Europe are also important cultural sights and tourist attractions. If you love history, or just enjoy exploring the grandeur of stately homes and fortified castles, you’ll want to know the best castles in Europe to visit on your next trip. From elegant chateaux to fairytale palaces, here’s our pick of the most magical castles in Europe.

The legendary ‘Dracula’s Castle’! Like something from a fairytale, Bran Castle is the most famous Romanian castle. Legends suggest that Bran Castle was the inspiration for Bram Stoker’s momentous novel ‘Dracula’. Despite this, there is much debate surrounding the extent to which this castle actually has any real connection to the story of Dracula. Believers maintain that the castle fits Stoker’s description. Furthermore, ‘Vlad the Impaler’, the historic figure said to inspire the legend of Count Dracula, had connections with the area.

Whatever you think of Bran Castle’s vampiric connections, it’s difficult to escape its charms. This atmospheric castle wows visitors with its imposing 14th-century stone walls and turrets. The views from the balconies of its inner courtyard are worth the visit alone, although the interior of the castle is equally impressive. Like a living museum, each room tells the story of its former inhabitants, namely the Romanian royal family, with plenty of original objects and decorations. Dating back to the 14th-century, Bran Castle is one of the most famous medieval castles in Europe.

Constructed in the 19th-century, this fairytale castle is one of Germany’s most popular cultural sights. Situated in southwest Bavaria, Neuschwanstein Castle is one of the most inspiring European palaces. Instantly recognisable by its fairytale turrets, King Ludwig II of Bavaria commissioned the construction of the castle. Built to mimic the medieval castles of old, the so-called ‘Mad King’ dedicated the castle to the famous German composer, Richard Wagner.

Interestingly, the famous Disney Castle is thought to have been inspired by Neuschwanstein. Open to the public since the late 19th-century, Neuschwanstein is one of the most magical castles in Europe. Inside, visitors can soak up the kingly grandeur of yesteryear throughout a series of highly decorative rooms. The Hall of Singers and Throne Hall are particularly impressive. 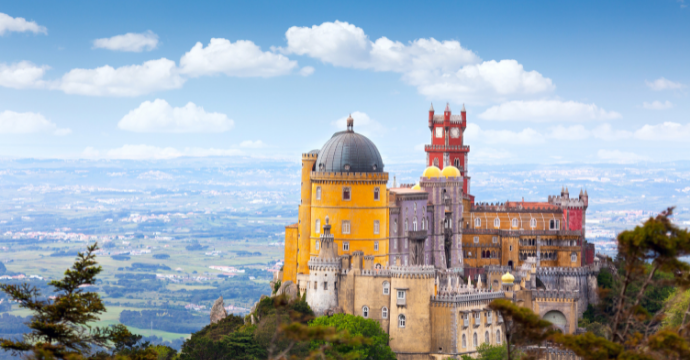 One of the most colorful castles in Europe, Pena Palace is located in the town of Sintra. Pena Palace combines a whimsical mix of architectural styles, pieced together seemingly at random, and painted in bright reds and yellows. Built by Ferdinand II of Portugal in the 19th-century on the ruins of a former monastery, Pena Palace enchants all who visit. Once you’ve taken in the fantastical architecture and impressive rooms of the palace, the extensive gardens are a treat to explore, filled with exotic plants from around the world. Crafted in a Romanticist style this eccentric palace is the most popular tourist attraction in the area. 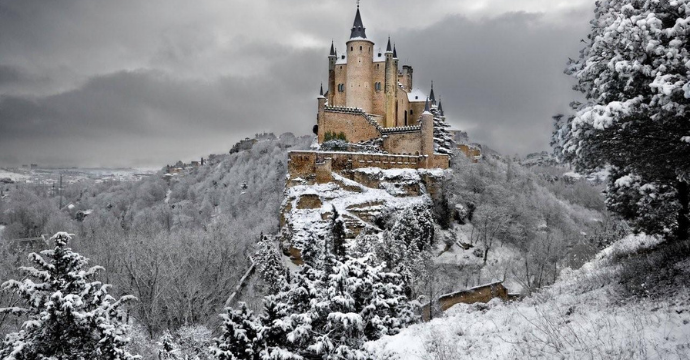 Situated in the historic city of Segovia, the Alcázar of Segovia is an incredible medieval castle. Around 100-kilometres north of Madrid, Segovia Castle is a UNESCO World Heritage Site perched atop a rocky outcrop between two rivers. This boat-like shaped fortress complex is one of the most distinctive in Spain and certainly one of the most magical castles in Europe. With its cone-shaped turrets and fortified walls, this castle began its life as a Muslim-era fort between the 7th and 9th-centuries. From around the 12th-century onwards, the castle became the residence of Spanish royalty. Furthermore, the current fairytale appearance of Segovia Castle can be traced back to the 15th-century. It was during this era that King Philip II made a series of renovations to elevate the appearance of the Alcázar. 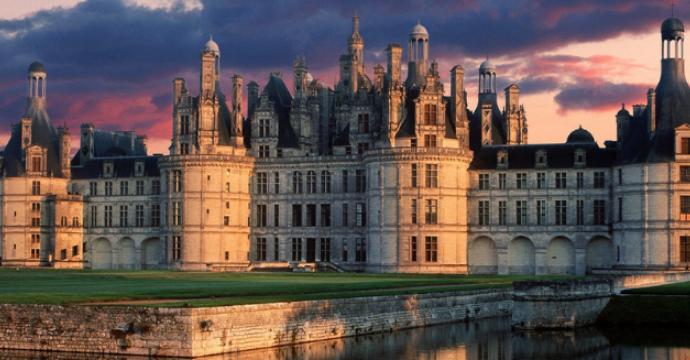 Furthermore, many theories exist as to who was responsible for the stylish design of this castle. Leonardo da Vinca has even been mentioned as a collaborator on this royal project! Nevertheless, with its unique cylindrical towers and iconic double-spiral staircase, the Château de Chambord is eternally enchanting. 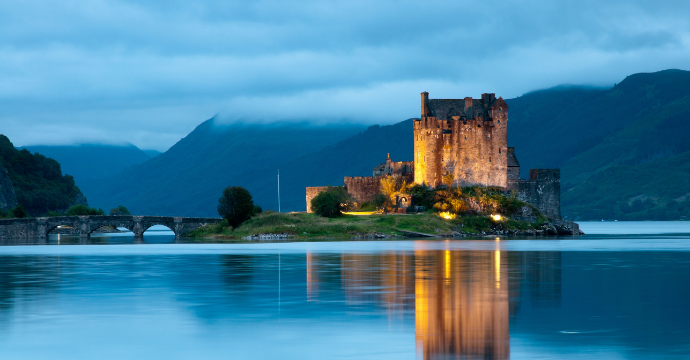 Surrounded by the still waters of three sea lochs, Eilean Donan Castle is an icon of the Scottish Highlands. Although the current structure is a 20th-century reconstruction, the original castle dates back to the 13th-century. Indeed, it beautifully encapsulates the romance of the Highlands. This medieval castle played an important role during the days of highland clans. Today, it is one of the most important castles to visit in Scotland.

Nestled on an island on Lake Galve, Trakai is a 14th-century medieval castle, built by Kestutis, the Duke of Trakai. Its idyllic surroundings make it one of the most magical castles in Europe. Sadly, Trakia Castle fell into disrepair during the war with Muscovy in the 17th-century. Thankfully, in the 17th-century it was reconstructed to its former glory. Today, it is home to the Trakai History Museum.

With such a rich selection of medieval castles and European palaces, which will you visit first? Discover our latest European cultural trips on our official website.