But first, there are a few things to keep in mind. Some of these measurements are approximated. This is because it is up for debate as to the true sources of several of these rivers. Secondly, as they are natural features, the longest rivers in the world indeed change in length and form over the centuries. Nevertheless, whether you’re planning a Nile River cruise or an adventure on the Amazon, here are the 10 longest rivers in the world! 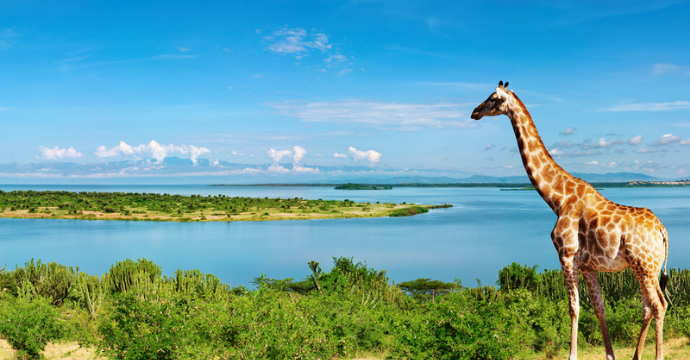 Stretching for 6,650 kilometers (4,130 miles) the River Nile is the longest river on earth. Famously, the source of the Nile is disputed. Both the ‘White Nile’ and the ‘Blue Nile’ are said to mark the beginning of this record-breaking river. The White Nile begins in Lake Victoria, Tanzania, whilst the Blue Nile begins in Ethiopia at Lake Tana. From here, the river flows northwards, passing through much of East Africa on its way to Egypt. Indeed, the Egyptian section of the Nile is the most famous, and popular for historic river cruises. Nevertheless, the importance of this river to humans and wildlife cannot be understated. The yearly flooding of the Nile provided fertile soil for Ancient Egyptian agriculture. Eventually, the Nile empties into the Mediterranean Sea, where it finishes its long journey. 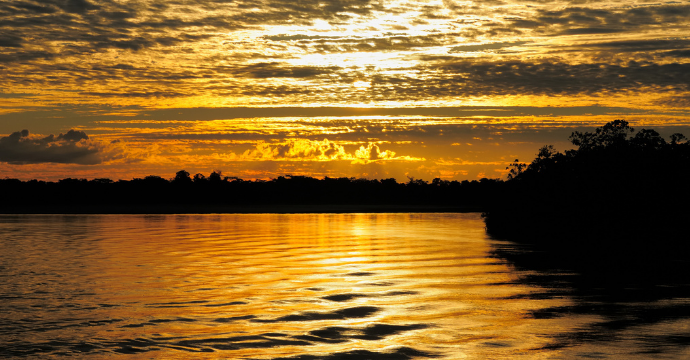 In second place is the eternal Amazon River. Present in much of South America, the Amazon River is at the heart of the Amazon rainforest, sustaining incredible wildlife and pristine eco-systems. Beginning in the Andes, the Amazon might not be the longest river, but it is the largest. In fact, it has a width of up to 190 kilometers during the rainy season and lets out around 209,000 cubic meters of water into the Atlantic Ocean every second! Measuring approximately 6,400 kilometers (3,976 miles) in length, this vast waterway is a popular travel destination. Cruises and boat trips on the Amazon River invite travellers to discover the natural abundance of the rainforest. 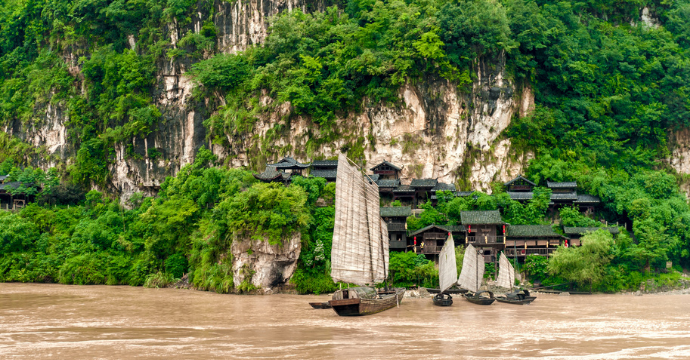 The longest river in Asia, the Yangtze is contained entirely within the country of China. Indeed, the river continues to be of utmost importance to the culture and economy of China, with around 400 million people living on the banks of this life-giving water source today. Beginning in the Tibetan Plateau, the Yangtze flows eastwards, ending in the East China Sea near Shanghai. With a length of 6,300 kilometers (3,917 miles) it is one of the top 10 longest rivers in the world. Furthermore, it’s an important source of tourism in China. River cruises along the scenic Three Gorges region are an ideal way to take in the incredible landscapes of this beautiful part of China.

Although debate surrounds the true length of the Mississippi, it’s generally considered to be the fourth-longest river in the world. Measured from Brower’s Spring in Montana, the Mississippi River has a total length of 6,275 kilometers (3,902 miles). Its vast delta sustains a rich ecosystem of wildlife, supporting a wide variety of migratory birds, reptiles and amphibians.

A river you may not have heard of before, the Yenisei is one of the 10 longest rivers in the world. Beginning in northern Mongolia, the Yenisei rises up through Central Siberia until it reaches its outlet in the Kara Sea, part of the Arctic Ocean. Its importance cannot be understated, as the river is a source of power, food and transportation for a number of remote Siberian communities such as the Ket and Yugh people. Furthermore, its river banks sustain the largest reindeer herd in the world during the winter grazing season.  With a total length of 5,539 kilometers (3,445 miles) it’s fifth on our list of the 10 longest rivers on earth.

Beginning in the Bayankala Mountains of western China, the Yellow River flows through nine provinces before emptying into the Bohai Sea. With a total length of 5,464 kilometers (3,395 miles), it is number 6 on the list of the 10 longest rivers on earth.  The river gets its name due to the high silt content of its waters, which give it a muddy, yellow color. The history of the Yellow River is fascinating. Thought to be the birthplace of Chinese civilization, this river and its basin have been critical to the economic development of northern China. On the other hand, it’s also been a source of frequent natural disasters, with devastating floods marring the long history of the Yellow River. Nevertheless, to visit the Yellow River is to visit a place where ancient dynasties were born and the river is crucial to understanding Chinese history.

A product of the merging of two rivers (Ob and Irtysh), the Ob-Irtysh River spends half of the year in a frozen state, due to its location in the unforgiving climate of Western Siberia. With a total length of 5,410 kilometers (3,364 miles), the main bulk of the waterway can be found in Russia. In fact, the most important city found on the banks of the Ob-Irtysh is Novosibirsk a stop on the famous Trans-Siberian Railway route.

In the heart of Africa lies the Congo River, the deepest river on earth. Simply enormous, this winding river supports incredible ecosystems throughout central and eastern Africa. Beginning in the DMRC, the course of this river heads eastwards, eventually emptying into the Atlantic Ocean. Crossing the equator twice on its course towards the sea, the Congo River is an important source of water for forest-dwelling animals such as elephants, gorillas and hyenas. It measures 4,700 kilometers (2,922 miles) in total.

Last but not least, the Amur River is the number 10 on our list of the 10 longest rivers in the world. Forming a geographical border between the Russian Far East and China, the Amur River originates near the sacred mountain of Burkan Khaldun. This mountain in Mongolia is believed to be the birthplace of Genghis Khan. What’s fascinating about this river is the wide variety of ecosystems sustained by its flow. From boreal forests to deserts and tundras, the Amur flows through them all. At 4,444 kilometers (2,763 miles) in length, this little known river is an important source of life and cultural heritage to many remote communities in this part of the world. 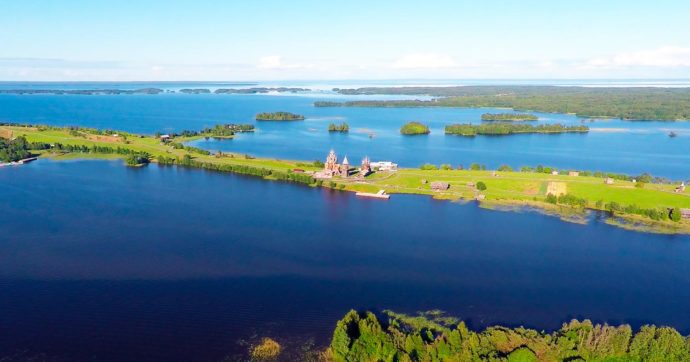 Flowing through Central Russia to Southern Russia and into the Caspian Sea, the Volga is 3,531 kilometers (2,194 miles) long. As Europe’s longest river, it deserved a mention on our list! Furthermore, it’s an important destination for river cruises. Passing through the most important cities in the country including St. Peterburg and Moscow, the Volga is an essential part of Russian history and culture.

So, now you know the  10 longest rivers in the world! Ready to get out and explore? Discover our range of globe-trotting trips and latest river cruises on our official website: