Ever wondered what the top tourist attractions in Egypt are? The ‘Land of the Pharoahs’, Egypt is an eternally popular travel destination. Not only is it the birthplace of one of the world’s most enigmatic and ancient civilisations, but Egypt is also a land of epic landscapes and captivating culture. On the one hand, you have jaw-dropping archaeological sites. On the other, you have the flowing waters of the Nile and the abundant beaches of the Red Sea. An all-round great destination, plan your trip to Egypt today and get inspired with these Egypt sightseeing highlights!

One of the 7 Wonders of the World, the Pyramids of Giza have inspired many of our imaginations since we were children! Standing on the Giza Plateau, not far from Cairo, these three pyramids hold the keys to our understanding of Ancient Egyptian civilisation. Of course, it’s simply unthinkable to travel to Egypt without visiting the Pyramids! Guarded by the mysterious Great Sphinx, the pyramids are the tombs of three famous Egyptian pharaohs: Khufu, Khafre and Mycerinus. Dating back to Egypt’s Old Kingdom era, the pyramids are around 4,500 years old.

Visiting the Pyramids from Cairo is simple, with a number of transport options linking the capital with this wonder of the world. Once there, visitors can even venture inside each of the pyramids. A vast network of tunnels, walkways and rooms can be found within the pyramids and a guided tour is a great way to understand the hidden meanings and history of these incredible monuments. Undoubtedly, an adventure of a lifetime and the best tourist attraction in Egypt! 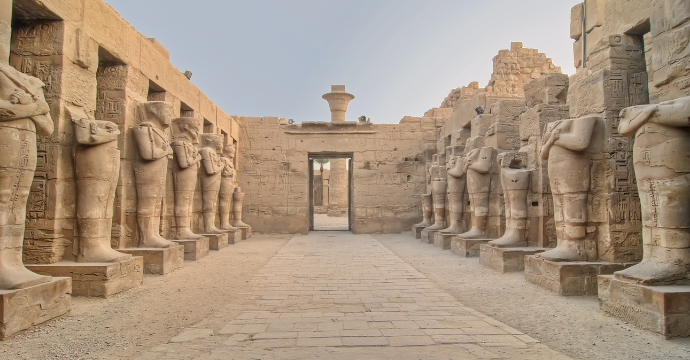 Constructed between the Twelfth and Twentieth Egyptian Dynasties, Karnak Temple is a sight to behold! Situated in Luxor (once the capital city of Thebes), Karnak Temple is thought to be the largest religious building ever constructed. Furthermore, it was a cult temple, in honour of the Egyptian gods of Amun, Mut, and Khonsu. Karnak Temple is in fact a collection of temple buildings. Today, the remains of this vast complex include decayed temples, pylons, chapels, and other buildings. A key Egyptian sightseeing spot, visiting Karnak is the first step in understanding the complex belief systems of Ancient Egypt.

Conveniently, the complex is divided into three sections: the precincts of Amun, Mur and Khonsu. In this way, the Ancient Egyptians would visit the section of the god that they particularly wanted to honour on any given day. Today, you’ll find the most spectacular sights within the Amun precinct, such as the famous Great Hypostyle Hall.

Valley of the Kings 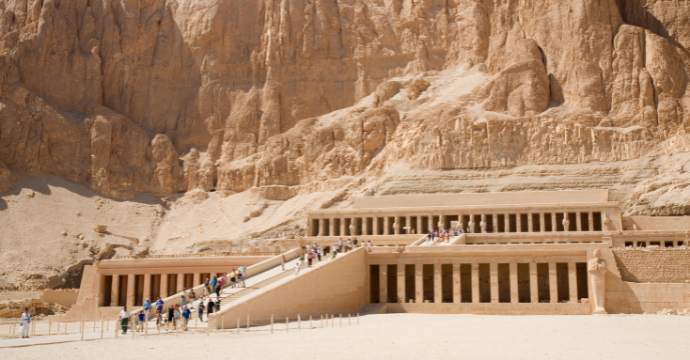 Shrouded in mystery, the Valley of the Kings is famously the resting place of Tutankhamun. With the discovery of his tomb in the 1920s, the Valley of the Kings became a focal point for interest in Ancient Egypt. Sightseeing in Egypt would be incomplete without visiting this ancient necropolis. The burial location of various high-ranking nobles and pharaohs of the New Kingdom, the Valley of the Kings contains 62 known tombs at present. Explore these spooky tombs reveals the complex burial techniques and afterlife beliefs of the Ancient Egyptians. Decorated with impressive paintings and hieroglyphs, these ancient tombs are like a window into a lost world.

Located on the west bank of the Nile, the Valley of the Kings can be easily reached from nearby Luxor. Furthermore, if you take a tour of the Valley of the Kings, you’ll likely gain access to three tombs, more than enough to spark your imagination and transport you back to the days of Ancient Egypt. Alternatively, access to the famous tomb of Tutankhamun can also be arranged. 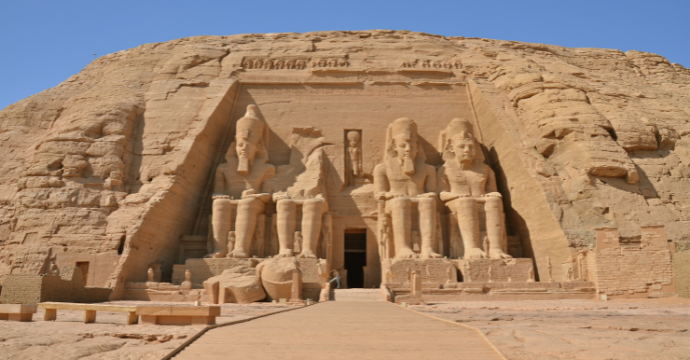 Built by Egyptian king Rameses II, the temples of Abu Simbel are located in Aswan. Dating back to the 13th-century BC, Abu Simbel is one of the most striking tourist attractions in Egypt. Originally carved out of the mountainside, towering figures of Rameses II guard the entrances, accompanied by smaller statues of his immediate family. Interestingly, it took around 20 years to complete these gigantic statues! In the interiors, you can admire the complex triangular layout of temple rooms and chambers. Furthermore, if you visit Abu Simbel in the evening you can watch the nightly sound and light show. 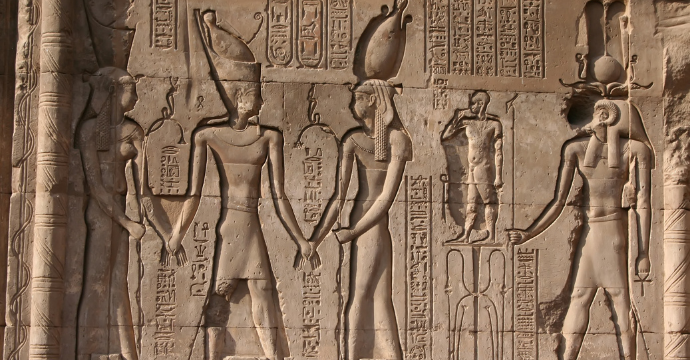 One of the most famous museums in the world, the Egyptian Museum is one of the top tourist attractions in Egypt. Located in Cairo, this extensive collection houses the largest treasure trove of Pharaonic antiquities in the world! Indeed, if you want to delve deeper into the beliefs, cultures and art of Ancient Egypt, this is the place to go! Of course, as the oldest archaeological museum in the Middle East, the Egyptian Museum contains many invaluable artefacts. Highlights include statues of the great kings Khufu, Khafre, and Menkaure and extensive collections of papyri, sarcophagi and jewellery.

So, are you ready to discover the best tourist attractions in Egypt for yourself? Explore our best-selling trips to Egypt on our official website: