Have you heard of Jordan’s desert castles? For many travellers, no trip to this Middle Eastern country is complete without exploring the remains of its historic desert castles. Dotted throughout the desert, these castles provide a fascinating insight into the days of the Umayyad dynasty and the Crusades. The Umayyad caliphs built a vast network of fortresses, hunting lodges, palaces and caravanserais throughout northeastern Jordan. Each of the surviving ruins has its own unique story to tell and they have fascinated visitors and historians alike since their discovery.

Of course, one thing to remember is that some of these structures are not strictly ‘castles’ and include a range of different structures. Encapsulating the romance, chivalry and splendour of medieval Arabia, Jordan’s desert castles are a window into another era. Here are some of the best ‘castles’ to include on your trip to Jordan: 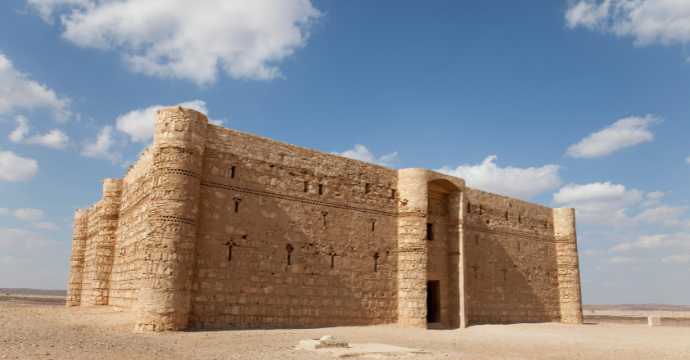 One of the best-known desert castles in Jordan is Qasr Al-Khurana. Easily identified by its imposing solid brick facade, it’s located just off the highway outside of Amman. Never used for military purposes, instead, this desert castle served as a roadside inn. One of the earliest examples of Islamic architecture in the region, Qasr Al-Khurana was built sometime before the turn of the 8th-century. A solid square structure, the central courtyard contains a rainwater pool and is surrounded by 60 rooms set over two levels. 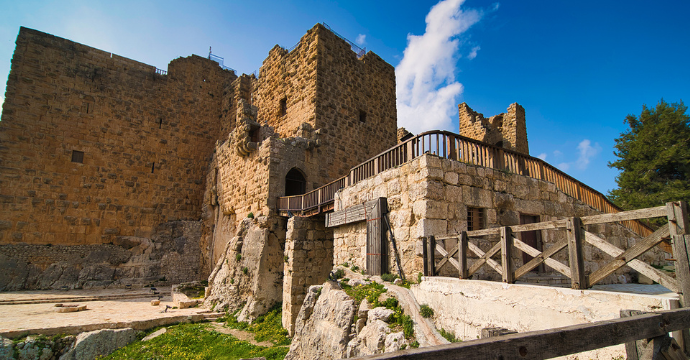 Although not of the same period as other Umayyad-era castles, Ajloun is considered one of Jordan’s most impressive castles. Constructed in the 12th-century under the rule of Saladin, Ajloun sits atop Mount Auf. Boasting beautiful views of the Jordan Valley, Ajloun Castle is around 50-kilometres from Amman and is the ideal day-trip destination. An authentic part of Crusader history, this castle served as a defensive fortress allowing Saladin’s army to look out for invaders coming across the surrounding valley and desert. Surrounded by a boat, the turbulent history of the castle means few original features remain. Nevertheless, the stone interior is certainly atmospheric, and the on-site museum provides great insight into this era in Jordan’s history. 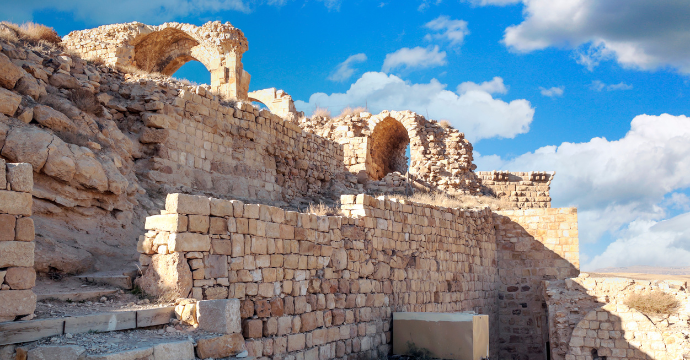 One of the largest desert castles is Shobak. It was built by the crusader King Baldwin I and is unique due to its heritage as a crusader stronghold. Like Ajloun Castle, Shobak Castle dates back to the 12th-century. Home to a subterranean spring and underground passageways, there’s lots to see here if you scratch beneath the surface! Whilst originally built by Christian crusaders, the castle passed to the armies of Saladin after an 18-month siege. In the 14th-century Mamluks built over much of the original features. Nevertheless, visiting this desert castle is the chance to trace the turbulent history of the Crusades!

If you’re heading to Amman during your tour of Jordan, you won’t have to go far to explore this next ‘desert castle’. Built during the Umayyad period, this large palatial complex is located on Citadel Hill. An impressive example of ancient Islamic architecture, the palace has been carefully restored to allow visitors to experience the splendour of yesteryear. Originally used as a governor’s residence, be sure to look out for interesting stonework such as geometric patterns and decorative embellishments if you visit. Furthermore, the site offers excellent views of the Jordanian capital. 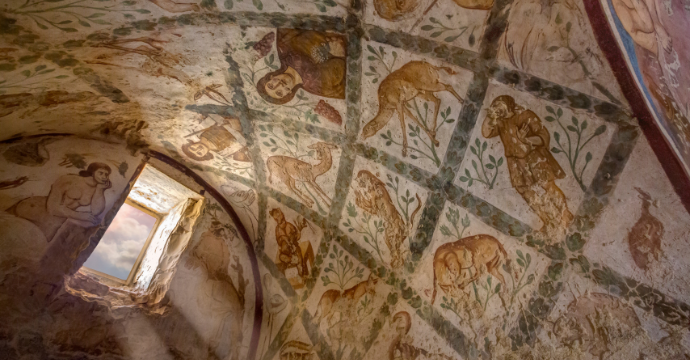 A UNESCO World Heritage Site, Qasr Amra is exceptionally well-preserved. Dating back to the 8th-century, it served as both an Umayyad royal residence and a fortress. Inside, you’ll find a reception hall, a Hamman, richly decorated frescoes and incredible ceiling paintings. Surely, one of the most impressive desert castles, Qasr Amra is a must-visit. Used as an Umayyad ‘pleasure palace’, Qasr Amra was somewhere the caliphs could retreat from their duties and unwind in peace. Undoubtedly, the most notable feature of Qasr Amra is an artistic representation of heaven containing figures of the zodiac. Thought to be the first representation of its kind, this had led to the castle’s UNESCO protected status.

Other notable desert castles include Qasr Hallabat, Qasr Azraq and Hammam as-Srah. Ready to travel to Jordan? Discover our best-selling tours of Jordan on our official website today!