What is a UNESCO World Heritage Site?

Firstly, UNESCO stands for the United Nations Educational, Scientific and Cultural Organization. Therefore, a UNESCO World Heritage Site is a protected landmark, area or place chosen by UNESCO for its cultural, historical or scientific significance. These could include anything, from ancient ruins to buildings, cities, natural landscapes, geological formations, lakes, islands or wilderness areas. In fact, there are more than 1,154 UNESCO World Heritage Sites in the world. Italy is the country with the highest number of these sites, with China and Spain in second and third place respectively.

So, if you’re keen to start ticking some of these sites off your bucket list, here are our top 10 UNESCO World Heritage Sites to include on your next trip! 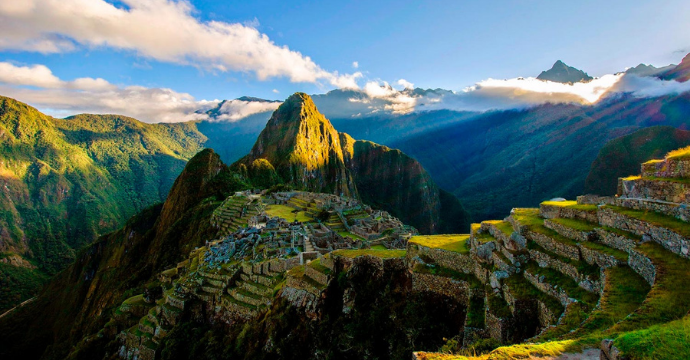 Of all the UNESCO World Heritage Sites in the world, Machu Picchu is among the most famous. Nestled high in the Peruvian Andes, Machu Picchu is one of the 7 wonders of the world. Dating back to the 15th-century, this Inca citadel received UNESCO World Heritage Site status in 1983. Famously, travellers would trek the challenging Inca trail to reach the enchanting ruins, although a railway line provides improved accessibility to the site these days! 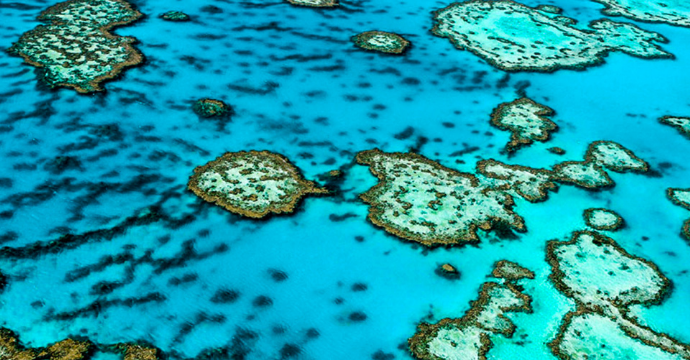 From historic ruins to natural wonders, the Great Barrier Reef is another of the top UNESCO World Heritage Sites! Composed of over 2,900 individual reefs and 900 islands, it is the world’s largest reef system. Easily reached from the city of Cairns, the Great Barrier Reef is located off the east coast of Queensland. In fact, glass-bottom boat tours and snorkelling excursions allow visitors to get up close to this protected natural site. 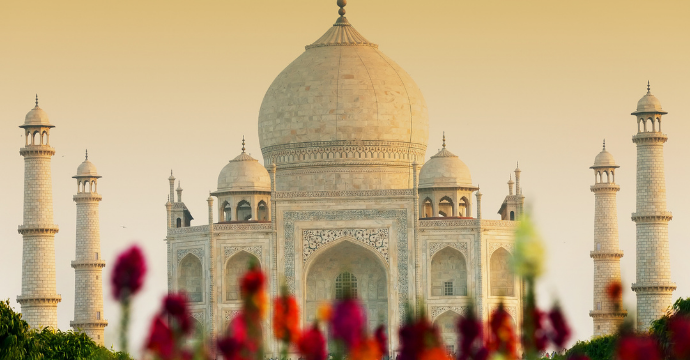 The world’s greatest monument to love, the Taj Mahal is also a UNESCO World Heritage Site. Constructed between 1631 and 1648, the Taj Mahal is situated in the city of Agra. Its construction was ordered by the Mughal emperor Shah Jahan, in memory of his favourite wife. Considered one of the greatest Indo-Islamic architectural achievements, the Taj Mahal is also one of the 7 wonders of the world! Its rich decorative motifs and carefully planned gardens make it a true sight to behold and an unmissable part of any trip to India! 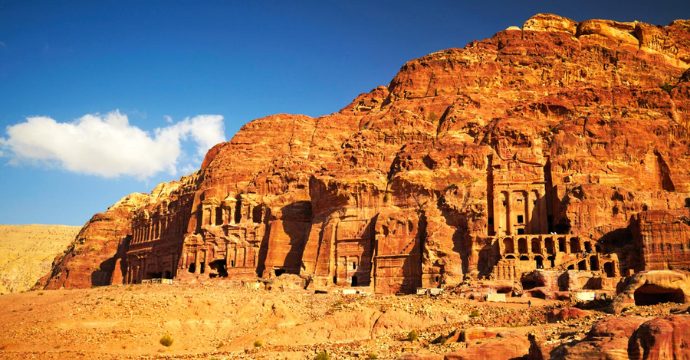 The ‘lost city of the Nabateans’, Petra is another of the top UNESCO World Heritage Sites. In fact, many travellers visit Jordan with the sole aim of ticking this wonder of the world off of their bucket lists! A designated UNESCO site since 1985, Petra is a desert city carved directly into the rock face. Once an important stop on ancient trade routes, this ingenious city was abandoned around the 8th-century. Nowadays, many recognise the features of the site’s most famous structure: The Treasury, as a set from the Indiana Jones movies. 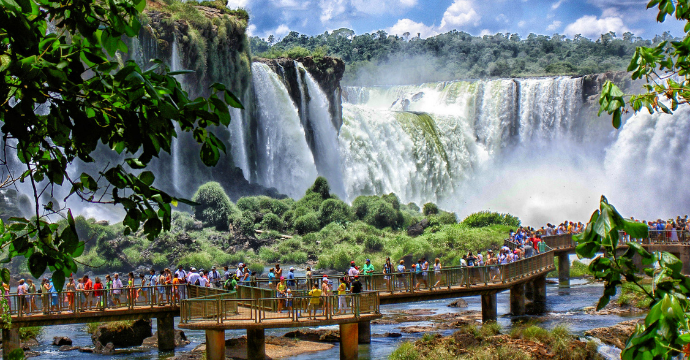 One of the most famous waterfalls on earth, Iguazu lies at the heart of a UNESCO protected national park. Surrounded by wildlife-rich tropical rainforests, the Iguazu Falls are situated on the border between Argentina and Brazil. Indeed, these falls are a true wonder of nature, and visitors can make use of wooden walkways to get up close action. 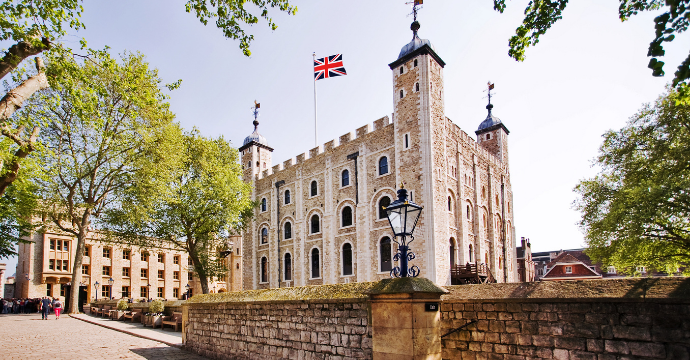 In the heart of one of the world’s most modern cities lies a historic treasure. Dating back to the days of William the Conqueror, the Tower of London is one of the UK’s top tourist attractions. Furthermore, it’s considered an unrivalled example of Norman-era military architecture. A symbol of England’s royal heritage, the Tower of London has played host to some of the most legendary moments in English history. Nowadays, it’s home to the crown jewels and hosts a variety of fascinating exhibits. 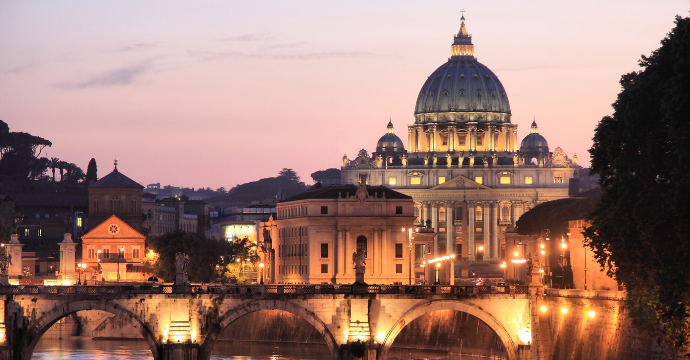 One of the most important places in the Christian world, the Vatican City is a UNESCO World Heritage Site. Despite its spiritual importance, it’s also a place of pilgrimage for art lovers. In fact, the Vatican’s St. Peter’s Basilica is home to incredible Renaissance masterpieces, such as those of Michelangelo and Raphael. An independent state, the Vatican City is also the official home of the Pope, leader of the Roman Catholic Church. 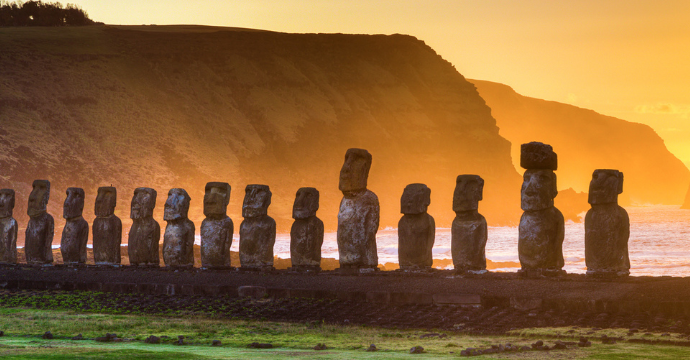 Also known as ‘Easter Island’, Rapa Nui is one of the most remote and intriguing destinations on earth. Many have dreamed of travelling to this mysterious island and uncovering the secrets of its enigmatic moai statues. Many questions surround the society that flourished here between the 10th and 16th centuries. What was the meaning behind their statues? What rituals took place here? One of the most curious UNESCO World Heritage Sites in the world, Rapa Nui remains largely undeveloped today. 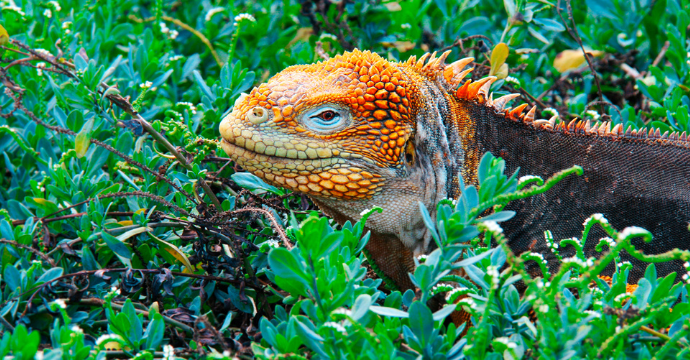 Composed of 19 islands in the Pacific Ocean, the Galapagos Islands once inspired Charles Darwin’s theory of evolution. Today, their incredible biodiversity still attracts scientific attention, alongside wildlife tourism. From giant tortoises to marine iguanas and blue-footed boobies, the rare and unique wildlife of these isles is just one reason for their UNESCO status. Furthermore, the waters surrounding the volcanic Galapagos are teeming with abundant underwater life, the result of the islands’ situation at the confluence of three ocean currents. 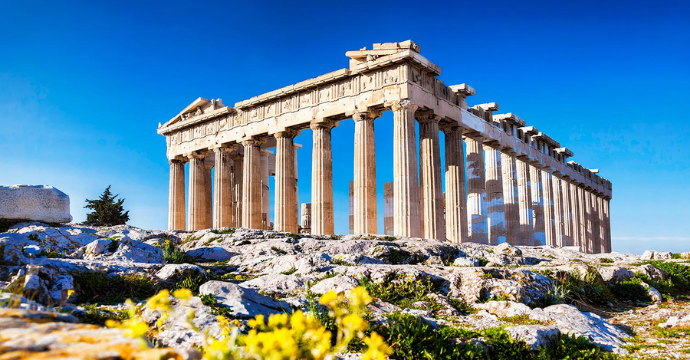 One of the most complete relics of the Ancient Greek civilisation, the Acropolis offers a window into the glory days of Athens. In the 5th-century BC, a series of ambitious monuments were constructed to reflect the thoughts and arts of the day. Incredibly, a number of well-preserved ruins remain at the site today. These include the Parthenon, the Propylaea and the Temple of Athena Nike. Furthermore, visitors to the Acropolis can also visit the nearby Acropolis Museum. The museum holds many priceless remains of what was once the most powerful city in the Greek world.

How many UNESCO World Heritage Sites have you visited? If you want to tick a few more off your list, discover our latest itineraries on our official website: