Known as the ‘Rainbow Nation’, South African music is a testament to the diversity of this vast country. There’s no better way to understand a country than to listen to its music. Whether you’re headed to the plains of Kruger National Park or the beaches of Cape Town, accompany your trip with these South African songs. Get a feel for the culture and the rhythms that underpin the life and history of this vibrant nation! We’ve made it easy for you with our Spotify playlist of South African songs. Read on to find out more about the sounds of South Africa and click the image below to listen along: 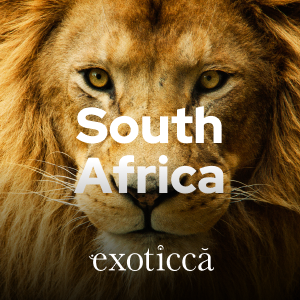 Released in 1967, Pata Pata is not only a joyful, dance-inducing ditty, but it’s also one of South Africa’s best-loved songs! You’ll be hard pushed to find anyone in the country who doesn’t know this soulful tune. One of the most popular South African songs, Pata Pata was the name of a dance style that was popular in the shebeens of Johannesburg’s townships in the 1950s. In fact, Makeba herself grew up in the townships of Johannesburg, born in 1932 to Swazi and Xhosa parents. Throughout the course of her highly successful musical career, Makeba became an important figure in the anti-apartheid movement. Achieving international fame, her messages both subtle and more explicit against the apartheid government in South Africa reached millions of listeners.

The title track on Paul Simon’s most famous and eternal album, Graceland was controversial at the time of its recording. Although appearing a-political, this album was in fact a subtle yet effective form of anti-apartheid protest. Simon travelled to South Africa during the years of the cultural boycott to record and work on this landmark album. His actions, although controversial, resulted in, arguably, one of the greatest musical creations of all time. Deemed by many to be an important collaboration between black and white musicians, this was music that people, all across the world, could enjoy. Many South African musicians, including Ladysmith Black Mambazo, appear on the album. Furthermore, following its release in 1986, Simon toured alongside South African artists to promote the album, and in turn, show unity in the face of adversity.

Across the world, musicians were inspired to stand up to the injustice happening on the other side of the world. One such musician, Jerry Dammers of The Specials, created perhaps the best-known song about South Africa of all time. Released in 1984, this upbeat song became a pillar of the anti-apartheid movement. Furthermore, it gained international acclaim for its powerful and clear message. Unsurprisingly, the song received a great reception in parts of South Africa. It went on to become an anthem, played at ANC rallies and sporting events.

A testament to the diversity of South African music, Lucky Dube was a reggae musician and prominent Rastafarian. Famously, Lucky Dube recorded songs in Zulu, Afrikaans and English and had a wide, cross-demographic appeal. Born in Mpumalanga, he went on the sign recording contracts with labels such as Motown and Tabu Records. Due to their critical lyrics, a number of Dube’s albums and songs were banned by the apartheid government in the 80s. Undeterred, Dube continued to write and record, eventually earning worldwide recognition and a place in the reggae hall of fame.

Released in 1982, this South African song received worldwide popularity. Johnny Clegg and Sipho Mchunu formed a multi-racial band, Juluku, during the era of apartheid. They created commercially popular music, inspired by Zulu influences. Despite frequent run-ins with the police and radio bans, their music stood firm as a beacon of diversity and the band was associated with the internal movement against apartheid within South Africa. Highlighting the music of indigenous South African peoples, Juluku is regarded as one of the most important bands on the South African music scene of the 80s.

Listen to more South African music on our playlist here and follow Exoticca for more musical treats! Ready to discover South Africa for yourself? Explore our latest trips on our official website: