Celebrated by more than 20% of the world’s population, the Chinese New Year is also known as Lunar New Year or Spring Festival. 2022 marks the beginning of the Year of the Tiger, said to be a year of transformation, risk-taking and adventure! Depending on where you are in the world, there will likely be all kinds of celebrations to mark the arrival of this important day. Before looking at some of the most famous Chinese New Year celebrations around the world, let’s learn a little about the traditions that accompany the beginning of the Lunar New Year. 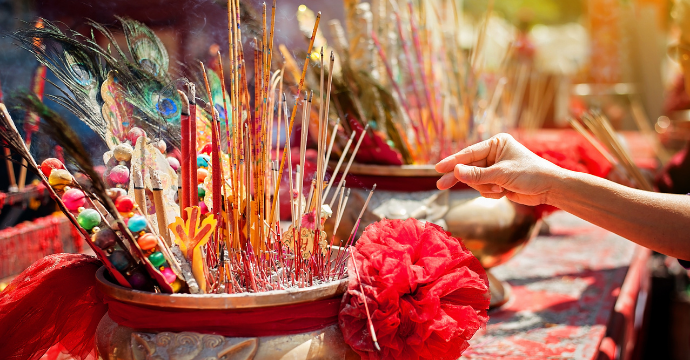 Preparation for Chinese New Year can begin as early as a week before the actual day. Before the celebrations begin, it’s good practice to thoroughly clean your home. Cleaning the home is believed to sweep away bad luck from the last year, and made space for the good luck of the new year! Furthermore, new year gifts must be purchased so the days leading up to Chinese New Year are busy shopping days as well. Once everything is clean and tidy, red decorations are put up in homes, streets, shopping malls and public spaces across Asia. This is because red is believed to represent energy and prosperity and helps to ward off evil spirits. 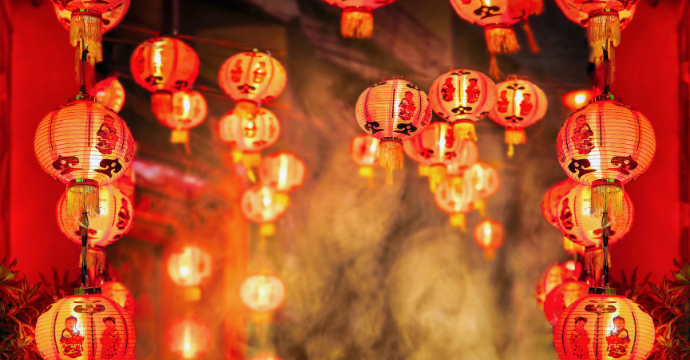 Undoubtedly, the largest Chinese New Year celebrations can be found in China. The biggest holiday of the year, millions of people travel across the country to go home for their reunion dinner. In many cases, younger people living and working in the cities head back to the countryside to stay visit their parents. It’s believed that the movement of people in the lead up to Chinese New Year is the largest annual migration of people on earth!

In the lead-up to the big day, almost all public spaces are decorated with lucky red decorations. On New Year’s Day itself, lion and dragon parades take place in the streets. Thought to bring luck for the new year, these parades attract huge crowds! Other Chinese New Year traditions include the eating of dumplings on New Year’s Day. Traditionally, it’s taboo to wash on this day. You wouldn’t want to wash away any good fortune for the upcoming year!

Some of the largest celebrations in China can be found in Shanghai. Traditionally, huge crowds gather to hear the ringing of the bell at Longhua Temple. In fact, the bell is rung 108 times, a number that symbolises luck, prosperity, and longevity. Yuyuan Gardens holds its annual lantern festival in time for New Year, a world-famous display of ingenious design and engineering! Furthermore, an extravagant fireworks display takes place at the Bund to mark the first moments of the New Year (the year of the tiger in 2022). 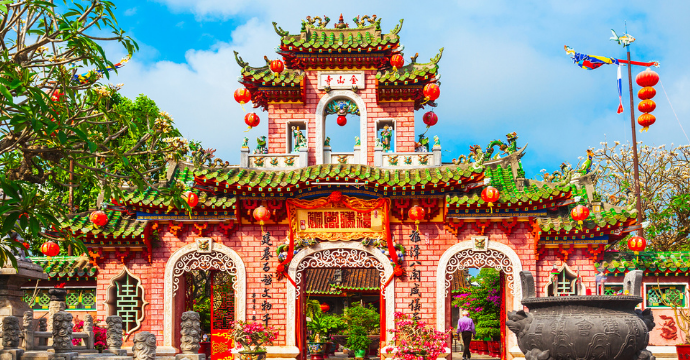 The most important celebration in Vietnamese culture, Tet is the Vietnamese word for the Lunar New Year. Considered the first day of spring, Tet celebrations are in some ways quite similar to that of Chinese New Year. Red is considered a lucky colour and families come together to celebrate the festive. On the other hand, Tet has its own traditions. It’s thought to be a good time to make a pilgrimage, take a trip to your local temple and visit the graves of your ancestors. Also, it’s common to decorate the home with flowers or plant blossom trees.

Another interesting Tet tradition is around entering the house on New Year’s Day. It’s important that the first person to step inside is considered successful. They will, hopefully, bring good luck for the following year. Furthermore, if no one is visiting, the homeowner will usually leave the house and return shortly after midnight to mark the occasion. Firework displays are widespread on New Year’s Eve. Hanoi, Ho Chi Minh City and Da Nang host the largest displays. 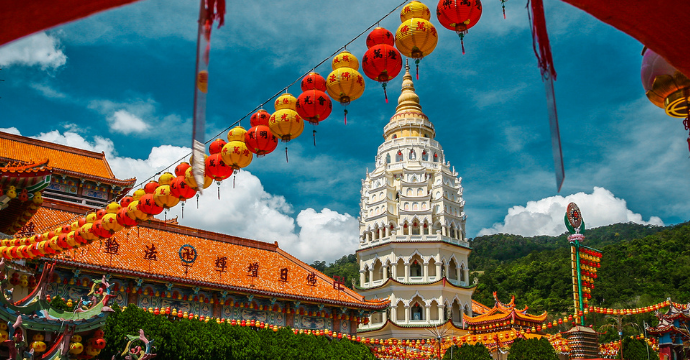 Home to large Chinese communities, Malaysia hosts an array of celebrations to mark the beginning of the Lunar Year. In particular, the cities of Kuala Lumpur and Penang put out all the stops to celebrate in style! In the days leading up to New Year, the shopping malls become increasingly crowded. Everyone is busy stocking up on food and gifts for the coming festivities. Chinatown and Old Klang Road in Kuala Lumpur hold extravagant fireworks displays on New Year’s Eve. Furthermore, the beautiful decoration of Georgetown’s temples attracts many visitors.

How are you celebrating Chinese New Year 2022? Get the year of the tiger off to a great start by booking your dream trip! Discover our range of extraordinary trips to over 50 destinations around the world on our official website: