Travel Trends Where to travel by month

As we welcome the changing of the seasons, we thought you’d like to know all about the best fall festivals around the world. Different countries and cultures celebrate this time of year in their own unique ways. Whether it’s the beer-guzzling celebrations of Oktoberfest or the lunar festivals of China, fall is a magical time of year. When the leaves begin to change colour and the nights draw in, fall holidays around the world make the most of this special season! Read on to find out the best festivities to add to your travel plans.

Held between late September and early October every year, Oktoberfest is the largest beer festival on earth. Smaller beer festivals are held throughout Germany and the world at this time, but Munich is the traditional location. In Munich, a huge festival ground includes numerous beer tents. Inside, you’ll find live bands and plenty of free-flowing beer served in large tankards. Interestingly, the bars of Oktoberfest only serve beers brewed within Munich city. Other highlights of this fall festival include sporting competitions, singalongs and plenty of delicious German food. One of the most fun fall festivals around the world, Oktoberfest is a paradise for lovers of German culture or beer!

Day of the Dead – Mexico 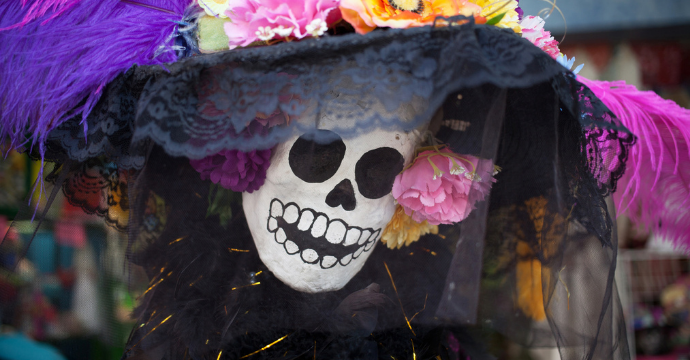 Celebrated annually on the 1st and 2nd of November, this fall festival is also known as All Saints’ Day. If you visit Mexico during this national holiday you’ll be met with an explosion of colour, parades and parties. But behind this joyful celebration, the purpose of the Day of the Dead is to pay respect and remembrance to deceased loved ones. Families head to the local cemeteries to hold candlelight vigils and set up altars at home to welcome their deceased relatives on this special day. In fact, it is believed that the Day of the Dead is the only time of year when the spirits of the dead can return to earth.

What makes this fall celebration even more fascinating are the amazing decorations. Throughout Mexico, the streets are adorned with colourful flower displays and paper cutouts. Street vendors sell candy skulls and local women paint their faces to resemble Catrina, a skeleton symbol of the Day of the Dead. One of the most unique fall festivals around the world, visiting Mexico during the Day of the Dead is an unforgettable cultural experience! 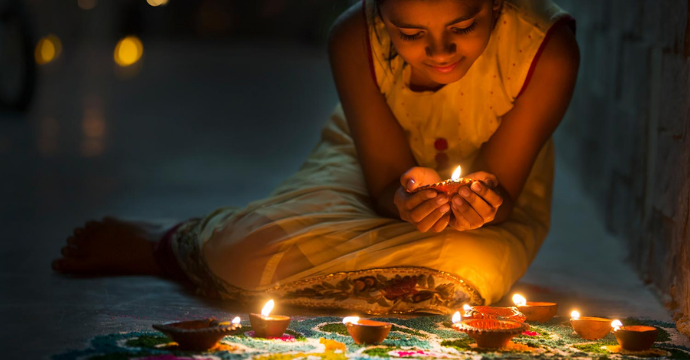 Celebrated by millions of Hindus, Sikhs, Jains and some Buddhists, Diwali is a five day festival of light. A celebration of light over darkness, the festival coincides with the Hindu lunisolar month Kartika. Celebrated throughout the world, but most notably in India, typical Diwali decorations include elaborate floral arrangements and clay lanterns. Diwali has a different significance for each religious group. For example, Hindus celebrate the return of deities, Rama and Sita, to Ayodhya after their 14-year exile. On the other hand, Sikhs mark the festival by celebrating the release of the sixth guru Hargobind Singh from prison in 1619. One thing that all the celebrations have in common are family meals, fireworks, illuminations and lots of sweet treats. Surely, one of the most magical fall festivals. 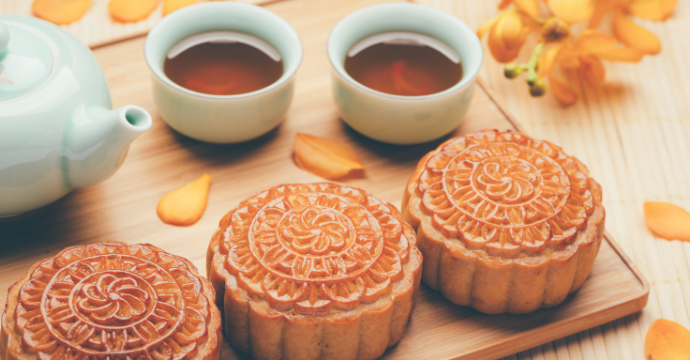 Also known as the Mid-Autumn Festival, Moon Festival is held on the 15th day of the 8th month of the Chinese lunisolar calendar. This coincides with the full moon between September and October. A three-day national holiday takes place during the Moon Festival in China. Furthermore, families gather together to enjoy the festival and the elaborate illuminations that decorate China’s major cities. Another Moon Festival tradition is the eating of Mooncakes, a pastry treat made especially for the festival. The three principles of the Moon Festival are: gathering, thanksgiving and praying. Many believe that the Moon Festival is a time of good fortune. 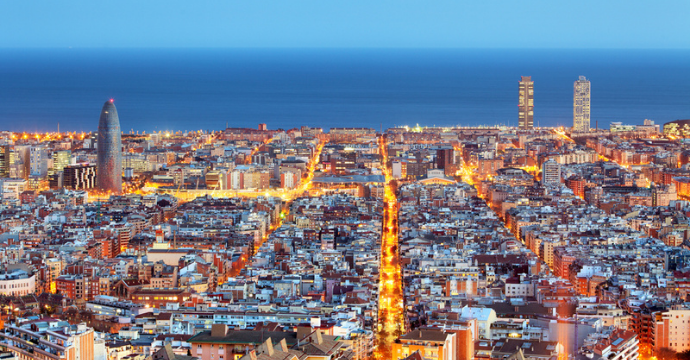 Celebrated every year on the 24th of September, La Mercè takes place in the city of Barcelona. This fall celebration is in honour of the Roman Catholic feast day of Our Lady of Mercy. Originating in the Middle Ages, the festival is characterised by its street parades, live music, fireworks and human towers, a unique Catalonian tradition! Expect an electric atmosphere if you travel to Barcelona during the festival. One of the highlights of La Mercè is its impressive wooden giants. These huge human-operated puppets parade the streets during the celebrations. 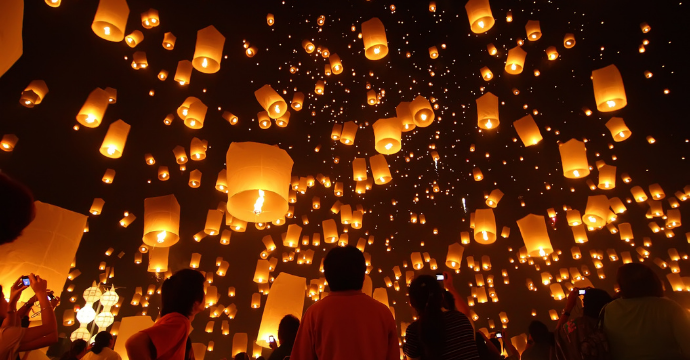 Known commonly as the ‘Lantern Festival, Loy Krathong is one of the most spectacular fall festivals around the world. The festival takes place on the night of the full moon on the 12th month of the Thai lunar calendar. Usually, this is during the month of November. Although events take place throughout Thailand, the most significant lantern displays are seen in Chiang Mai. Traditionally, celebrations involve releasing a floating lantern, or Krathong, into a river or into the sky. A symbol of new beginnings, this optimistic festival is also the chance to wish for good luck and abundance in your life. The festival is popular with visitors, who are welcome to participate by purchasing or making their own lantern to join in this shared ritual. 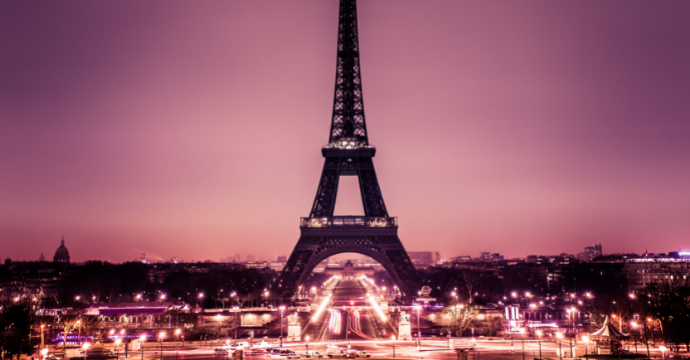 An annual celebration of the arts, Nuit Blanche is a unique fall festival. For one night only Paris opens its museums, galleries and venues until the early hours. Special events are held throughout the city and visitors have the chance to explore some of Paris’ most famous sights after dark and free of charge. Furthermore, public transport operates throughout the ‘White Night’ and live performances take place throughout the city. Of all the fall festivals around the world, Nuit Blanche is an unmissable event for anyone who appreciates art and culture. This festival usually takes place in early October.

Fall is a wonderful season; a time of harvest, abundance, renewal and change. Celebrate this season by travelling with Exoticca – your online travel agent.