You’ll want to know what the least visited country in the world is if you’re the kind of traveller who likes to venture off the beaten track! If you’re looking to tick more unique destinations off of your travel list, then visiting the least visited countries is a good place to start. From remote desert islands to little known nations, getting off the tourist track is infinitely rewarding. Furthermore, a trip to a less travelled country is a great way to encounter new cultures and ideas. So, if you’re planning your next trip, why not consider these far-flung destinations?

Tuvalu: the least visited country in the world! 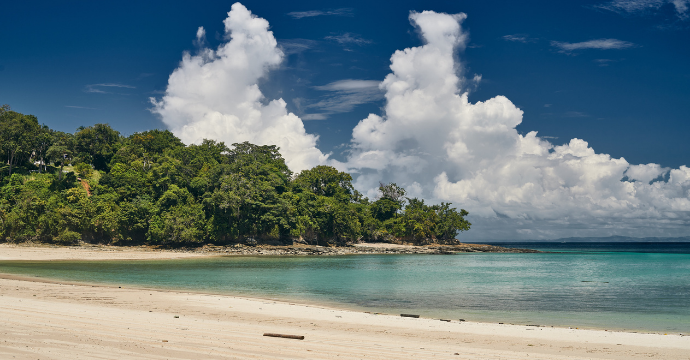 This tiny island nation, nestled near the equator in the Pacific Ocean, holds the title of the least visited country in the world. With annual visitor numbers in the low thousands, just nine islands form the country of Tuvalu. In fact, the total population of Tuvalu is only around 12,000! Part of the British Commonwealth, Tuvalu is home to tiny atolls and reef islands. Here you can expect to find immaculate, palm-fringed beaches and minimal infrastructure. The capital, Funafuti, is known as an incredible diving and snorkelling destination. Furthermore, the waters surrounding Tuvalu are rich in marine life such as sea turtles and tropical fish. Connected to the rest of the world by just two flights per week, Tuvalu is the ultimate off-the-beaten-track destination! 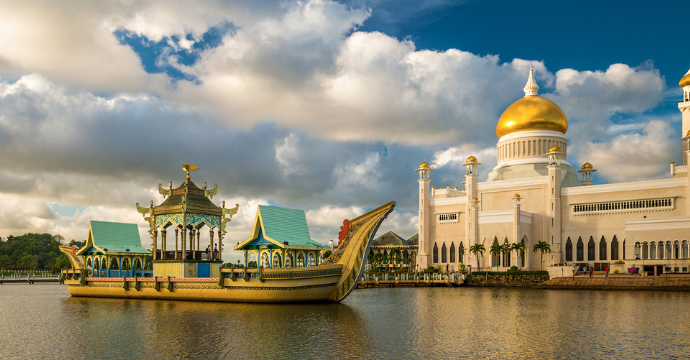 One of the few remaining Sultanates on earth, Brunei is a tiny nation on the island of Borneo in Southeast Asia. Composed of two separate parts, Brunei is governed by a Sultan. In fact, the current Sultan, Hassanal Bolkiah, is one of the only absolute monarchs on earth! Travel to Brunei is all about experiencing the local culture and a society based on Islamic sharia law. On the other hand, Brunei is home to captivating architecture, especially in the capital Bandar Seri Begawan. Here, you can admire the impressive Jame’Asr Hassanil Bolkiah mosque and opulent Sultan’s Palace. Nevertheless, part of the reason it is one of the least visited countries in the world is Brunei’s strict laws and government policies. 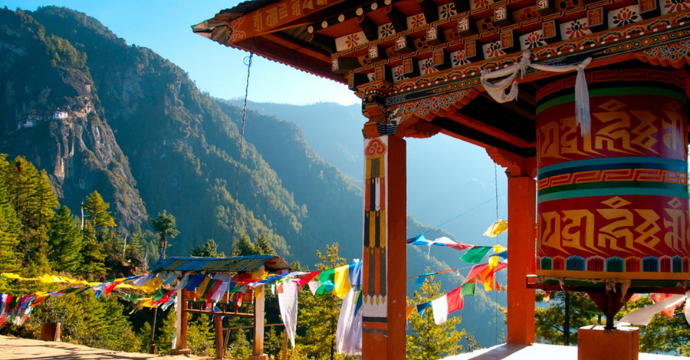 Nestled in the Himalayas, the Buddhist Kingdom of Bhutan is known for its temples, dzongs and landscapes. An enchanting place, this high-altitude nation is shrouded in myths and legends. A deeply spiritual place, anyone with an interest in Buddhism and eastern philosophies will relish the chance to visit Bhutan. This country measures its success on a Gross National Happiness Index rather than GDP and Bhutan truly is a land of smiles. Furthermore, the mountainside monasteries, untouched landscapes and Buddhist architecture are simply unmissable. It might not be the least visited country in the world, but tourism numbers are relatively low here. This is due to a minimum daily tariff of $250 imposed on anyone that travels to Bhutan, in the hope to encourage sustainable tourism and preserve the authenticity of the country. 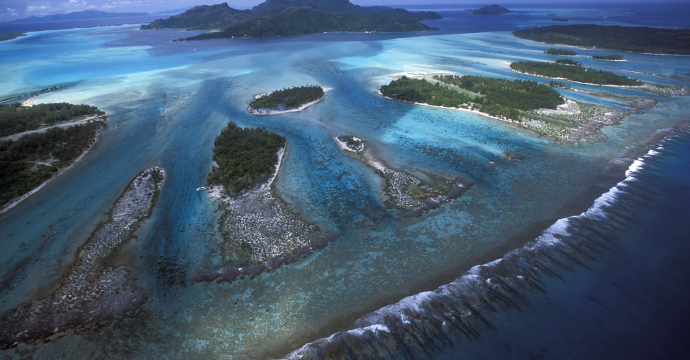 Due to its remote location in the South Pacific,  French Polynesia is one of the least visited countries in the world. An island chain that stretches across more than 2,000 kilometres, French Polynesia is truly a tropical paradise. Palm-fringed beaches, over-water resorts and verdant forests invite travellers to relax and unwind. The best-known islands are Bora Bora, Papeete and Moorea, but there are more than 100 islands to explore. Head off the beaten track, away from the resort islands, and you’ll find unique cultural experiences and even more paradisical beaches! Furthermore, French Polynesia is an incredible destination for scuba diving and snorkelling thanks to its rich underwater world. 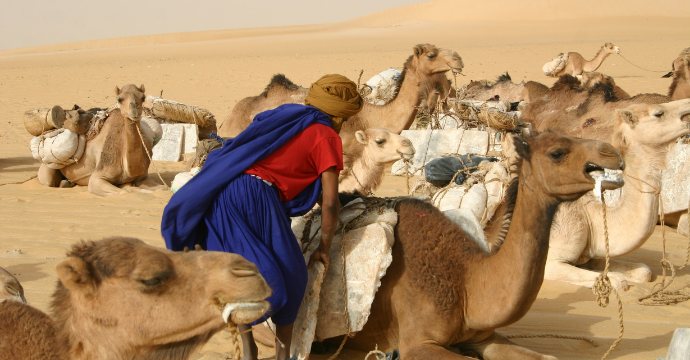 The eighth-largest African nation, yet one of the least visited, Mali has a rich cultural heritage. In fact, Mali is home to some pretty astounding Islamic architecture, such as the Great Mosque of Djenne. Furthermore, if you travel to Mali you can actually visit the real Timbuktu, once an important centre of trade and Islamic learning. On the other hand, due to ongoing local conflicts and ethnic violence, Mali is one of the least visited countries in the world. Nevertheless, Mali is an incredible country with an array of unique architecture and fascinating heritage. 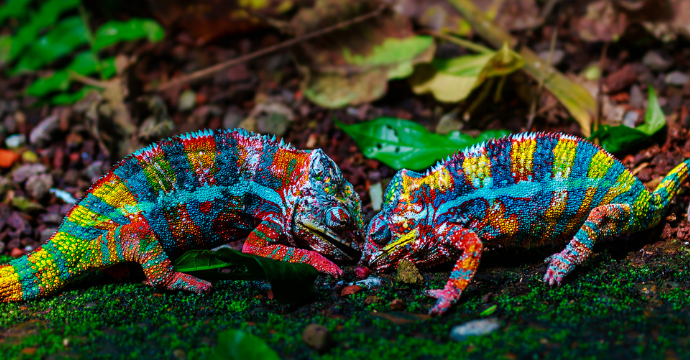 Astounding and surprising to all who visit it, Madagascar is an island country in the Indian Ocean. Situated off the coast of East Africa, Madagascar might be one of the least visited countries but it is certainly an incredible travel destination. Here you can encounter colourful Malagasy culture and some of the most unique animal species in the world. Home to lemurs, colour-changing chameleons and giant baobab trees, Madagascar is an exciting place to explore. Incredible beaches and charming fishing villages are found along the coastline, whilst the highlands are dotted with various towns and cities, such as the capital of Antananarivo. 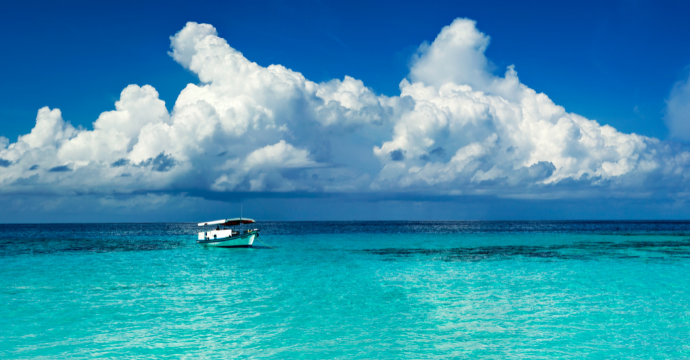 If you want to visit the least touristy Caribbean islands, be sure to travel to the paradise isle of Montserrat. Not only is this one of the lesser-known Caribbean Islands, but it is also one of the least visited countries in the world. With only 8,000 annual visitors, Montserrat is part of the Lesser Antilles chain and a British Overseas Territory. Known for its lush interior and quiet stretches of coastline, it is nicknamed the ‘Emerald Isle of the Caribbean’. It was once famous as a jet-set destination for musicians. Unfortunately, a volcano eruption in the 1990s destroyed large parts of the island. Today Montserrat is regaining popularity but is sure to retain its exclusive reputation!

Fancy venturing off the beaten track? Head to our website to plan your next adventure today! Exoticca – your online travel agent.