Wondering where the best place to see the Northern Lights is? The Northern Lights are a natural phenomenon seen in high-latitude regions across the world. The result of energised particles from the sun colliding with the earth’s atmosphere, the multi-coloured dancing lights are one of the most spectacular natural wonders on the planet. No wonder many travellers have the Northern Lights high on their bucket lists! 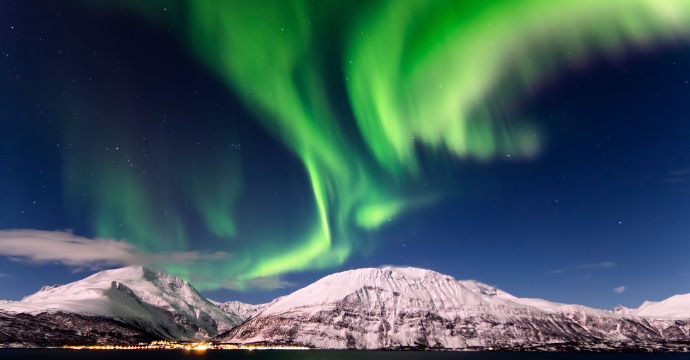 Thought to be the best place on earth to see the Northern Lights, Tromso is situated in the Norwegian Arctic. Therefore, there’s a high probability of spotting this natural phenomenon if you travel to Tromso. Strictly speaking, between September and April is the best time to see the Northern Lights. At this time of year, sightings can be as frequent as every night! On the other hand. Tromso is a city, so spotting the lights might require a drive out into the wilderness and away from light pollution. Although, if the weather conditions are clear it’s possible for the dancing ‘green lady’ to make an appearance directly above the city! Easily accessible from much of Europe, Tromso is a safe bet and the best place to see the Northern Lights. 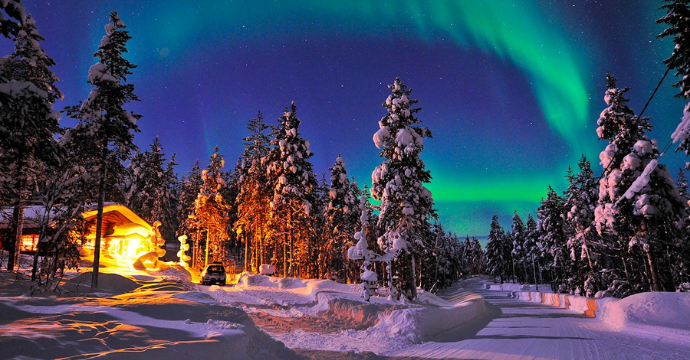 A true winter wonderland, Rovaniemi is a magical destination. Not only is it the official home of Santa Claus, but it’s also one of the best places to see the Northern Lights on earth! Visible for around 150 nights a year, the Aurora Borealis adorns the skies above Finnish Lapland frequently between late August and early April. Although Rovaniemi is a city, within a short walk you can find numerous spots for viewing the Northern Lights. Of course, a dark night and optimum weather conditions are required, but you’ll have a great chance of viewing the Northern Lights if you visit Rovaniemi during the winter. Furthermore, husky rides and snowmobile excursions offer an unforgettable way to explore the wilderness under a sky of dancing lights! 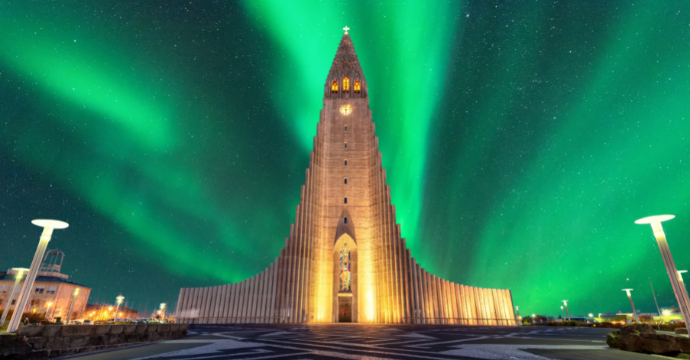 Besides Greenland’s Nuuk, Reykjavik is the only capital city on earth where you can view the Northern Lights! Known for its brilliant architecture and fantastic sightseeing, Reykjavik is one of the best places to view the Aurora Borealis. Easily accessible from Europe and the United States, the Northern Lights generally appear when the nights are longest (between September and April).

Although artificial light may affect your chances of sighting the phenomenon from the city centre, on the darkest nights you still have a good chance of seeing the lights from certain places in the capital. One such place is at Öskjuhlíð Hill, one of the most popular Northern Lights viewing spots in the city. Alternatively, drive just a few miles outside of Reykjavik to increase your chances of sighting the Northern Lights. Furthermore, if you’re travelling close to mid-winter, you might even sight the Aurora Borealis from the famous Blue Lagoon! 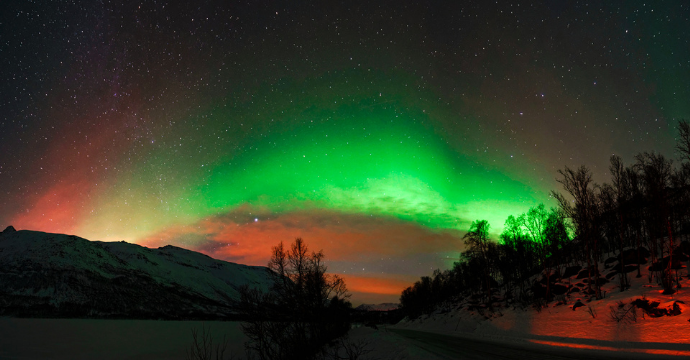 Known locally as the ‘Merry Dancers’, the Northern Lights make frequent appearances above the skies of Orkney every winter. An archipelago off the northeastern coast of Scotland, Orkney is close to the Arctic Circle. This proximity and lack of light pollution make it one of the best places to witness the Northern Lights in the United Kingdom. Of course, autumn and winter are the ideal time to go hunting for the auroras in Orkney. The darker and clearer the skies, the higher chance of catching sight of this show-stopping phenomenon. Furthermore, Orkney has an array of other captivating sights, from Neolithic sites to seal colonies and dramatic sandstone cliffs. 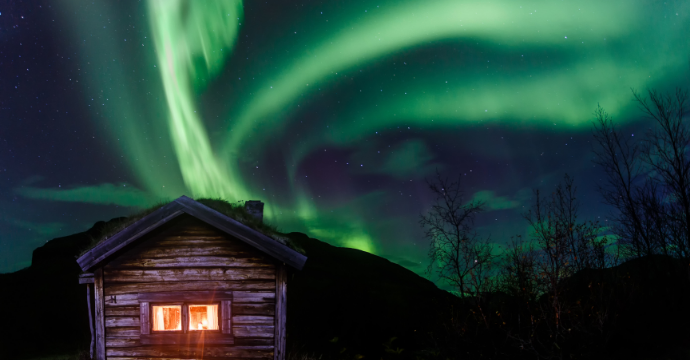 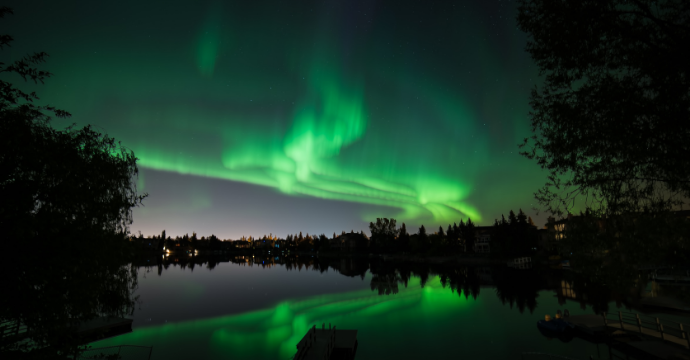 In the heart of northwest Canada lies Yukon. A mythical land of wild forests and rugged mountains, this sparsely populated region is the best place to see the Northern Lights in the country. Frequently sighted between August and April, it’s said that the first few weeks of the winter are the most successful for spotting the Northern Lights. If you venture to this remote part of the world, chances are you’re here to take in the breathtaking landscapes. So, what could be better than bathing in a steaming hot spring or cruising on the legendary Yukon River whilst the sky illuminates with the magical Northern Lights!

Ready to witness the Northern Lights for yourself? Book a bucket-list adventure to more than 50 destinations around the globe on our official website: