With around 6,000 islands scattered across the Aegean and Ionian Seas, it can be challenging to choose the best Greek islands to visit on holiday. From white-sand beaches to idyllic white-washed villages, Greece is filled with picture-perfect holiday destinations. Here’s our pick of the best greek islands for soul-stirring landscapes and holiday-ready beaches. 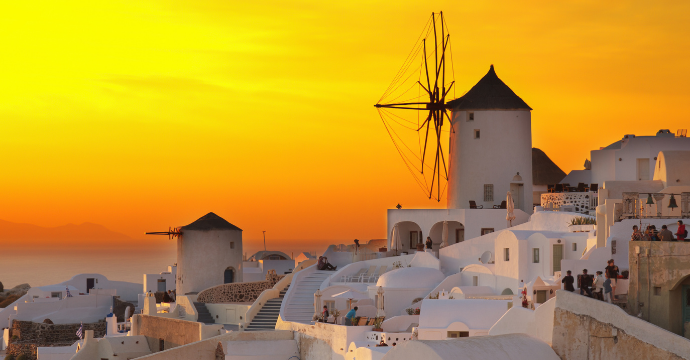 Santorini exudes glamour and style and is a favourite destination of the jet-set. Its blue-domed buildings have become the postcard image of the Greek islands so it’s little wonder that Santorini is one of the best Greek islands to visit on holiday.  Santorini is part of the Cyclades island group and is known for its charming architecture and its cliff-hugging towns of Oia and Fira. Santorini is a crescent-shaped volcanic island and has long been considered the most romantic Greek island. Therefore it is a popular choice for honeymooners. Santorini is also known for its legendary sunsets, said to be the most awe-inspiring on earth. The best place to watch the sunset in Santorini is from the town of Oia. Head to one of the beachside tavernas, but be sure to arrive early enough to grab a seat!

As well as charming architecture and gorgeous sunsets, Santorini is home to some of the most unique beaches of all the Greek islands. Perissa beach is considered the best on the island, but you should also visit the black sand beach of Kamari and the striking Red Beach too. Santorini produces delicious wines thanks to its unique volcanic soil, so you will find a number of wineries on the island. Although Santorini has high-end appeal, there are accommodation options to suit all budgets. 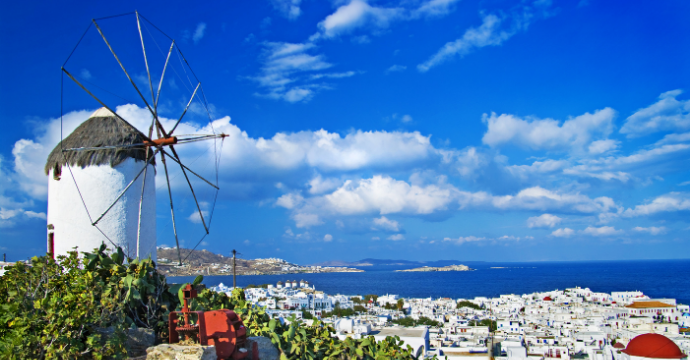 Mykonos is also within the Cyclades island group. It is one of the best Greek islands to visit on holiday if you’re looking for a spot of hedonism! Mykonos is well-known for its summer party atmosphere. At the height of summer, the island comes alive with live music and beach parties. Although it is a popular destination for younger travellers, Mykonos is just as exciting outside of the high season. It tempts visitors with its to-die-for sunsets, brilliant Greek cuisine and all the idyllic Greek architecture and culture you’d expect. Mykonos’ most recognisable landmarks are its windmills, a remnant of the island’s bread producing heritage. Chora is the island’s port and capital, where you’ll find a variety of shops and restaurants. When it comes to beaches, there’s plenty to choose from although Psarou, Paranga and Platys Gialos are the most popular spots to place your sunbed.

Crete: Best Greek island for all the family 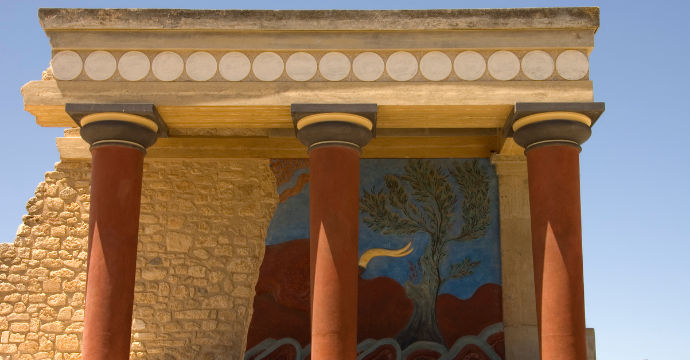 Crete is the largest of the Greek islands and is one of the most popular Greek holiday destinations. It is located at the southern edge of the Aegean Sea. Crete is famously home to the amazing Palace of Knossos, the most important archaeological site of the ancient Minoan civilisation! The capital is Heraklion, a vibrant and cosmopolitan city, bursting with opportunities to encounter authentic Greek culture. There are also many other towns and villages to explore throughout this vast island. Crete is one of the best Greek islands to visit on holiday because there are so many things to see and do, from exploring ancient ruins, getting to know its charming towns or simply kicking back on one of the paradise beaches. It is a great choice for a family holiday. 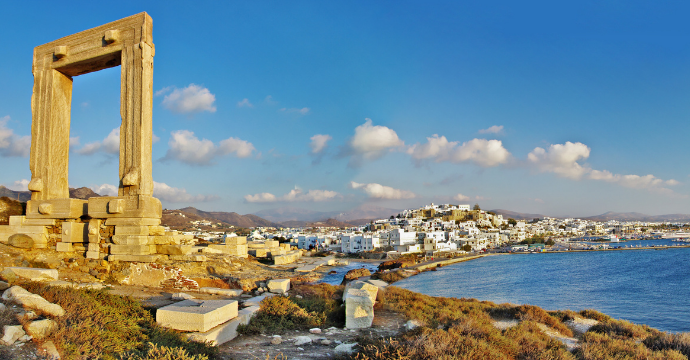 Naxos is known for its ties with Greek mythology. It was famously the childhood home of the Greek god, Zeus, and his son Dionysus. A holiday to Naxos is bound to ignite your imagination. A centre of Cycladic culture, Naxos is the largest island in the Cyclades island group. A short ferry ride connects Naxos to the better-known islands of Santorini, Paros and Mykonos.

As Naxos is less-visited than other Greek islands, it’s the perfect holiday destination for a relaxing getaway. You can expect sun-drenched beaches, authentic Greek culture and breathtaking landscapes. It also boasts a number of treasured archaeological sites, such as the famous Temple of Apollo, with its amazing views of the sea and Marble Gate of Portara. Other sights include the charming Medieval quarter of Kastro and the Monastery of Panagia Drossiani. Combining fabulous sightseeing, idyllic beaches and charming architecture, Naxos is one of the best Greek islands to visit on holiday.

Hopefully, this has helped to narrow down your search for the best Greek islands to visit on holiday! Here are our latest trips to Greece for further inspiration.