As part of our Back to Travel promotion, we’re highlighting the best ‘back to culture’ destinations! Nothing says ‘culture’ like a great museum, and the most famous museums in the world are worth travelling for. From world-renowned art galleries to archaeological museums, our pick of famous museums is sure to get you planning your next cultural trip. 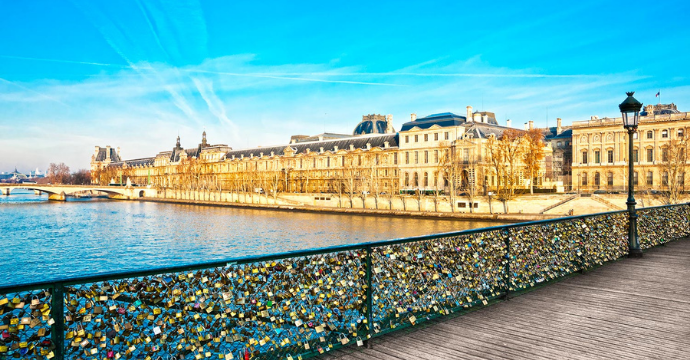 One of the most famous museums in the world, the Louvre is a must-see if you travel to Paris. The largest art museum on earth, it is instantly recognisable by its glass pyramid. The museum is housed within the extensive Louvre Palace, constructed between the 12th and 13th centuries. Today, the Louvre is known as the home of the Mona Lisa, Leonardo da Vinci’s most iconic masterpiece. Furthermore, in addition to the 7,500 painted masterpieces, the museum also hosts an array of fascinating ancient Greek, Roman and Egyptian artefacts, Islamic arts, sculptures and decorative furnishings. Situated in central Paris, on the banks of the River Seine, you could spend many days exploring the Louvre and only ever scratch the surface of its extensive collection! 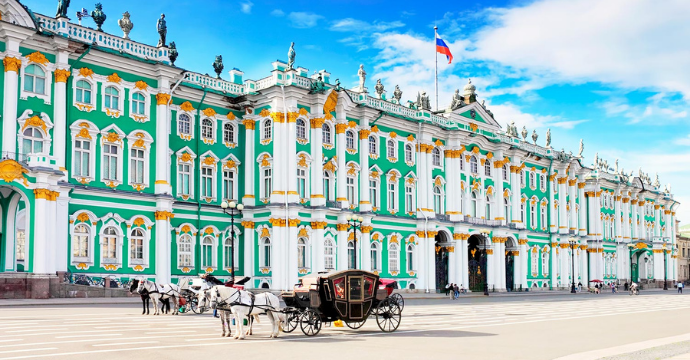 After the Louvre, the Hermitage Museum is the second-largest art museum in the world! This famous museum has a fascinating history. It was founded in 1764 after Catherine the Great acquired a large collection of paintings from a German merchant. Housed within six historical buildings, including the Winter Palace, the museum is located on the banks of the Neva River.

Of course, like all famous museums, the Hermitage has an impressive collection of antiquities, but it’s famous for its huge collection of paintings. The Return of the Prodigal Son by Rembrandt and Leonardo da Vinci’s Madonna Litta are just a couple of the must-see masterpieces if you visit the Hermitage. Furthermore, the works of Renoir, Monet, Cezanne, Van Gogh and Degas can also be viewed here. Undoubtedly, the Hermitage Museum is deserving of its status as one of the most famous museums in the world. 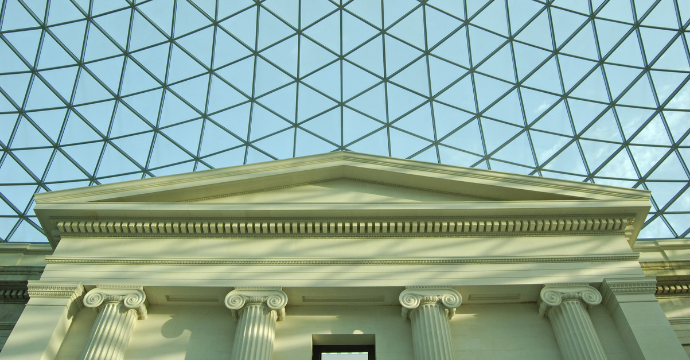 The world-famous British Museum contains a wealth of fascinating objects, charting the evolution of human culture and history over the last 2 million years! Originally, the British Museum opened to the public in 1759, housed within Montagu House in the Bloomsbury area of London. Home to around 8 million objects, much of the collection was brought from overseas during the days of the British Empire. This huge collection is divided into different zones, including the departments of Egypt and Sudan, Greece and Rome, and the Middle East. The amazing Elgin Marbles and the Rosetta Stone are among the most famous objects in the museum. Additionally, entrance to the museums permanent collection is completely free of charge! 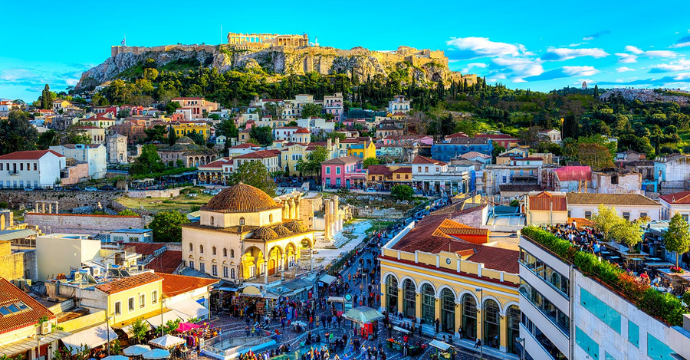 At the foot of the Athens Acropolis, the Acropolis Museum is one of the most famous museums in the world. This state-of-the-art museum houses an array of Ancient Greek treasures unearthed from the Acropolis and its surroundings. Undoubtedly, the Acropolis Museum is a must-see if you are interested in the history of Ancient Greece and Athens. Additionally, objects dating all the way from the Bronze Age to the Byzantine era can also be viewed here. Set within spacious, modern interiors, the highlights here include ancient Greek sculptures, the Parthenon Marbles and even an archaeological site. 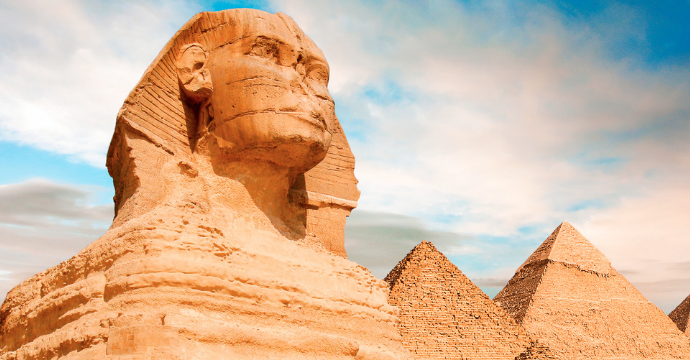 The oldest archaeological museum in the Middle East, the Egyptian Museum is world-famous. It houses the largest collection of Pharaonic antiquities in the world. To uncover the secrets of Ancient Egypt, the Egyptian Museum is the perfect choice for a cultural trip. From Tutankhamun to Rameses III, the Egyptian Museum allows you to trace the footsteps of the Pharaohs and learn about life in Ancient Egypt. Furthermore, once you’ve finished admiring the huge statues, sarcophagi and mummies, the lower floor showcases smaller objects, such as authentic papyrus paper and gold coins. 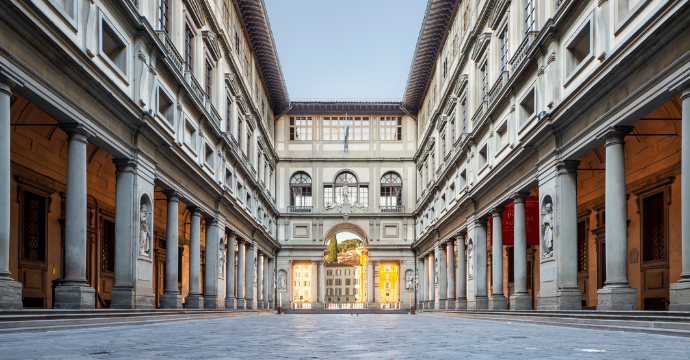 Nestled in the historic heart of Florence, the Uffizi Gallery is one of the most famous art museums in the world. It is well-known for its priceless artworks and an extensive collection of Renaissance masterpieces. Furthermore, it is one of the world’s oldest galleries, open to visitors since the 16th-century. The works of Botticelli, Michelangelo, Leonardo da Vinci and Carravagio, among others, can be viewed here. As the most visited art gallery in Italy, it is surely a paradise for art lovers! 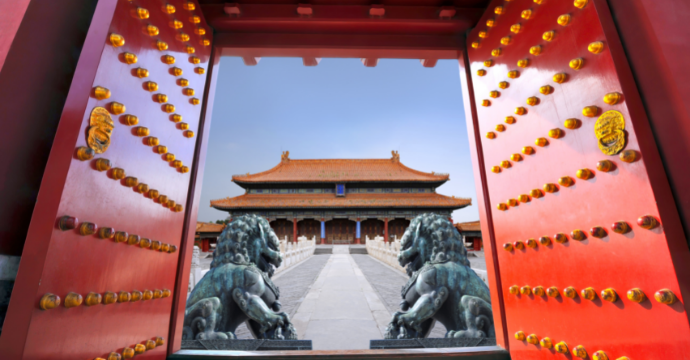 One of the most famous museums in the world, the Forbidden City stands out as a unique cultural destination. Constructed in the 15th-century, it functioned as the winter residence of the Emperors of the Ming and Qing dynasties. Today, this amazing walled city is a UNESCO World Heritage Site, consisting of 980 buildings covering an area of 720,000 square metres! As the best-preserved imperial palace in China, it is one of the top attractions in Beijing. Like a living museum, a stroll through this vast complex is sure to transport you back in time! 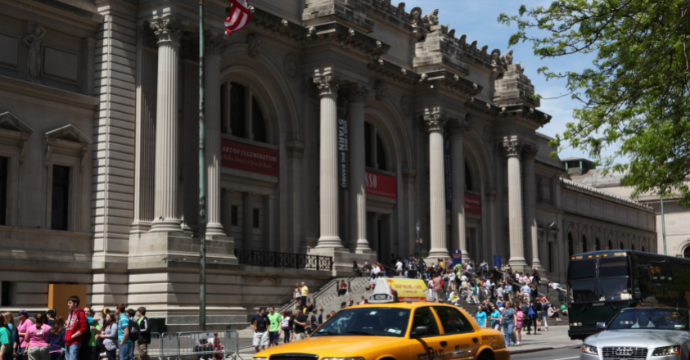 Known as ‘The Met’, this New York institution is the largest art museum in the United States. As one of the most famous museums in the world, the Met is home to over 2 million works of art, ranging from Renaissance paintings to abstract modern works. Furthermore, this museum also boasts a range of fantastic sculptures and antiques from ancient civilisations. Of course,  the Met’s privileged location in Central Park only adds to its appeal! If you travel to New York you can’t miss out on a visit to the beloved Met!

So,  are you ready for a cultural trip? Explore our globe-spanning destinations and, for a limited time only, get Back to Culture for less with our Back to Travel deals!