The most beautiful European cities are eternally popular travel destinations. Filled with spectacular architecture and atmospheric streets, if you’re searching for the perfect city break, let these beautiful European cities inspire your travel plans! Across this continent, you’ll find incredible cityscapes, from dynamic urban centres to characterful towns. It’s little wonder Europe is one of the most lusted-after destinations! It’s true, you’ll be spoilt for choice when it comes to beautiful cities in Europe, so why not consider one of these top picks for your next getaway? 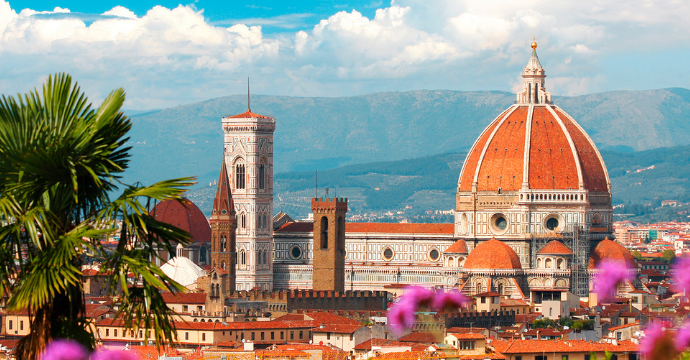 Around every corner, this Italian city enchants and inspires! The capital of the Tuscany region, Florence is famous as the birthplace of the Renaissance. Furthermore, it was once the playground of the powerful Medici family and artists as legendary as Michelangelo and Brunelleschi. Fortunately, Florence has retained much of its Renaissance-era charm despite the passing of time. Glorious architecture, ranging from the Ponte Vecchio bridge to the breathtaking Cathedral of Santa Maria del Fiore remains a living history of this period. Finally, Florence is home to some of the world’s most renowned art museums, as well as a thriving Italian restaurant scene. Surely, it is one of the most beautiful European cities! 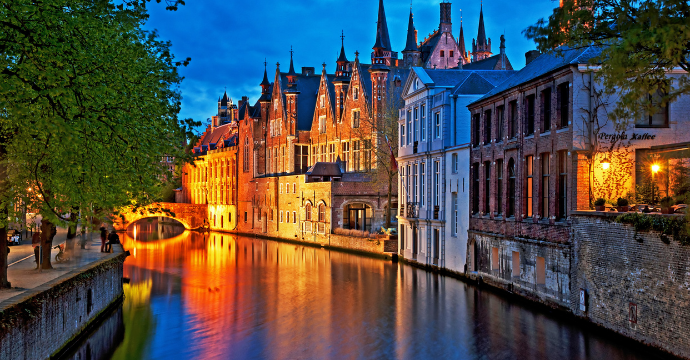 A dynamic, forward-looking country, Belgium is home to the enchanting city of Bruges. Like stepping back in time, the streets of Bruges are bursting with old-world charm. A true fairytale city, Bruges is famous for its breweries, canals and medieval architecture. At the centre of the city is ‘The Burg’, a Gothic-style town square, the perfect place to soak up the city’s quaint atmosphere. Nearby, a climb to the top of the medieval Belfy Tower is a must-do for great views and to work off all the Belgian beers and waffles! In fact, exploring the city on foot is entirely possible. Indeed, much of the joy of visiting Bruges is getting lost among its cobblestone alleyways and stumbling upon hidden bars and pretty waterways. 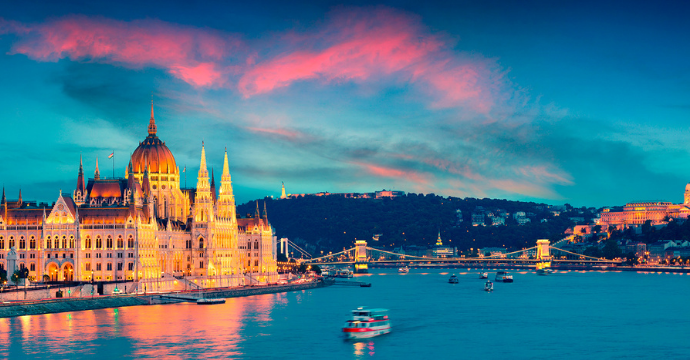 A city of two halves, Budapest is known as the ‘Paris of the East’.  Awash with culture, ranging from world-class classical music to vibrant nightlife it’s truly one of the most beautiful European cities. Divided by the mighty River Danube into Buda and Pest, Budapest is the capital of Hungary. Furthermore, it’s a walkable city, making it a perfect choice for a city break. Highlights include the impressive Parliament Building, the views from Fishermen’s Bastion and the Instagram-worthy Szechnyi Thermal Baths. 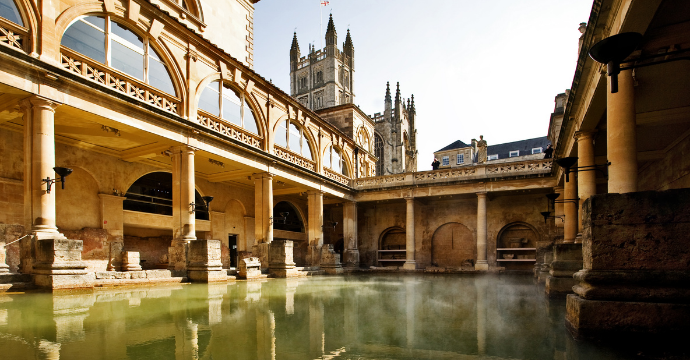 A UNESCO World Heritage Site, Bath is one of the UK’s most beautiful cities. Founded in Roman times, the city is famed for its historic Roman Baths and beautiful Georgian architecture. A ‘spa-town’, Bath grew in size and importance following the discovery of the River Avon’s therapeutic springs. Today, its elegant streets are no less alluring, lined with landscaped gardens, independent shops and cosy bars and eateries. One of England’s most popular visitor destinations, exploring the city’s cobblestone streets and historic bridges is a real treat! 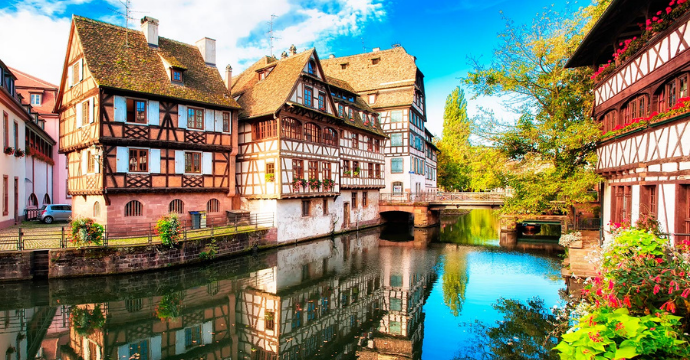 Nothing could be more quintessentially European than Strasbourg. A fusion of French and German influences, this city boasts a rich history and an even richer array of architecture, all of which is beautiful! Situated in the historic region of Alsace, Strasbourg is situated next to the river Rhine. Highlights include the Gothic-style Strasbourg Cathedral, the timbered houses of Place du Marché aux Cochons de Lait and the medieval Ponts Couverts bridge. Undoubtedly, one of the most beautiful European cities, Strasbourg is also the seat of the European Parliament. 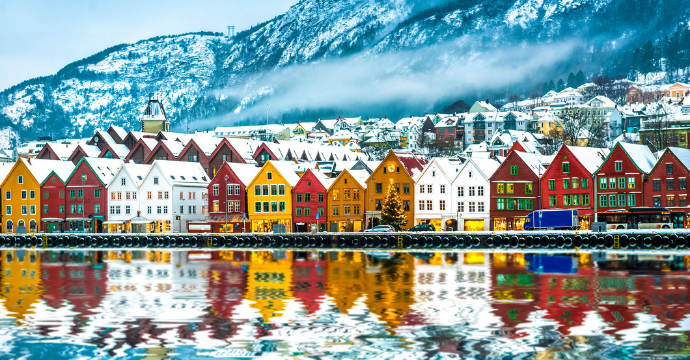 When it comes to European beautiful places, Bergen deserves a special mention. Situated on the southwest coast of Norway, Bergen sits at the end of the spectacular Sognefjord. Surrounded by forests, mountains and fjords, Bergen is a unique place where you can reconnect with nature and experience a relaxed place of life. most charming is its old harbour district of Bryggen, lined with colourful wooden houses. With excellent museums and a stone’s throw away from the epic landscapes of Norway’s fjord lands, Bergen is one of the most beautiful European cities to add to your bucket list. 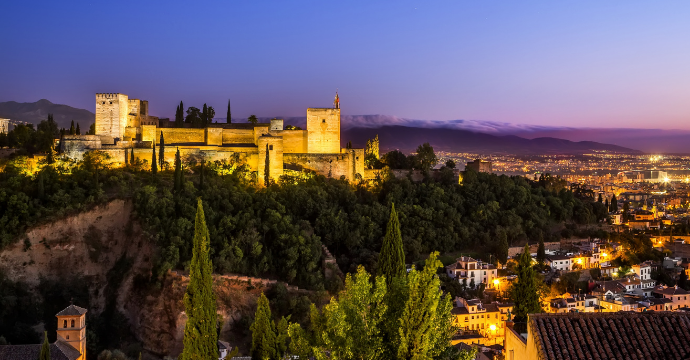 Sat at the foot of the breathtaking, snow-capped Sierra Nevada mountains, yet only a short drive away from the sun-soaked beaches of the Costa Tropical, Granada is one of the most beautiful cities in Europe. Famous for its Moorish heritage, remnants of this fascinating epoch in the city’s history can be seen at the beautiful Alhambra Palace.  Furthermore, the city also retains its charming Albayzia district, a historic Arab quarter home to traditional houses and buildings. The amazing backdrop and hilltop location and melting-pot culture make it one of the most beautiful cities in Europe. 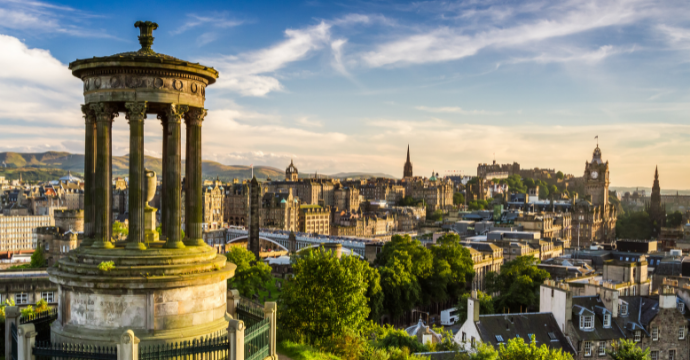 In the heart of bonny Scotland lies the beautiful capital city of Edinburgh. Indeed, this city is bursting with exciting history and photogenic streets. Furthermore, Edinburgh is a city of two sides. On the one hand, you have its atmospheric Old Town, dating back to medieval times with cobblestone streets and dimly lit labyrinthine alleyways. On the other hand, the elegant Georgian New Town boasts impressive classical architecture, open spaces and grid-lined streets. Highlights include Edinburgh Castle and the Royal Palace of Holyrood, connected by the bustling Royal Mile.

So, now you know the 8 most beautiful European cities, which is your favourite? Discover the city-break of your dreams on our official website and start planning your getaway today: