The Great Migration is a feat of nature that can only truly be experienced first-hand. Every year, at the end of the rainy season, the millions of animals that inhabit the Serengeti in Tanzania head north. They travel in search of more fertile grazing land, with abundant vegetation and water. They usually depart in December and arrive at the lush plains of the Maasai Mara by mid-summer the following year. The Great Migration never ends, but it is a cyclical movement that repeats itself every year. The only thing to keep in mind if you want to witness it is the whereabouts of the animals at the time of your visit to the region.

The dry season signals the movement of more than 1.5 million wildebeest, zebras, gazelles, and other herbivorous animals in search of more plentiful grazing lands. The journey begins in the north of the Serengeti, Tanzania’s National Park, declared a World Heritage Site in 1981. By the end of March, they reach northern Ngorongoro, where these creatures must be on guard to avoid the predatory animals who stalk the area, such as tigers and leopards. Assuming survival, they continue to move through the central plains of the Serengeti until they reach the corridor of the park in early summer, at which point the herds are divided into two groups: those that take the path through the Grumeti reserve, and those that dare to cross Lake Victoria, where hungry crocodiles await them.

It is amazing to see how these creatures form their groups, in order to defend themselves from predators. Knowing the dangers that await them, they form rows, kilometres in length. Pasture land is distributed carefully, to avoid running out of subsistence. Once the resources of one area are spent, they set off again in search for a new patch.

In late spring and early summer, the Maasai Mara Reserve in Kenya begins to welcome the first groups of animals. In July and August, the park is teeming with the migrating herbivores, making for a fantastic time to visit. These animals have made a journey of more than 3,000 kilometres, to survive the fruitless dry season at home. Less fortunate animals may have fallen to the wayside along the journey, be it due to fear or predators. However, the group also has new additions, in the form of offspring that has been born along the way.

On a Maasai Mara safari, you will undoubtedly witness a great variety of wildlife, from zebras, giraffes and elephants to lions, crocodiles and hippos. The migration season also heightens the opportunity of seeing the predators in action, since there are so many herbivores to choose from. The migrated animals tend to remain in Kenya until the Autumn when they will then make their long journey back to the Serengeti for the wet season. 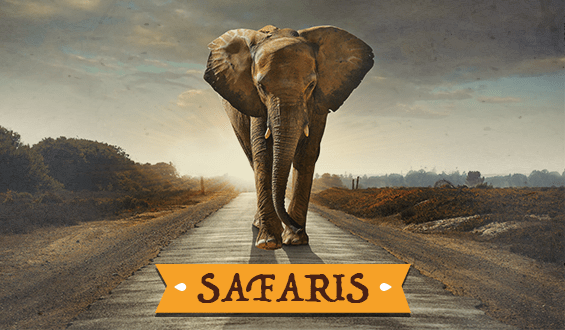