Want to learn more about the most amazing spring festivals around the world? Winter might not be over yet, but we’re already looking forward to celebrating the arrival of spring! Traditionally, spring is a time of renewal, rebirth and new beginnings. Welcoming longer days and warmer temperatures, cultures around the world mark the arrival of spring in a variety of ways. Furthermore, spring is one of the best times of year to plan a trip as you can experience these unique festivals for yourself! Here are 5 amazing spring festivals that you can enjoy in 2022.

One of the most famous spring festivals around the world, Holi is an explosion of colour! In fact, this ancient Hindu tradition is also known as the “Festival of Love”, the “Festival of Colours” and the “Festival of Spring”. Taking place on March 18th 2022, Holi Festival sees communities coming together to participate in giant, colourful parties. Tradition states that Holi is the celebration of the triumph of good over evil. Over the centuries, it’s grown more closely associated with the arrival of spring and the celebration of love. Indeed, some of the most popular Holi traditions include forgiving and forgetting past quarrels and it is celebrated in all regions of India.

Of course, the most famous part of Holi is the vibrant use of colour! Huge parties break out in the streets where communities come together to throw colourful powders over each other and dance to music. This joyful ritual is all about creating harmony and bringing people together in a happy and carefree atmosphere. Later in the day, families spend time together, visit relatives and share special Holi sweets. Furthermore, you’ll find Holi celebrations taking place in countries around the world, especially in countries with large Indian communities. 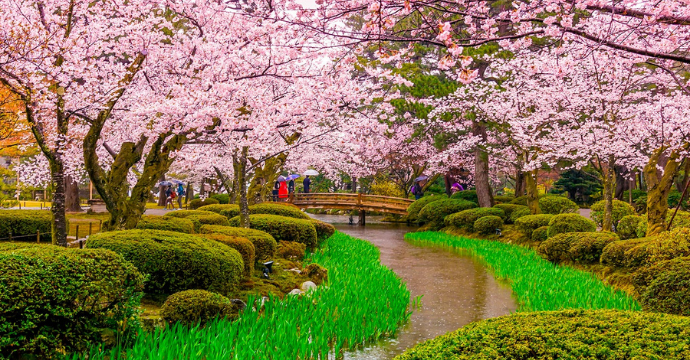 What could be better than visiting Japan during Cherry Blossom season? A true symbol of spring, the arrival of cherry blossom season marks the start of the new season in Japan. During a fleeting period of just a few weeks, cherry blossom adorns the trees of some of Japan’s most popular destinations. From Tokyo to Kyoto and Osaka to Hokkaido, the Japanese mark this special time of year in several ways. Above all, the tradition of Hanami is the most important. The practice of viewing the spring blooms, Hamani has been an important part of the spring festival in Japan for over 1,000 years. Going and sitting under a cherry blossom tree with a picnic is the most common way to practice Hamani.

During the short-lived cherry blossom season, thousands of people flock to public parks and the Japanese countryside to picnic, play games and enjoy the beautiful sakura. Other elements of Japan’s Cherry Blossom Festival include attending tea ceremonies and decorating cherry blossom trees with lanterns. Therefore, their beauty can also be enjoyed after dark! In Tokyo, Kyoto and Osaka, Cherry Blossom Festivals usually occur around the end of March and beginning of April. 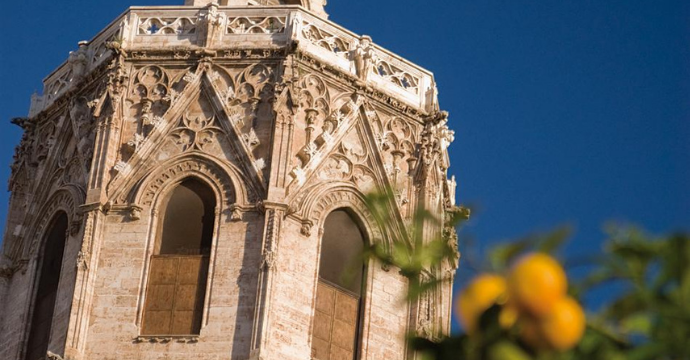 A traditional festival in honour of St. Joseph, Las Fallas takes place in the city of Valencia on the eastern coast of Spain. This spring festival is all about throwing out the old and welcoming the new. A little like spring cleaning, historically locals would throw out old furniture and belongings and burn them in huge bonfires on the street. Today, these festivities are a little more organised. Instead of belongings, enormous intricate sculptures are constructed in streets across the city in the run-up to the festival. Locals flood the streets to admire the artworks and enjoy street food and parades.

Taking place over the course of around two weeks, much of the city takes on a festival atmosphere. Pyrotechnic displays, known as Mascletas, take place every day at 2:00 p.m. creating extremely loud, rhythmic noises that can be heard for miles around. After days of mascaletas, parties, live music and communal feasting, the huge sculptures, known as ninots, are set on fire during La Crema. The final stage of Las Fallas, La Crema marks the dramatic end to the festivities. Surely, Las Fallas is one of the most unique spring festivals around the world! 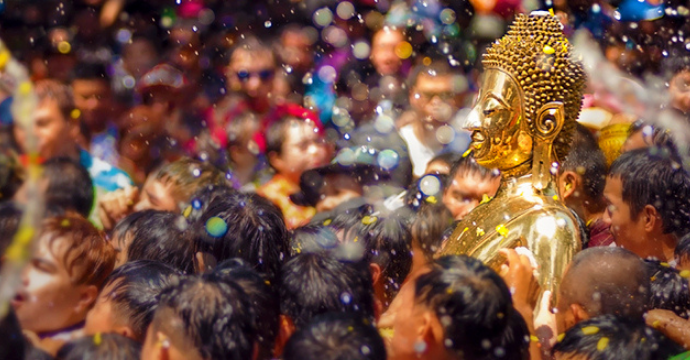 The traditional Thai New Year festival, Songkran takes place every year on April 13th. A celebration of the transformational qualities of spring, Songkran is traditionally celebrated through rituals using water. Statues of Buddha are sprinkled with water, good-willed water fights take place in the streets and fish are set free in lakes and rivers. In fact, the use of water symbolises fresh starts and purification and is one of the most important aspects of Songkran. Throughout Thailand, huge water fights take over the streets and crowds gather at temples to make offerings to local Buddhist monks. A national holiday, Songkran celebrations last for around two days. An unmissable sight if you travel to Thailand during the spring! 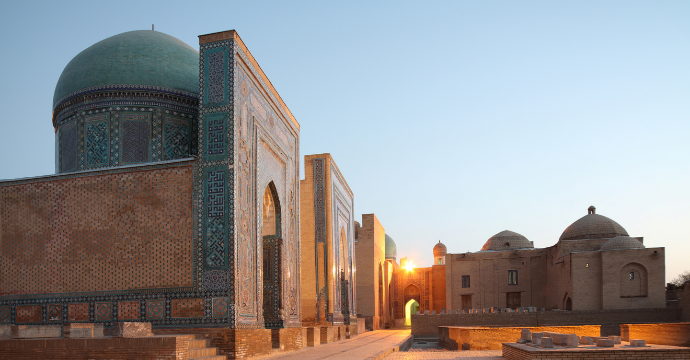 Taking place on March 21st every year, Navruz marks the beginning of spring. It is widely celebrated across Uzbekistan as well as other countries in Central Asia. Navruz is also an important festival in Iran. Today, a secular festival, Navruz has its roots in Zoroastrianism. Some of the traditions associated with Navruz include lively parades, musical performances and street parties. People wear traditional clothing and the streets are decorated with colourful lights and decorations. Like many spring festivals around the world, Navruz is thought to be a time of good fortune and forgiveness. Furthermore, Navruz is celebrated by the generous sharing of traditional homemade foods such as savoury pies and sweet treats.

Are you ready for the arrival of spring? Plan a getaway for this special time of year with Exoticca: