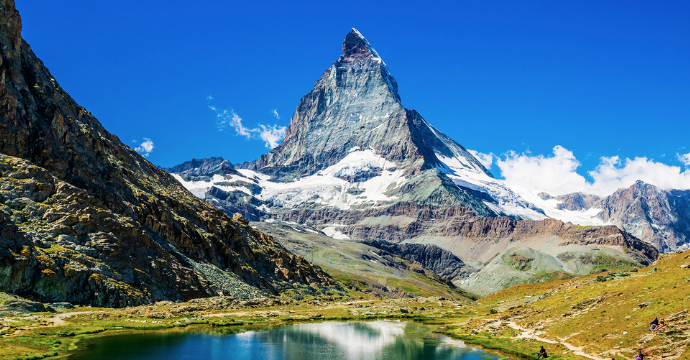 Straddling the border between Switzerland and Italy, the Matterhorn is one of the most beautiful mountains in the world. Instantly recognisable by its pyramid-shaped peak, the Matterhorn measures 4,478 m at its highest point. The Swiss resort town of Zermatt is the best place to visit to admire the iconic peak. The Matterhorn was the subject of many alpine pursuits in the 19th-century, but unfortunately, the first ascent of the Matterhorn ended in tragedy, leaving four climbers dead. Furthermore, the highest of the mountains four faces was climbed completely for the first time in 1962, although it is still considered one of the deadliest peaks in the world. 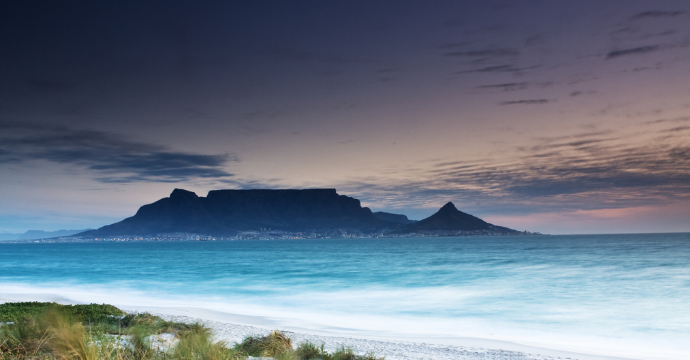 The most iconic peak in South Africa, Table Mountain rises high above Cape Town’s skyline. With its flat top, Table Mountain measures 1086 m at its peak. What makes Table Mountain so popular is that anyone can ascend to its peak! More than 350 hiking trails lead to the summit, as well as a public cableway. The plateau at the summit is three kilometers wide and from the top, you can contemplate terrific views of South Africa’s ‘Mother City. Certainly, Table Mountain is one of the most recognisable and beautiful mountains in the world! 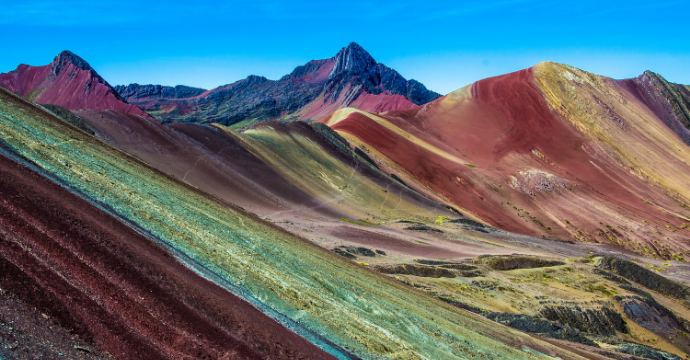 One of the more unique mountains in the world, Vinicunca stands out for its multi-coloured appearance! This rainbow mountain is nestled in the Andes of Peru, with an altitude of 5,200 m. Vinicunca gets its colourful appearance as a result of unique mineral compositions, gifting the mountain with slopes of red, green, yellow, blue and orange hues. Nicknamed ‘The Mountain of Seven Colours’, Vinicunca is one of the most popular sights in Peru. 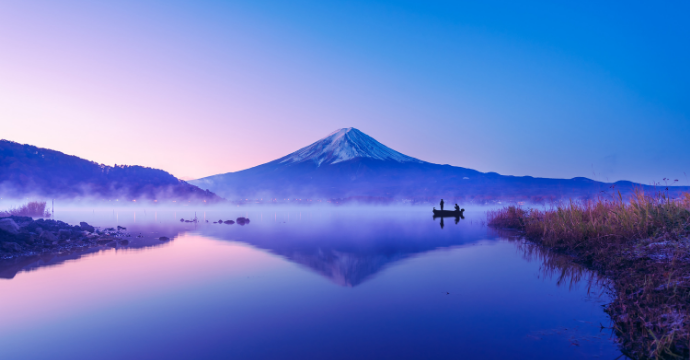 One of the most beautiful mountains in the world, Mount Fuji is the symbol of Japan. Measuring 3,776 m at its peak, Mount Fuji is the highest mountain in Japan and is situated on the island of Honshu, 100 kilometers from Tokyo. With its snowy mountain peak, Mount Fuji captures the hearts of all who view it. In fact, it is actually an active volcano! It is recognisable by its perfect conical shape and plays an important role in many aspects of traditional Shinto belief systems. Furthermore, followers of the Shugendō religion used to climb the mountain’s slopes, finally building a temple at the summit by the early 12th-century. 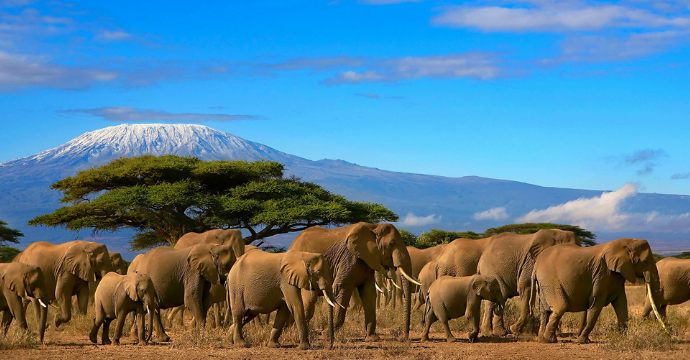 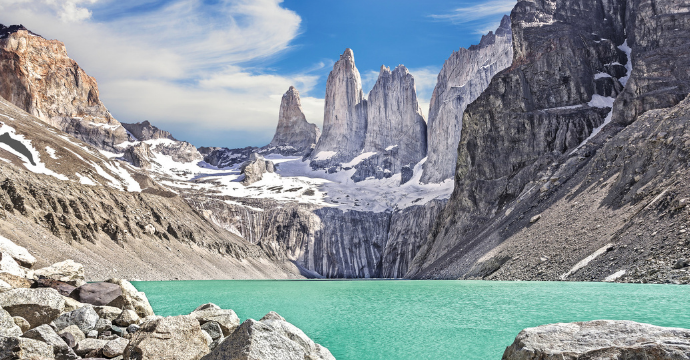 Known as the ‘Paine Horns’, these jagged granite peaks are at the heart of the Torres del Paine National Park. One of the most enchanting images imaginable, these picturesque peaks measure more than 2,000 m in height. Shaped by the forces of glacial ice over many centuries, these Patagonian peaks attract hikers from all over the world. The best place to view the Cuernos del Paine is to take the ‘W’ trekking route and visit the viewpoint at the top of Valles Frances. 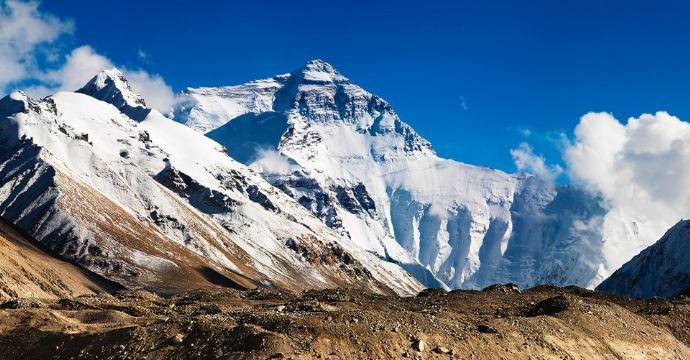 Undoubtedly, Mount Everest is the most famous mountain on earth. Of course, it is the highest mountain on earth as well, measuring a phenomenal 8,848 m at its peak. On the border between Nepal and Tibet, Everest is the final frontier for mountaineering enthusiasts. More than 300 people have died attempting to climb Mount Everest. Low oxygen levels and dangerous weather conditions at higher altitudes make it one of the most challenging peaks to climb on earth. On the other hand, Tibetan Buddhists believe the mountain to have spiritual energies and the Rongbuk Monastery at the north side of the mountain is an important place of pilgrimage. Nagarkot in the Kathmandu Valley is one of the top places to view Mount Everest. 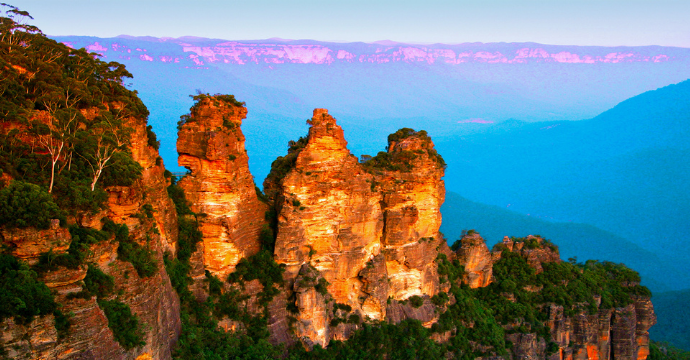 This unusual rock formation is located in Australia’s Blue Mountain range in New South Wales. A region filled with eucalyptus forests, waterfalls and rugged cliffs, visitors flock to Echo Point to take in the amazing views of the Three Sisters. Legend states that the Three Sisters were once members of a local tribe that were turned to stone in order to protect them during a marriage conflict with a neighbouring tribe. Nevertheless, these eye-catching peaks are one of the most beautiful mountains in the world.

Discover these unforgettable peaks and much more on an Exoticca trip! Discover our latest deals.