Kathmandu, the capital of the spiritual and high-altitude Nepal, is like a medieval time capsule. In the busy seasons, it can be a charmingly chaotic mass of intrepid tourists and busy locals, whose population is growing rapidly. It is by far the biggest and most diverse city in Nepal, home to a melting pot of ethnic groups and it is renowned for its authentic local craftspeople who keep ancient arts alive in their quaint workshops and on their market stalls. Next, we are going to show you the things to do in Kathmandu, the magical Spiritual Capital of Nepal.

Trade in traditional wares is where it all began for Kathmandu, as it was one of the main settlements on the old trade route between India and Tibet and the city flourished through selling the artisan wares of the native Newar people, who have inhabited the Kathmandu valley for thousands of years.

The hotspot for all visitors to Kathmandu is the old city which is full of lively bars and restaurants, hotels and street sellers, but between these more modern establishments, the traditional Nepalese architecture and elaborate temples shine through. As you wander through the winding narrow lanes of this part of Kathmandu you are immersed in the noises of the city, from spiritual prayer music, echoing temple bells, and chattering local artisans, whilst the smell of incense and Nepalese street food mixes together to create a heady aroma. Be sure not to miss the famous Monkey Temple, found on the hilltop of Swayambhunath and proudly home to a group of sacred monkeys.

Unforgettably, Kathmandu and the surrounding areas suffered a huge earthquake in 2015, which damaged many some of the most precious World Heritage Sites in the region, although the resilient locals have worked hard to repair much of the damage, along with UNESCO, who are most concerned with maintaining the glory of the three Dubar squares, the valley’s three focal points, which are home to ornate temples and traditional buildings.

From Kathmandu, the beautiful landscapes and hidden gems of Nepal are at your fingertips. Many sacred temples are a short journey away, such as Boudhanath, a stunning traditional Buddhist stupa, which is an important place of pilgrimage for Tibetan monks from around the region. A visit here provides a beautifully rare glimpse into Tibetan culture. Bhaktapur is another unmissable place to visit. It is a hilltop city, situated at 2000 metres above sea level, and surrounded by the beautiful Himalayan mountains, which provide an unforgettable backdrop to the daily lives of the woodcarvers and potters that make their lives and work in this special city. It is not hard to leave the busier Kathmandu and discover some of the more peaceful gems dotted around the Kathmandu valley.

For the most adventurous, or simply those wanting to experience some of the best views on earth, the Himalayas are visible from Kathmandu most of the year, but particularly in the winter. Many trekking opportunities are available from the city, making it the perfect place to acclimatize before a Himalayan expedition. The Himalayas are thought to be sacred mountains which are not only a source of some of the most fertile soil on earth, and, of course, healing Himalayan salts, but also beautifully encompass Nepal and have acted as an impenetrable border and a natural guard against extreme weather since the beginning of time. Visiting Kathmandu gives you the opportunity to be surrounded by these unique peaks.

A package holiday to Nepal almost always includes a visit to Kathmandu and there are unlimited reasons why this city is at the beating heart of this spiritual country. 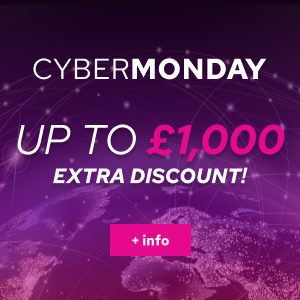