Mythical Machu Picchu is situated in the Andes, 2,430 metres above sea level in the Cusco region of Peru. An ancient Inca citadel, Machu Picchu is a bucket-list destination and the most visited attraction in the country. The impressive size and location of these ancient ruins make them a wonder of the world. Many have speculated about the original purpose of Machu Picchu since Hiram Bingham rediscovered the lost city in 1911. Some theorize it served as a ceremonial site, a military stronghold or a retreat for Inca nobility. Originally constructed in the 15th-century, Machu Picchu is remarkably well-preserved thanks to the genius of Inca engineering. Composed of temples, plazas, terraces and walls, visiting Machu Picchu is like stepping back in time.

The ancient Mayan city of Chichen Itza is another South American world wonder. Situated on the Yucatan Peninsula, Chicken Itza is a popular day-trip destination from the Riviera Maya beach resorts. It’s an important tourist attraction as well as an active archaeological site. New insights into Mayan culture are regularly unearthed here. It is thought that Chichen Itza was constructed around the 4th or 5th centuries, and it quickly became an important centre of Mayan culture.

If you visit Chichen Itza, the main attraction is a huge pyramid structure, known as El Castillo. The pyramid once served as a temple, dedicated to the Mayan deity, Kukulcán. Its impressive terraced design is an example of the Mayans ’ amazing engineering skills. A curious aspect of this world wonder is that during the spring and autumn equinoxes, the steps of the pyramid line up perfectly with the sun. This alignment casts a serpent-like shadow that crawls down the side of the structure. Chichen Itza is a mysterious site that provides an insight into the traditions and beliefs of the Mayan people. Therefore, is no surprise that it is one of the new 7 wonders of the world!

The Colosseum is located in Rome and its imposing silhouette is recognized around the world. Almost 2,000 years old, the Colosseum is well preserved and it is the most important tourist attraction in Italy. The amphitheatre was completed in the year 80 AD and hosted a range of events, including the gruesome gladiator fights of the Roman era. It was known as the Flavian Amphitheatre and attracted crowds of up to 50,000 spectators. Emperor Titius announced 100 days of games in celebration of the Colosseum’s completion. Over the course of these 100 days, more than 2,000 gladiators met their grusome fate.

Petra is one of the oldest 7 wonders of the world, nestled in the heart of Jordan’s southwestern desert. Carved directly into the pink sandstone cliffside, this was once the capital of the ancient Nabatean Kingdom. The site was propelled into the spotlight by its appearance in the Indiana Jones film The Last Crusade. Petra was a thriving trading centre and the Nabatean capital from 400 BC to 106 AD. Eventually, the city was deserted and stood empty until it was rediscovered in the early 1800s.

Today, visitors from all over the world flock to explore this wonder of the world. The Treasury is the most famous structure in Petra, with its grand, collonaded facade. Other notable structures to discover on a tour of Petra include the Monastery, the Great Temple and the Theatre. Interestingly, archaeologists suspect that only a small percentage of the original city has been uncovered so far. With its ancient history and amazing location, it is little surprise that Petra is a New 7 Wonder of the world!

The Great Wall of China is the largest wonder of the world, visible from space and stretching for more than 20,000 km. Furthermore, it is the longest man-made structure on earth. Construction started in the 7th-century BC and over the years this defensive wall has been extended multiple times. A total of 19 different walls make up the Great Wall of China. The different sections show the evolution of construction methods and styles. Parts of the Great Wall stretch as far as the Russian border and the Gobi Desert in Mongolia and construction of the wall only came to an end in the 19th-century!

Beijing is considered the gateway to the Great Wall. The most popular sections, such as Jinshanling, Juyongguan and Jiankou are located close to the capital. These sections were built during the Ming dynasty and are well-preserved, although they can become busy during peak visiting hours. As one of the greatest engineering marvels of mankind, the Great Wall of China is on the bucket lists of all intrepid travelers.

The youngest of the New 7 Wonders, Christ the Redeemer stands high above the skyline of Rio de Janeiro, at the peak of Corcadavo Mountain. Christ the Redeemer was crafted over the course of nine years by a handful of different sculptors. It was inaugurated in 1931. Measuring 30 metres in height and with an arm span of 28 metres, this monumental statue is a testament to Brazil’s religious heritage. Visible from almost anywhere in the city, Christ the Redeemer is an omnipresent cultural icon. The statue has a unique design: from afar, it appears to be an ordinary cross, but, up-close, its delicate features reveal the face of Jesus Christ.

Visiting Christ the Redeemer is a popular highlight of a tour of Rio de Janeiro and most visitors take a 20-minute cog train ride to the summit of the mountain. The statue stands on an 8 metre-high pedestal, which contains a small chapel dedicated to Our Lady of Aparecida. The chapel holds daily services and can be used for weddings and baptisms. At night, the statue is illuminated, transforming into a beacon of light above Rio de Janeiro. 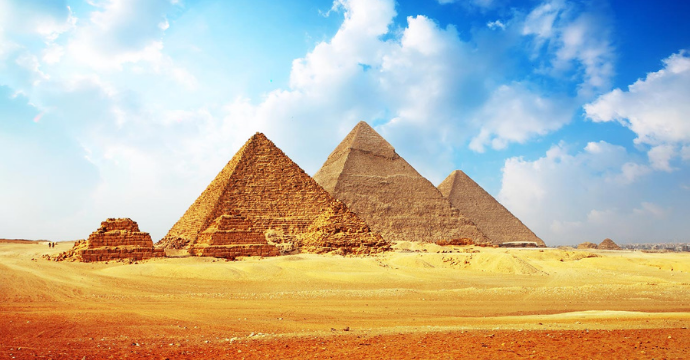