Quebec is the second largest city in the province with the same name. The history of the city is linked to France from its origins. It is the only Canadian province where most of its population is francophone, and English is not recognized as an official language by the laws of the province. Here we will give you a guide of what to see in Quebec so you can enjoy your next vacation trip.

A historic and picturesque city

Quebec is characterized by being a very picturesque city with a lot of charm. The colorful houses and its historical center called Old Quebec declared a World Heritage Site in 1985, very well preserved, which takes us to travel to a French city of the 18th century.

To continue walking through this historic site, we will tell you that you can also visit the Citadel, which was built with the aim of protecting the city. Located next to the St. Louis door. The Citadel of Quebec is the oldest military building in Canada.

In the Citadel is the residence of the governor of the country, in addition to continuing to serve as a military installation, just as in its origins. Do not miss the opportunity to walk through this historical site, you will see several exhibitions dedicated to the military history of Canada.

Architecture full of events and knowledge

Very close to the Porte St. Louis we have a majestic building to see in Quebec, and that will give us a history lesson. There, the National Assembly of Quebec meets and for that reason the construction makes winks to some of the most important people for the development of the province. With its imposing architecture, it invites us to discover the beauty of the place and encourages us to learn more about the political history of the region.

Continuing with the guide of what to see in Quebec, and with a geographical continuity, we have right in front of the parliament, the fountain: La Fountaine de Tourny, which has great artistic, historical value, and an imposing location.

This fountain is adorned by the magical architecture of the Parliament and the walls that are part of the background of the Fountaine de Tourny. Do not hesitate to come and take a picture with this beautiful fountain that was awarded in the Universal Exhibition of Paris of 1855.

Artistic expressions during the summer

Quebec in summer becomes an open-air theater. In several points of the city they install grandstands to attend the cultural shows that the city offers, we find events of all kinds, from comedy shows to juggling that remains in sight to be appreciated throughout the day.

The most recommended are usually concentrated in front of the Château Frontenac and in the square next to the Basilica-cathedral of Quebec. Do not miss the great opportunity to find in Trésor and surroundings. Street artists that flood this central street so full of life and color.

Be surprised by its water richness

Without a doubt, visiting these waterfalls is one of the most impressive things to do in Quebec and an essential excursion in any visit to this great city. They are really spectacular waterfalls and higher than the waterfalls of Niagara itself.

It has a bridge that crosses the falls and gives you the best view to feel the hallucination that generates seeing the force of water from that great height, and if it is not enough, you can launch in the canopy and live this great adventure. To make matters better, you can find some of the best natural Parks in Canada where you can disconnect.

The cathedral of Notre Dame

It is a small basilica that was built by Champlain, founder of Quebec, who ordered its construction in 1633, its facade dates from the eighteenth century and its stained-glass windows are a clear example of French artisan work. The cathedral suffered several fires and the bombing of British troops.

This cathedral is located in the heart of Quebec, besides being the oldest in Canada and the United States; It has a beautiful golden altar and the best neoclassical facade after reconstruction of the facade was ordered to look like the church of Sainte-Geneviève in Paris.

Champlain, the founder of Quebec, ordered its construction in 1633. Its facade dates to the 18th century and its stained-glass windows are a clear example of French craftsmanship. The cathedral suffered several fires and the bombing of British troops. It is the oldest in all of North America.

A city for all tastes

Within the guide of what to see in Quebec, do not forget to enjoy its gastronomy, take a stroll along the beach, take a walk through the old port, enjoy the fireworks during summer nights.

Now you know what to see in Quebec, and you know that there are plenty of plans to do during any season, the cobblestone streets of the old town, the famous Château Frontenac and surroundings with first-rate natural jewelry make Quebec a very interesting city for visitors. 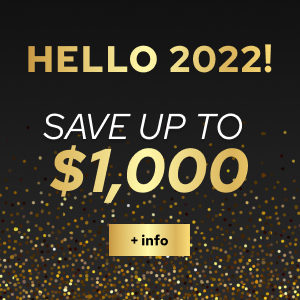